CES 2020: bHaptics lets you feel the hits with their TactSuit

There's been a few companies that have tried haptic suits, but bHaptics seems to be doing it right. I stopped over at their booth today and tried on their TactSuit.

The Tactot is a vest with 40 vibration actuators, 20 on the front and 20 on the back. This is the consumer version that bHaptics will be selling for $499. The suite easily slips on with a zipper in the front and a Velcro panel on each side. Just tight it up and you're done. On the back near the top is the battery pack. You'll get roughly 10 hours of gameplay on one charge. 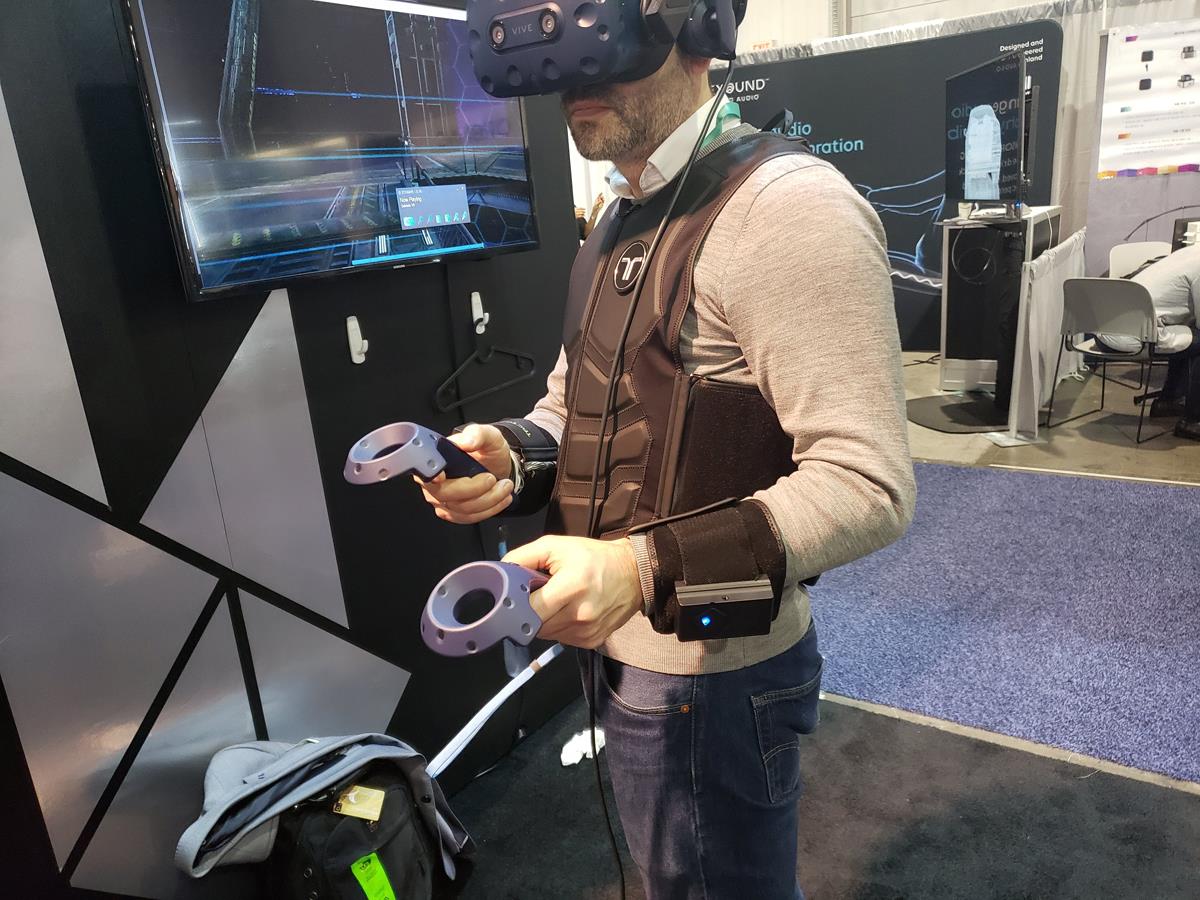 Connection to a PC or tablet is through Bluetooth. The packets sent to the suit are small enough that it introduces virtually no latency. There's two modes of operation. The first one can take the 7.1 surround sound that games or movies generate and produce haptic effects. Now, you can adjust how the effects are felt and you can even filter out things such as your own gun shots or footsteps from generating the signal to vibrate the vest. The other way the suit can work with a title is through native support.

bHaptics has developed software that will allow developers to easily create and import how the effects are generated into their own game. It provides a much better experience and developers can have finer control on the suit such as which actuators get activated and the type of vibration is generated.

There were three demos I went through at the booth. First I'll talk about the 7.1 simulated option. I played Overwatch and thought it felt, OK. I mean, there were some good effects and I felt the front of my chest rumble as I was unloading on a machine gun, but compared to the other two demos, it wasn't the best experience out of the three. 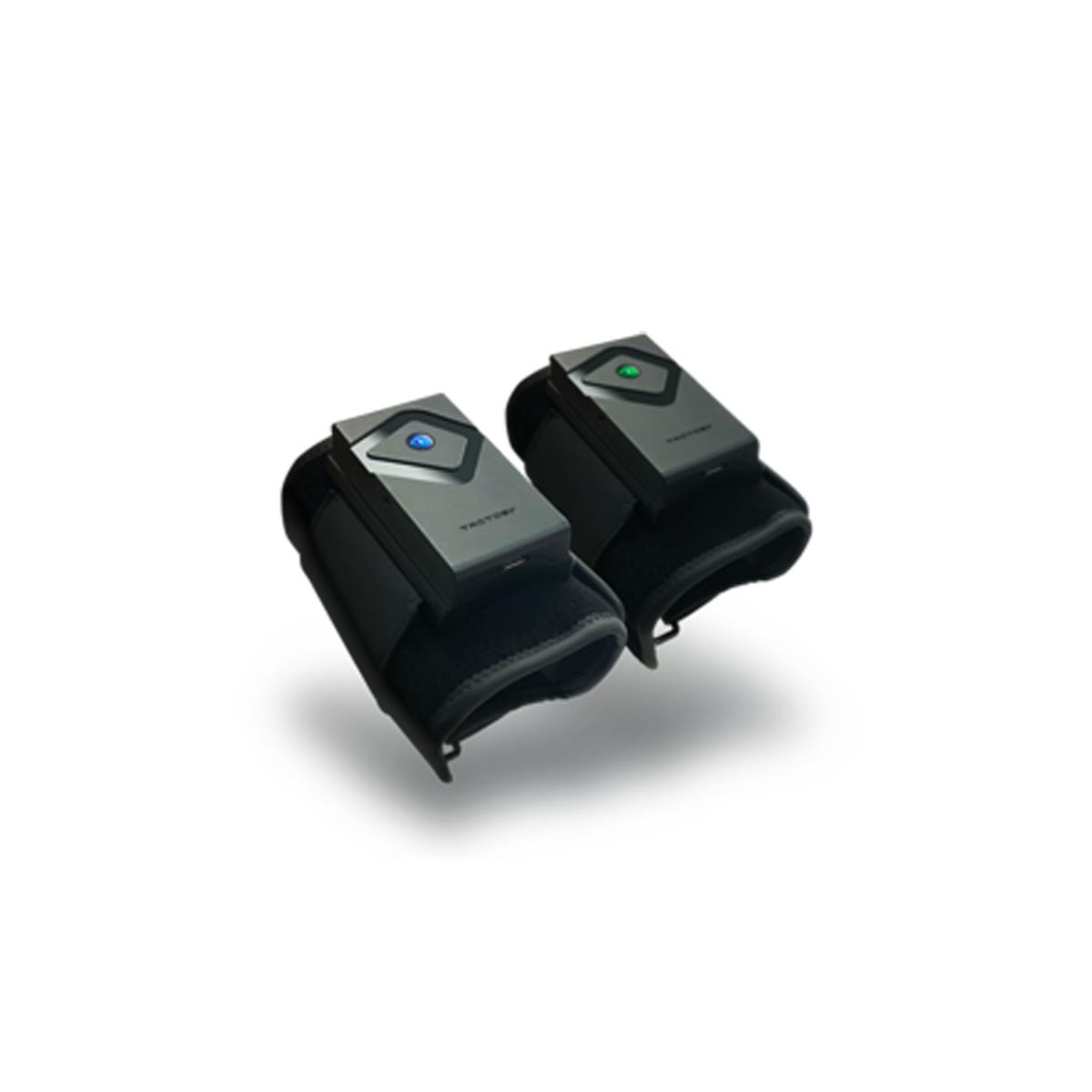 Now playing Sairento VR was something. For this, I was also equipped with left and right arm actuators. The more expensive tiers from bHaptics comes bundled with these. Sairento VR has native support for the TactSuit so I was excited to feel how this one worked out. And let me say it was pretty impressive. When firing a gun, I felt the arm that was firing vibrate on each shot. When being hit from all directions, I felt on my body where I was being hit from and there were even different vibrational effects. It really added another dimension to gaming in VR. I hope more games include native support because this was really the way to go and the best way to take advantage of the suit's capabilities.

The final demo I tried out was listening to various musical selections with the suit on. So not only are you hearing the music, you're also feeling it. Suffice to say, it was a very unique experience and like the Sairento VR demo, it added another layer to it. It's hard to describe the sensation of feeling music along with listening to it, but I'm definitely a fan. I can see it not being something for everyone, but from my time at the booth, there were a lot of folks excited about it after demoing it. 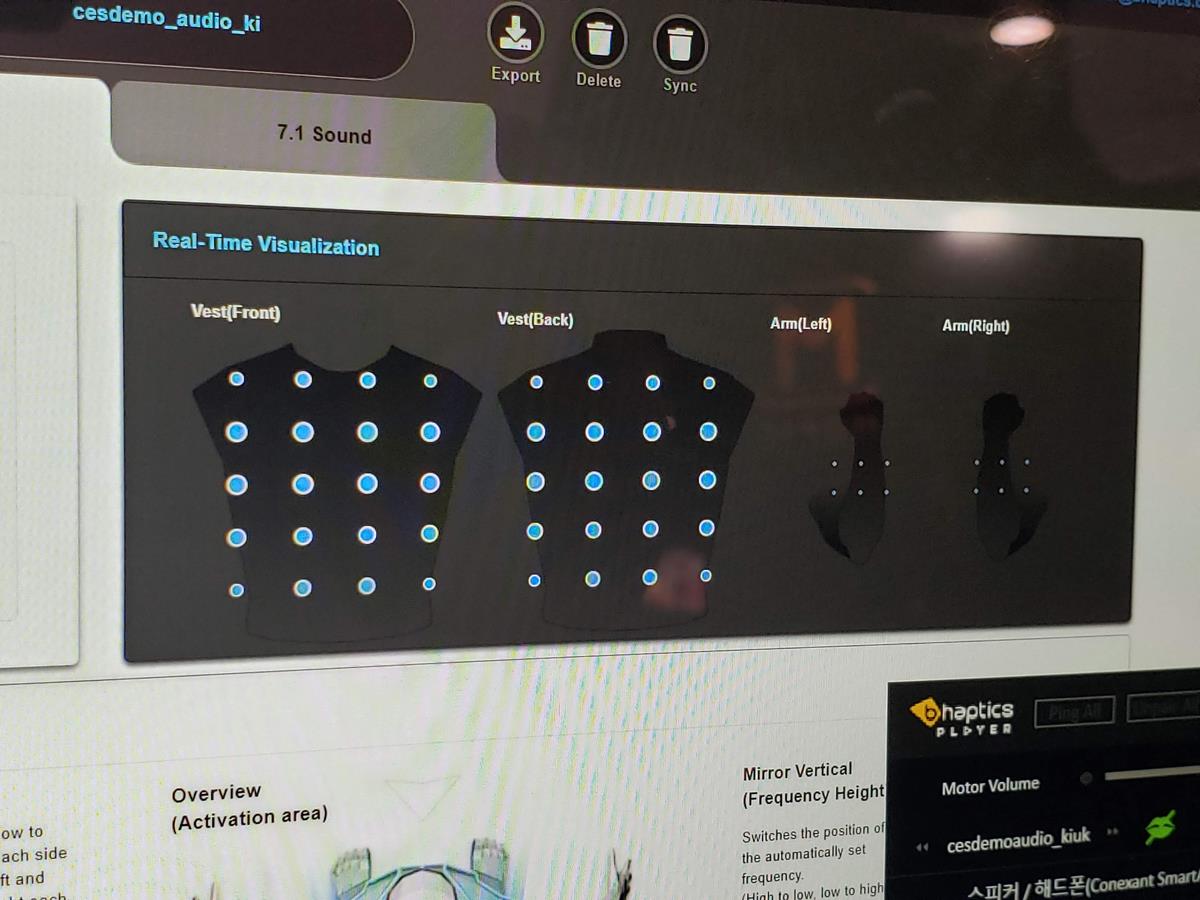 bHaptics has a pretty interesting product in the Tactot and with their move into the consumer space, here's hoping there's more people out there picking one up and seeing more support from developers for it. While you can use the 7.1 emulation on pretty much any gaming title, there's just no comparison when you try it out on a game with native support.