CES 2020: My Arcade takes mini arcade cabinets to another level

My very first stop of CES 2020 was at the My Arcade booth in the South Hall. There was one product in particular that really caught my eye and another that will appeal to retro-gamers who want a portable solution.

Coming this Summer, My Arcade is releasing a Street Fighter II Championship Edition micro player that will have switches for the buttons and joystick for a more arcade like feel. The unit has the six button layout that we all know and love and the unit is a little bigger than past micro players to accommodate the extra buttons. 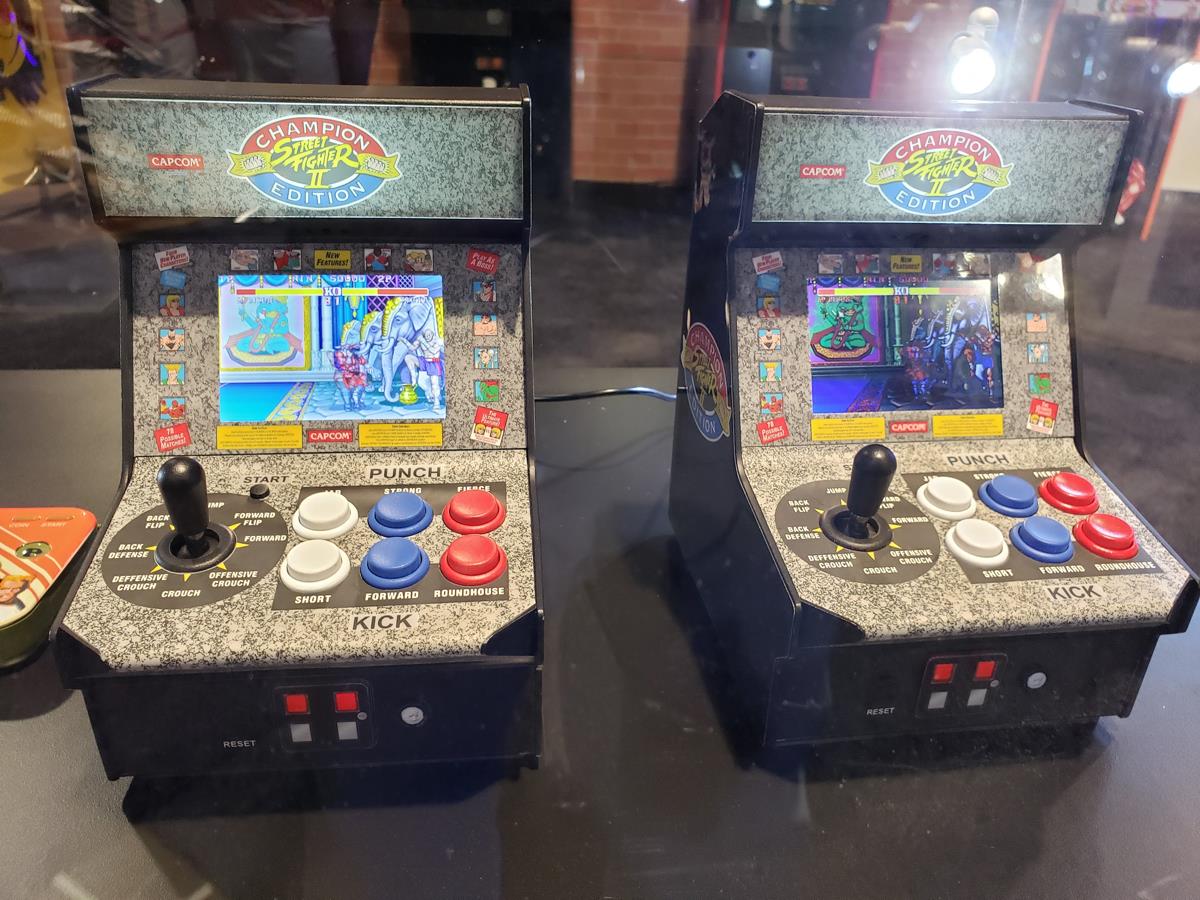 But what's really cool is you can connect two machines together on the back with a 2.5mm cable. Yup, play head to head against someone on two tiny Street Fighter II cabinets. Pretty neat, right?

I asked why they went with a 2.5mm cable instead of something more standard like say a USB and they wanted to distinguish the cable from others. I also asked if you could use any 2.5mm cable should say it breaks, and they said it might work, but to contact support if you need a replacement instead. 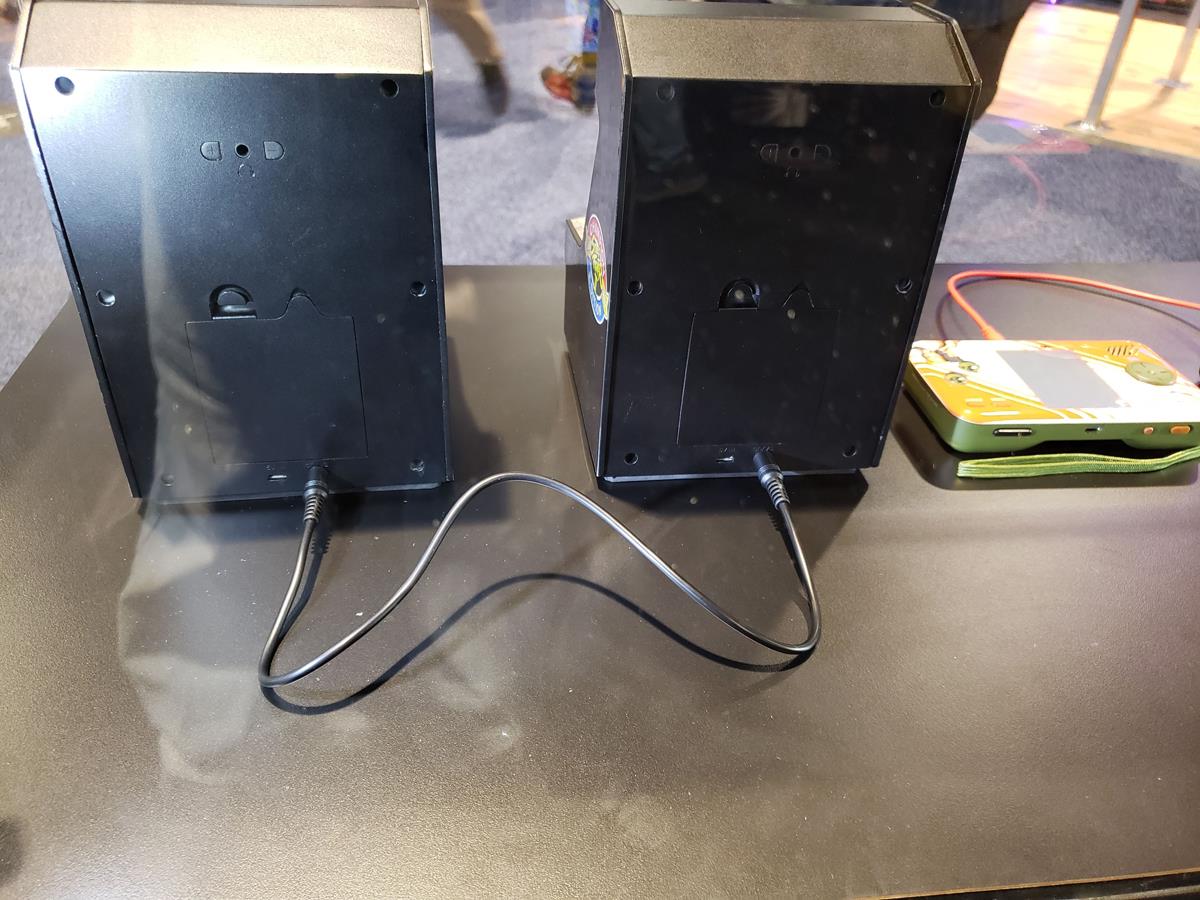 Inside the display cabinet was also a taller Contra micro player and it too had Co-Vs connectivity for two machines to sync up and play together.

Finally, while their Retro-Champ is finally launching, they showed off the Super Retro-Champ. Besides SNES support, you'll also be able to plug in Genesis, Super Famicom, and Mega Drive. That's a good lineup of systems. It's got a black scheme, includes the cleaning kit, and will come bundled with the controllers. It's going to have the same screen as the Retro-Champ but increased battery life. Look for it in the Holiday season of this year for $109.99 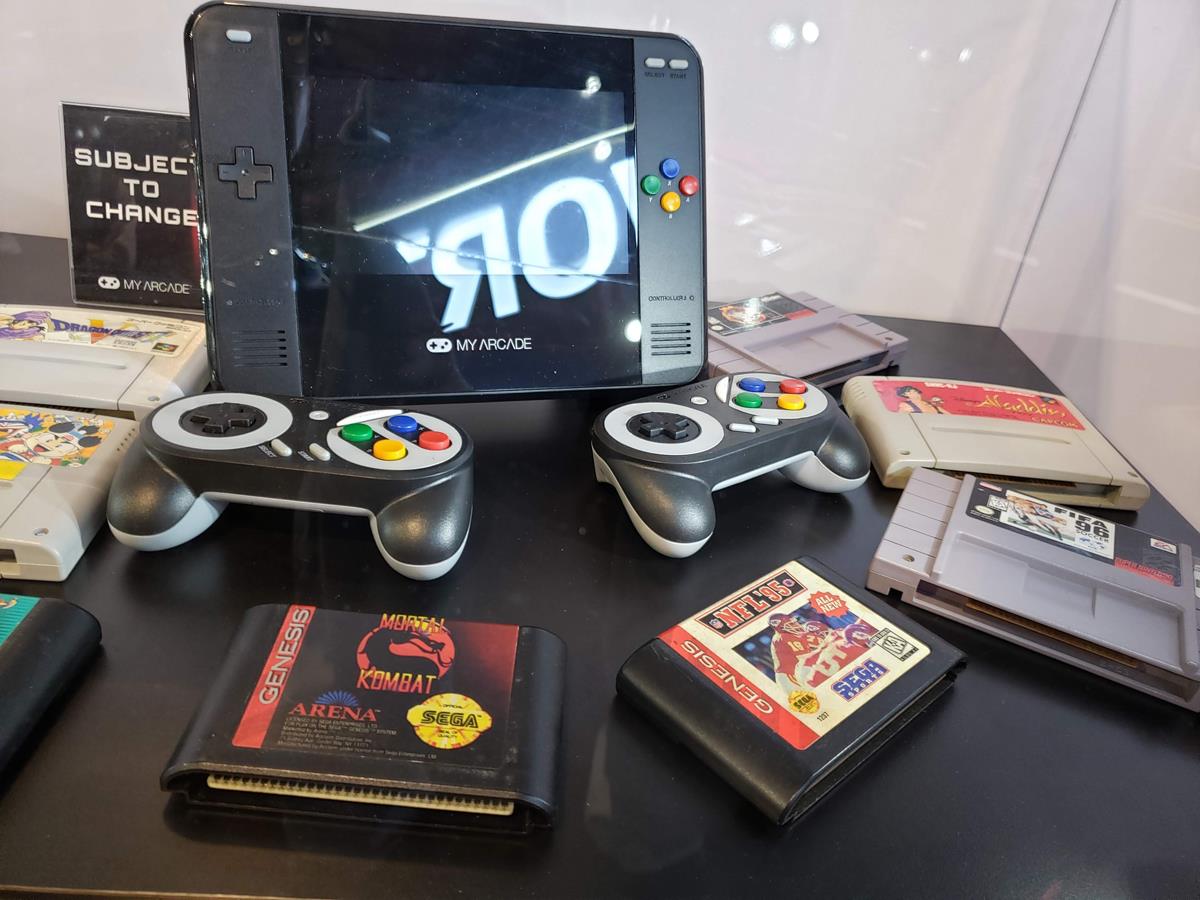