CES 2020: Rumor is Arcade 1UP is announcing a Star Wars pinball machine this week

Leaks last Friday showed that Arcade 1Up is planning on releasing a 3/4 scale pinball game with an announcement coming this week at CES. Pictures show it's a Star Wars themed machine and I've heard the are partnering with Zen Pinball Studios to do this.

Some really cool features are that it has solenoids in the flipper buttons so you'll get that feedback like you're activating real flippers even though they will be virtual. The top will be a 24" LCD screen and Arcade 1Up is aiming for 1080P resolution at 60 fps. An acrylic top will protect the screen.

The legs can be height adjusted so you can move it up and down based on whats comfortable for you.

A faux coin door with some buttons will be on the front so you can simulate putting in coins into the machine.

WiFi will be a feature for the machine, but right now it's been said that it's just for software updates and not for getting new tables. That's not to say in the future you won't be able to get new tables, but that's not the plan for now.

$500 is what they are aiming for, but we'll have to see if they are able to hit that price.

If someone is able to get the WiFi to download tables from Zen or even Visual Pinball, well that would make this really damn awesome. Then you're not limited to just a subset of tables available and this really turns the product into a very versatile virtual pinball machine for those who don't have the skill to make one or want to spend thousands of dollars on one.

I'm going to scour the show floor next week in trying to get an up close view of this. Right now, Arcade 1Up isn't listed in the CES exhibitors search or show floor map, but you can bet I'm going to look for them once they establish where they will be. 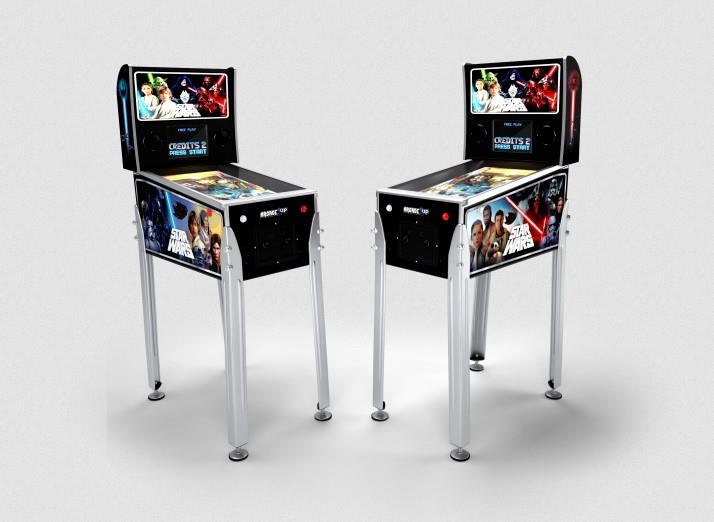