More disposable income but less disposable time made 2010 through 2019 one heckuva decade in gaming for me. I went from collecting government benefits to having a government job with bennies. I celebrated 14 years with my wife and 15 years with Gaming Nexus. I have a daughter that's only a few months older than Skyrim. I've played reboots that originally came out when I was her age. So, setting aside all the expressions that equate the 2010s with being a teenager, this decade has certainly experienced a lot of growth, both awkward and compelling. These are my 10 favorite games of the past 10 years. There’s no order to these aside from the order they came to mind when building this list. 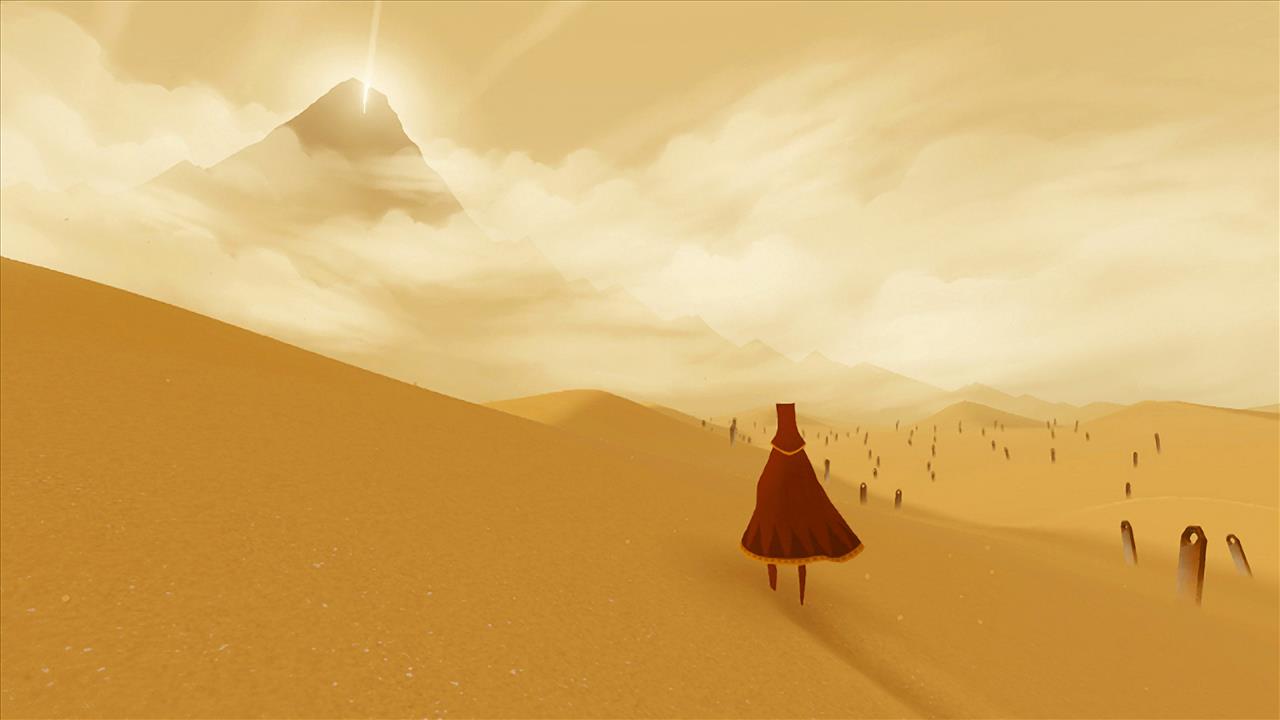 #1 Journey – I watched the kiddo play this game for the thousandth time just the other day. And you know what? That ending still gets my eyes feeling hot. Almost five years after its PlayStation 4 launch and still, somehow, at 8 p.m. on a random, wintry Saturday night, she met and ushered another person wearing a red cloak with the telltale embroidery indicating they'd only made it through the (short, meaningful, wonderfully replayable) adventure only once before. My daughter, resplendent in her veteran white cloak and impossibly long scarf, ushered them past the ca-chunka dragon factory, through the sandy tombs of the underdark, up the waterfalls of air and light, and into the mountain's gap that's narrow enough to make two players hold hands as they walk in together. Video games don't make me cry. But watching my daughter grow up with this game makes me cry. 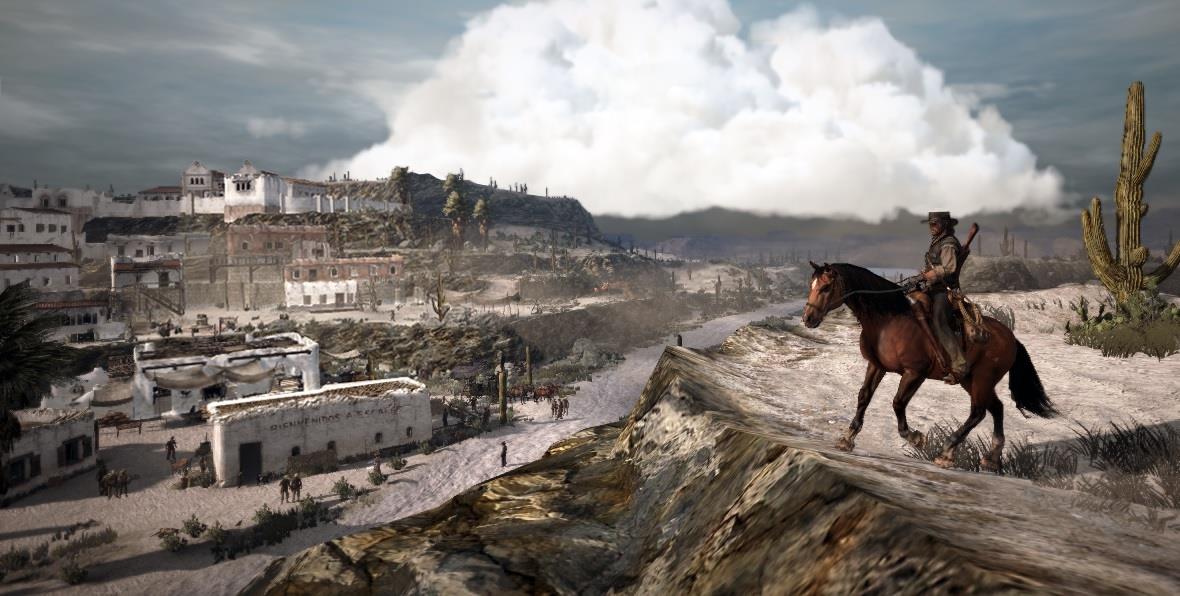 #2 Red Dead Redemption – This wasn’t the first game to disrupt our marital bliss. But it was the first game forcing my wife to create a Widows of Red Dead Facebook group. “That’s the game where you walk around and say, ‘Howdy!’” my daughter said about it. John Marston blew me away with his unshaven but polite mannerisms that his wanted posters could never admit to. The map, time and time again, left me slack-jawed by its hand-whittled craftsmanship. Just because I could, I once slow-walked from The Old Gringo saguaro cactuses in southwest Mexico up to the pier Marston first landed on with the feds in the northeast. And the whole redemptive analogy that, full circle, turned back into a revenge narrative? Red Dead Redemption’s place is right alongside the finest films, television, and literature of the genre. 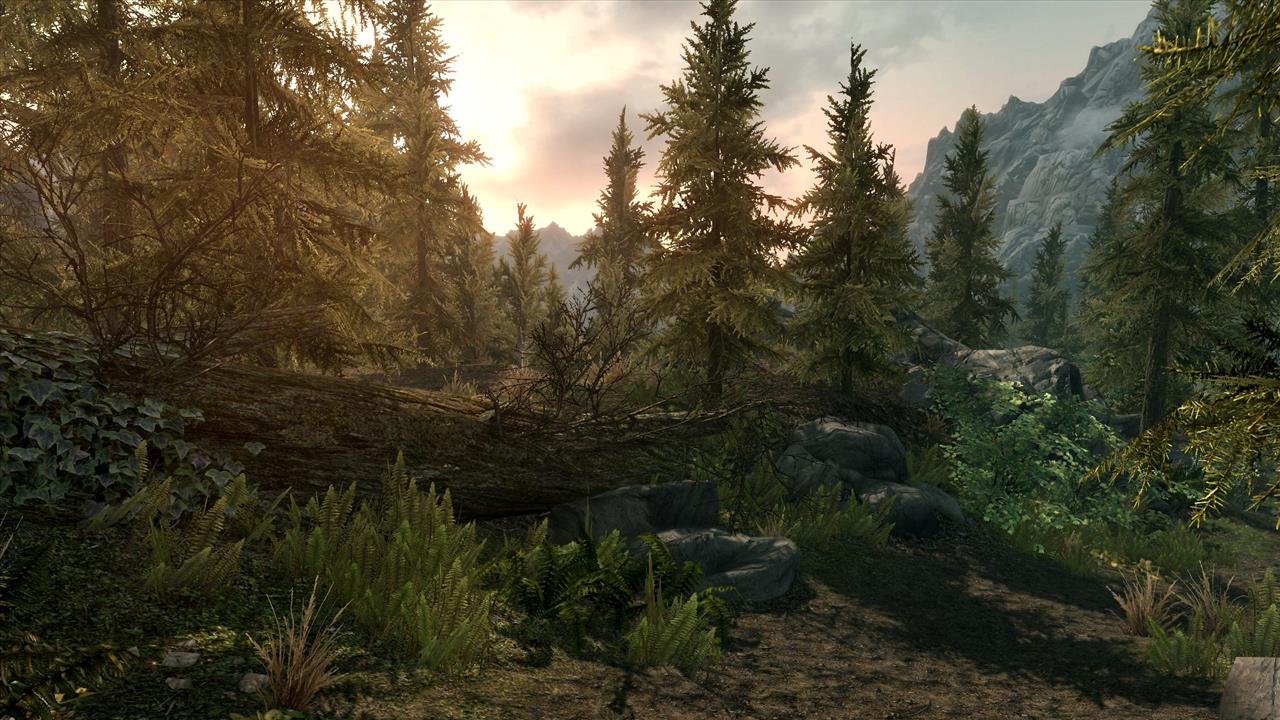 #3 The Elder Scrolls V: Skyrim – Skyrim is such a household name that I forget it has that entire “The Elder Scrolls V” part preceding it. Skyrim may very well become the last great single-player Elder Scrolls we ever get, but I’ll leave Bethesda’s direction out of this. Fact of the matter is, Skyrim—and everything you can and cannot do in it—is where I find my balance, as well as where I throw off my balance. As I’ve evolved, so has this game with me. The landscape is great, but it’s been more interesting to travel the entire Bartle Taxonomy of Player Types. I began as an Explorer interacting with the world; always my foot in the door of any role-playing game. I became an Achiever acting upon the world; driving the central narrative and lining out the side quests like I’m charting on some kind of to-do list leaderboard. I was always the Socializer, despite Skyrim being single-player; interacting with every character, empathizing with every story they told, even if told within that one surviving transcript in a pile of ruined books. I even became the Killer, making prodigious use of a quicksave button, of course; acting upon the NPCs, taking their arms and armor, taking their household goods, all the way up to taking their lives. Skyrim is what you make of it. And you can farily make anything of it. I wasn't picking a Game of the Decade. But if I was, Skyrim would be it. 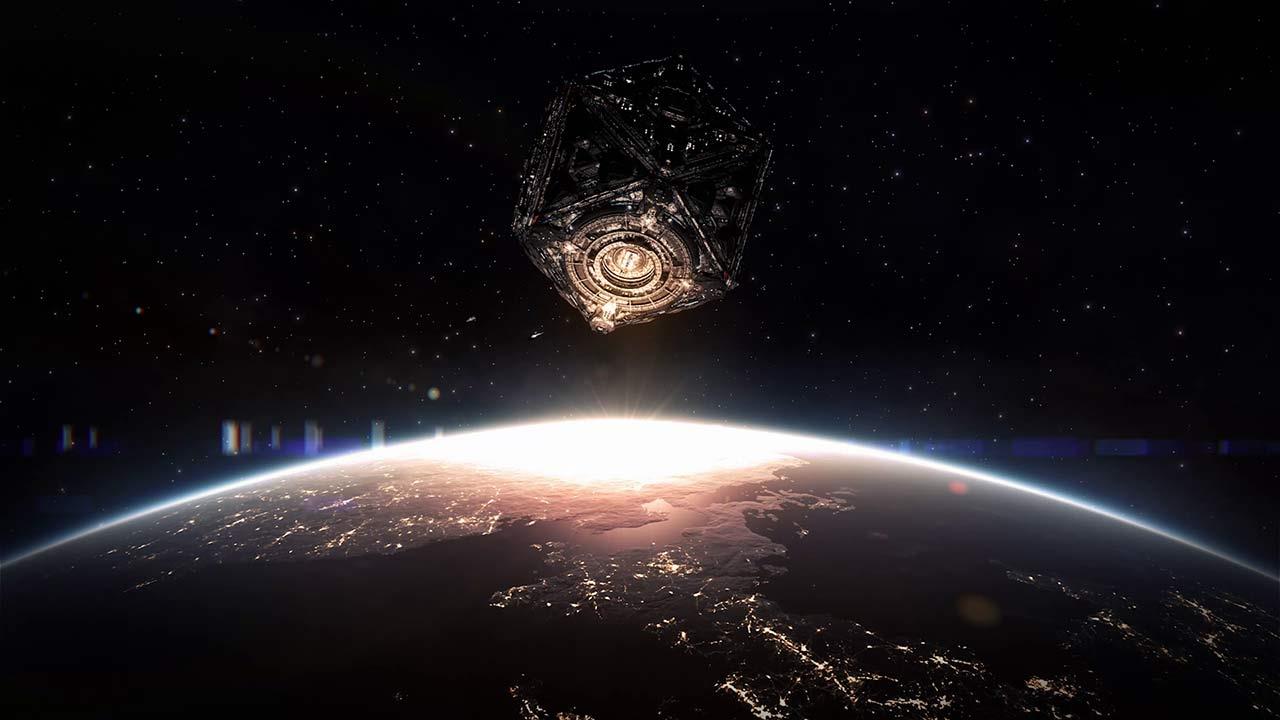 #4 Elite Dangerous – Elite Dangerous came to me when I was working my way out of a certain addiction. Don’t worry about what kind of addiction—it’s none of your business (smile). But as I worked through the reading, writing, and meetings of this addiction, the game’s wide-open Milky Way became part of my roadmap to recovery. Discovering constellations and nebulae outside of Earth’s perspective. Plotting a course between entire arms of the galaxy. Taking vivid snapshots all along the way. You’re stuck in your ship, yes, but aside from that limitation you can travel to each and every one of its 400 billions stars. There’s no better way to get outside of yourself in a video game format. Elite Dangerous changed the way I look up at the night sky. Plus, I had a lot of laughs just getting my bearings and learning how to fly those complicated ships in the first place. 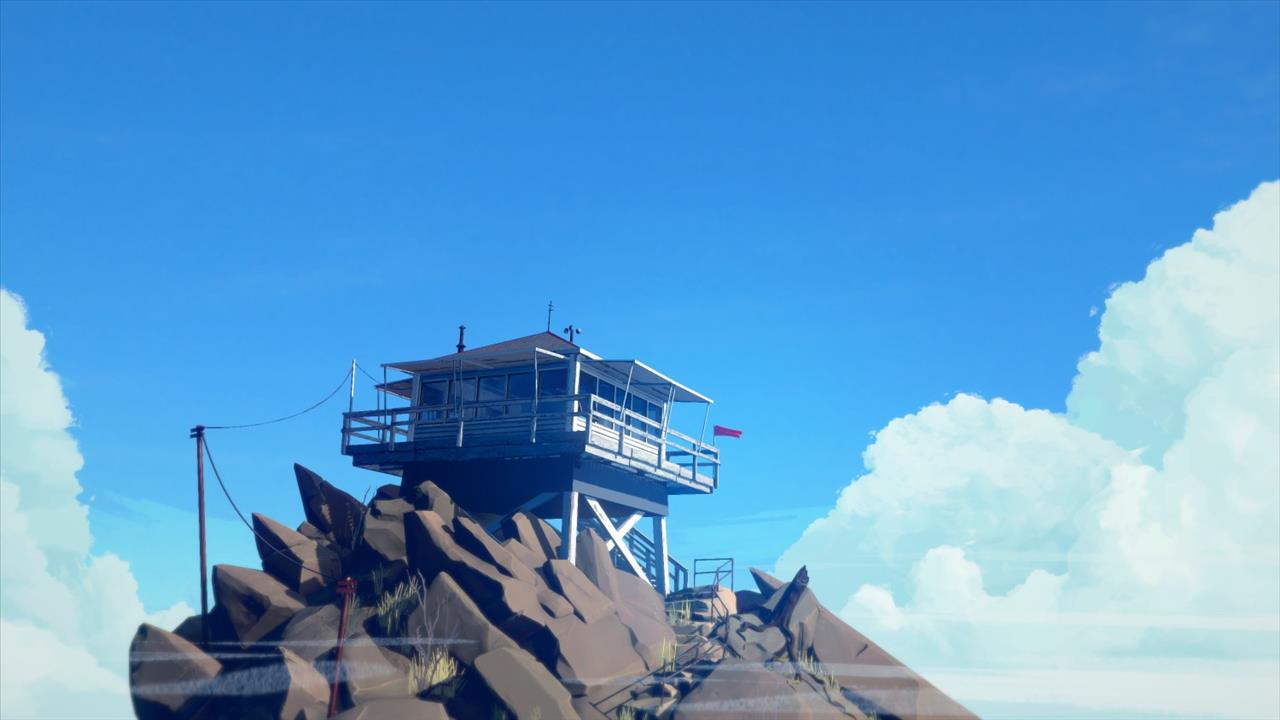 #5 Firewatch – Again, sometimes a game comes to you at the right time, meeting you in the right place. That was true for me and Firewatch. Not that I was escaping a complicated marriage. Not that I have a special place in my heart for wildfires in the Wyoming wilderness. And not that sixth grade made 1989 the best year of my life. But maybe it was a little bit of each of those things. Marriage is almost always complicated, and if you can figure out that escapism isn’t the answer through a video game, all the better. My day job has me providing uniforms and supplies to wildland firefighters out here in the Oregon wilderness, so I felt that gut-wrenching pull as the forest turned orange and then black in Firewatch. And, well, maybe 1989 did introduce me to my first kiss as I negotiated the treacherous waters of first loves and adolescent heartbreak. She looked like white Michael Jackson and I was totally into Bad. As I get older, the idea of eventually retiring into a converted fire lookout tower is ridiculous, but hey, what fun are dreams if they’re entirely realistic? 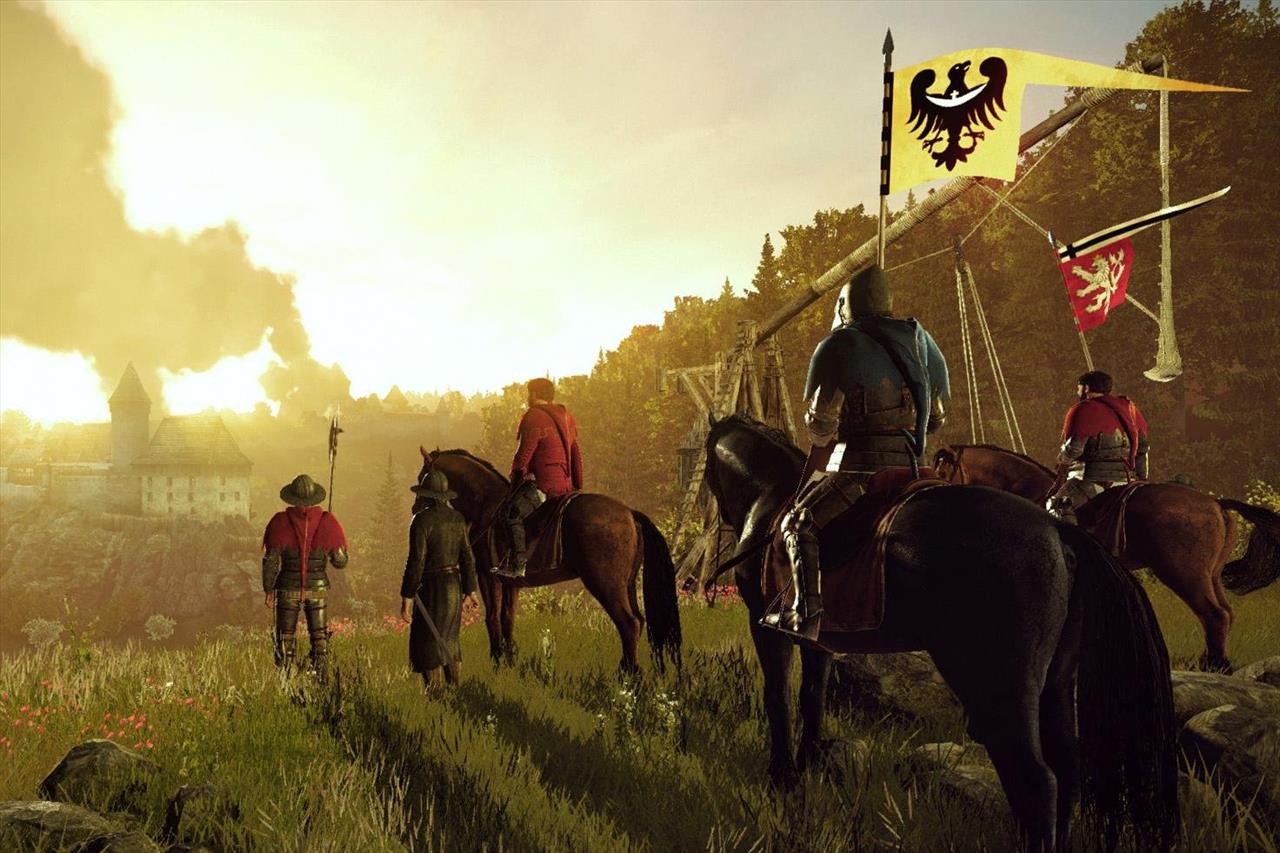 #6 Kingdom Come: Deliverance – I haven’t visited Ancestry.com or gotten DNA genetic testing and analysis from 23andMe. But I have gone to a family reunion or two and learned that half of my heritage hails from Central Europe. Specifically around the Austria-Hungary-Bohemia heart of the Continent. Kingdom Come: Deliverance 100 percent takes place there, putting me in the shoes of a blacksmith’s son, cavorting across the realistic landscapes and recreated townships, and basically getting some historical-fiction nourishment as opposed to the pure fantasy that is the majority stakeholder in video games as a whole (not a criticism). Complexity is layered into melee combat, the armor is dopey looking in the way that medieval armor was dopey looking in the 15th century, and the fun but sometimes problematic boys-will-be-boys storyline was kind of the point. 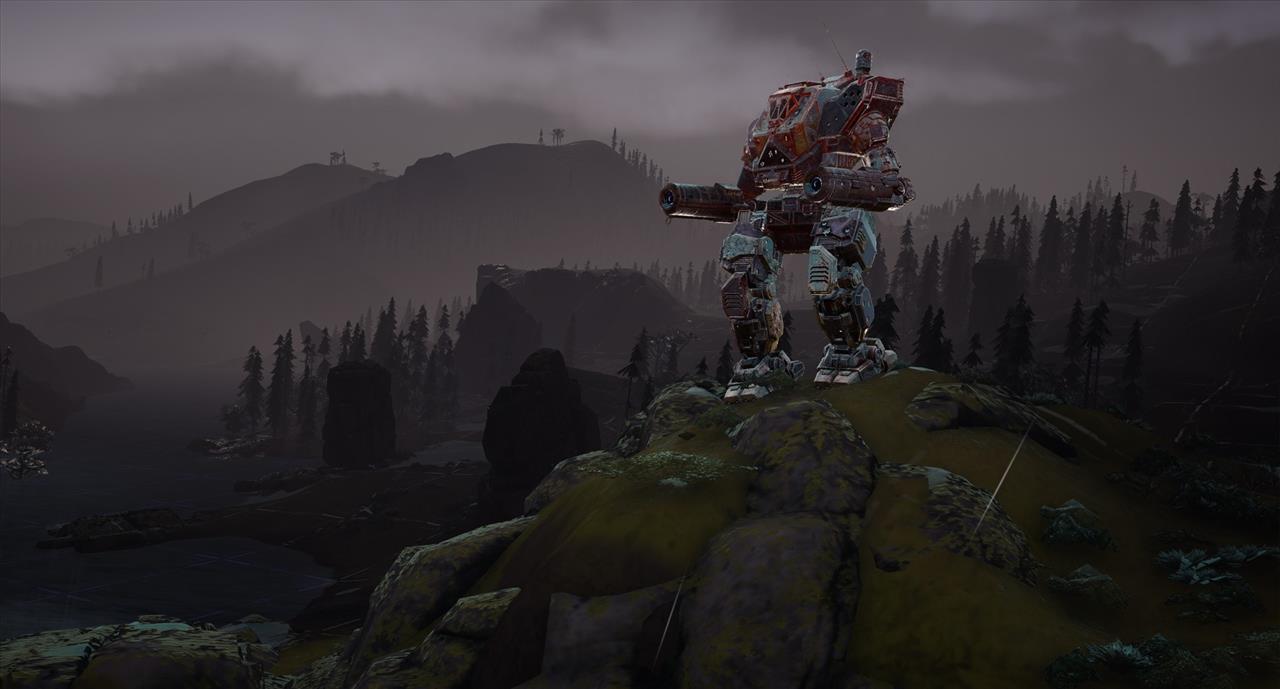 #7 BattleTech – I’m no BattleTech snob. But before Harebrained Schemes released this (finally) turn-based version of the famously plodding but real-time robot combat series—before that—I’d only played the tabletop RPG in the ‘90s. We’re talking rulers laid along lines of sight, tons of six-sided dice, and even more filling in and erasing of individual body-part-specific hit points on our torn and terrified character sheets. BattleTech brought me back to that place. The MechWarriors and MechAssaults, despite taking place in the same universe, never did it for me. This is Chess not...Speed Chess. Cones of fire, positioning, and cover are on a level that even XCOM abandoned. And being a mercenary captain whose only job is to find the next job never hurt nobody. 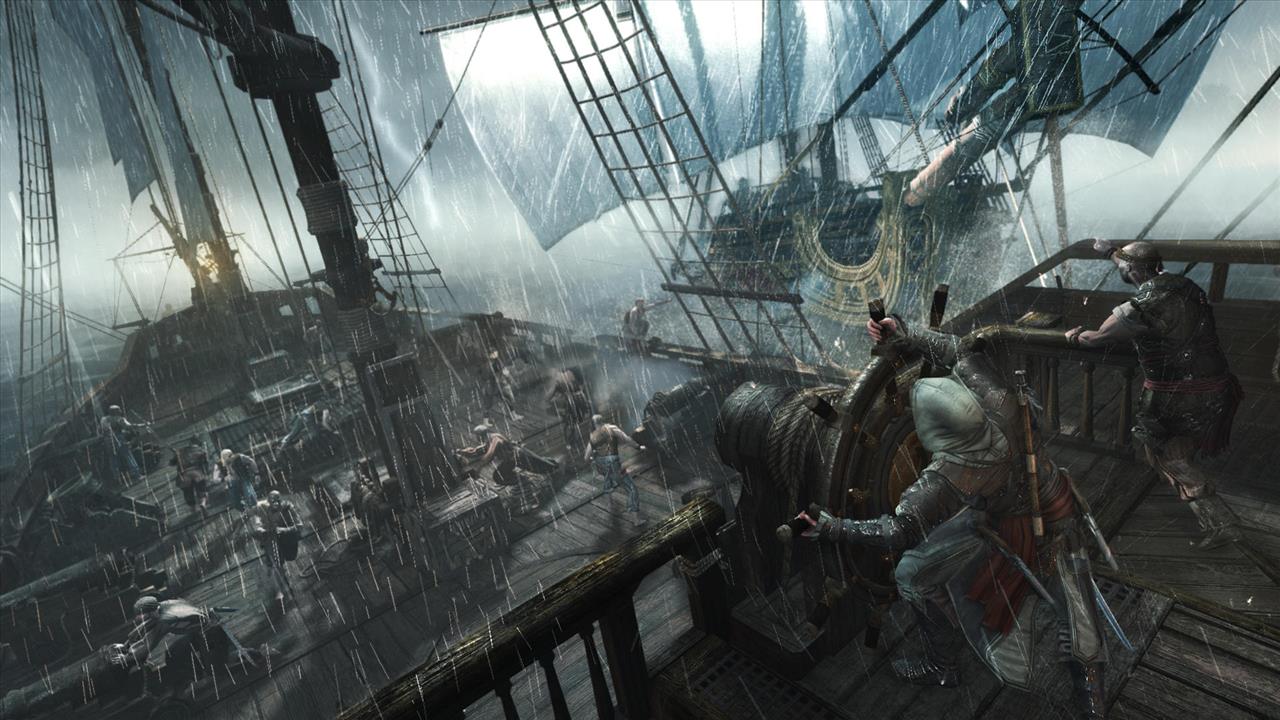 #8 Assassin’s Creed IV: Black Flag – Some games just speak to your core. Black Flag found the little boy in me that loitered all Christmas long in the LEGO aisle, praying Santa would bring him that pirate ship with the red-and-white striped sails. It found that kid that would wreck shop playing Battleship against his friends. It found that 20-something in me that followed in my father’s footsteps to join a U.S. Navy that took him all the way around the Pacific Rim. Also, I was spinning those legit sea shanties for six months straight. “Leave Her, Johnny” and “Randy Dandy-O” might as well have been the entire soundtrack of my Navy years. Black Flag’s antihero was an impostor, too, and having imposter syndrome is how I’ve felt like during each and every stage of my life, no matter what I was doing. Except for Sea of Thieves, nothing else has quite captured that open ocean salt spray and sea dog life like Black Flag has.

#9 No Man’s Sky – You could argue that No Man’s Sky is a better game today than when it launched. You could argue that it took years to get to that point. And I’d agree—to a degree. But then I’d remember back on those first halcyon days of No Man’s launch. When the possibilities were still endless, the journey was still infinite, and the loneliness was so thick you could cut it with a knife. Before it became a bottomless inventory management grind it was a 2001: Space Odyssey survivalist’s dream. The ideas were bigger than the reality and I actually preferred it that way. Slightly more varied landscapes and more sensible creature models was never the point for me. Interacting with other players was a launch-day falsehood that eventually came true, but was never No Man’s Sky in its truest form. Not in my opinion. Yes, you could argue that No Man’s Sky took years of nose-to-the-grindstone additional development from Hello Games to even be considered for this list. But I still think everything No Man’s Sky aspired to be on launch day—and yet fell short of—wasn’t the better game, but was still the more compelling narrative. 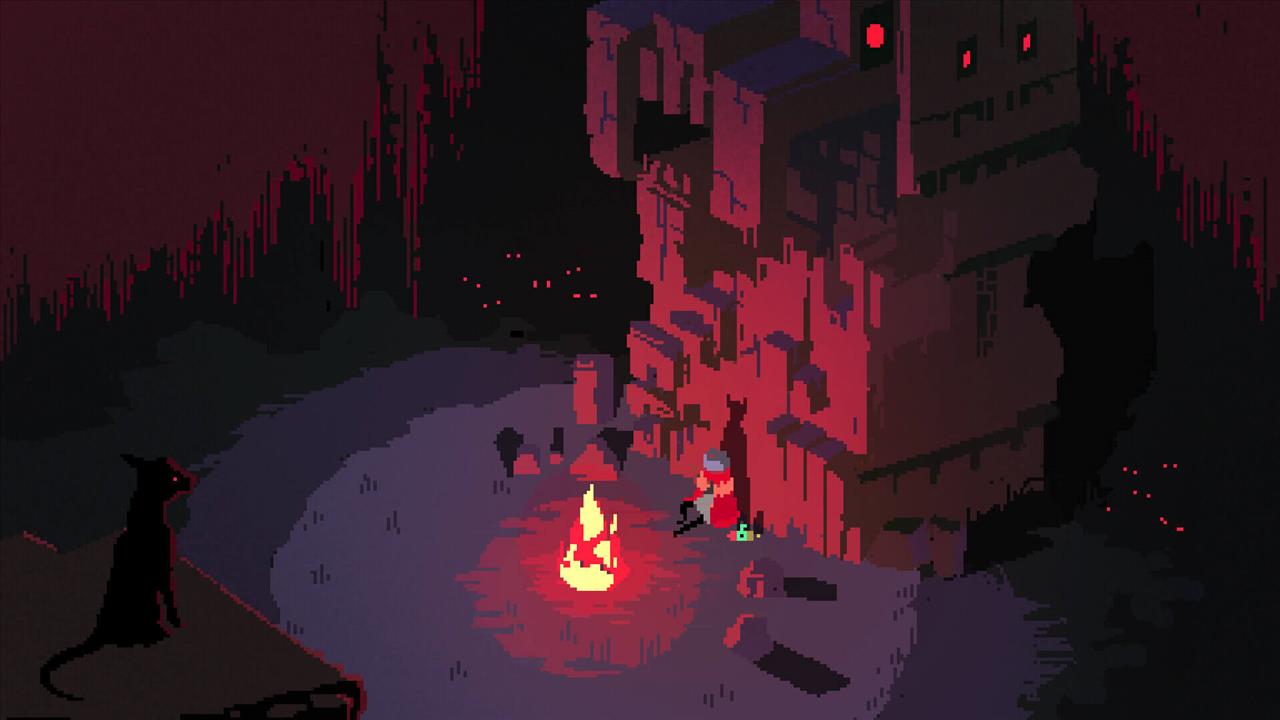 #10 Hyper Light Drifter – A just-rode-into-town bad boy with a heart of gold. Whether you’re Mad Max, The Witcher, or John Marston, it’s a story that constantly speaks to me. I guess I’d always been something of a drifter myself. Never sticking around jobs, friends, or family for too long. Hyper Light Drifter just happened to change the “heart of gold” part into “heart failure.” With my dad just registering his first heart attack just before Thanksgiving, and as I step on the gas on my own McDonald’s-fueled road to becoming pre-diabetic, Hyper Light still finds a way to punch me in the gut, as the protagonist coughs up a lung in the cutscenes—never a good sign in the movies, of course. Hopefully I eventually get the message. Until then, Hyper Light Drifter’s pixel-perfect world, iron-fisted difficulty, and wordless storyboarding is quietly one of the best games of the decade.