Google keeps steadily unlocking the functionality that was promised, bit by bit silencing the nay-sayers. After unveiling their new multi-screen feature with the release of Ubisoft's Ghost Recon Breakpoint, Google also quietly turned on their Stadia achievement system yesterday around noon, with a quick announcement on Twitter. 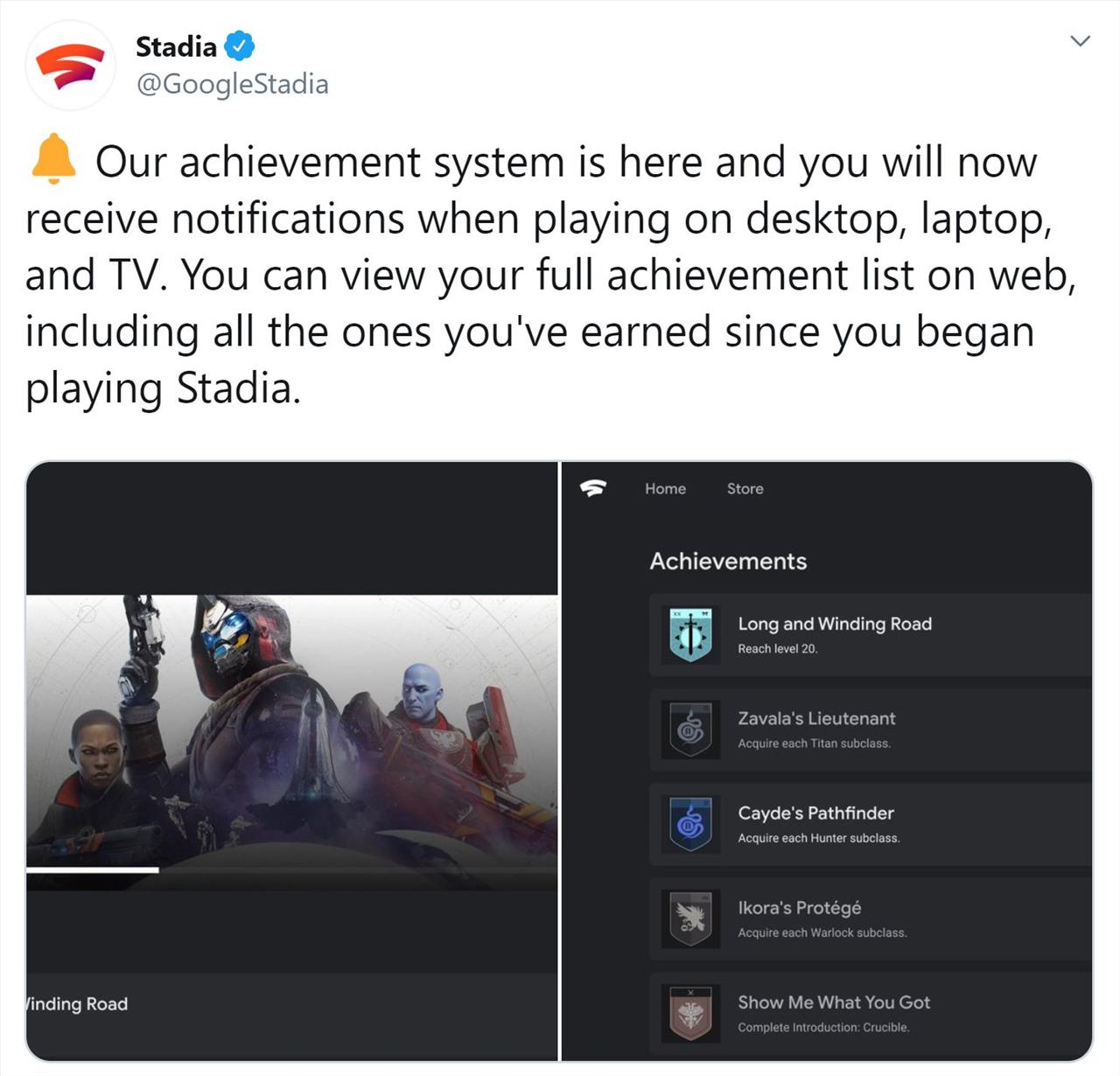 I hadn't realized this had happened until early this afternoon. While playing Assassin's Creed Odyssey, I went to cleave an enemy ship in two for the first time, and was shocked to see an achievement pop up on my TV for doing so.

A quick trip to my computer revealed that not only are achievements active, but Google has been compiling them since the system released, retroactively unlocking everything you have done so far (I may have mentioned, my family has been playing a lot of Just Dance 2020).

Instructions for how to see your achievements are a bit tough to find, so I went to Stadia's support page and snagged them for you:

Get a summary of all your achievements at stadia.com

You can view all of your achievements, including ones you haven't unlocked yet, for your games that support them:

Under your name, you'll see a list of all your games. Under each game's title, you'll see:

Note: A summary of your achievements can only be accessed from the Home screen. If a game doesn't support achievements, it won't display achievement information.

Put another notch on Stadia's belt. At this point, fans have received every promised 2019 game, the multi-screen function, and achievements. Keep an eye on Gaming Nexus for news on more features as they release.