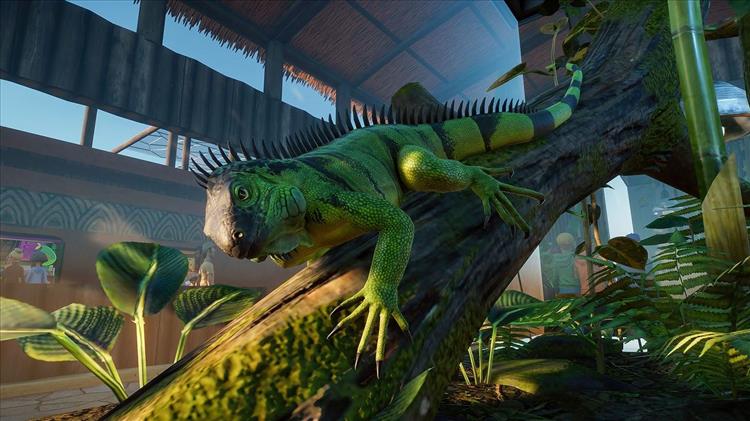 Randy Kalista
Hm. Purdy quiet 'round these here parts. Holidays got everyone tucked into other activities, I suppose. As for me?

The fun of Planet Zoo's tutorialized career mode continues to elude me. I've had to move straight into sandbox mode to finally get what I was looking for in this Prison Architect for Animals game. While I've wowed myself with a particularly keen public restroom placement, or my clever hiding of employee-only facilities, the "Zoopedia" hides the games most stunning moments. I've learned that momma grizzly bears give birth to cubs during hibernation without waking up, while the cubs root around for mother's milk, just waiting for mom to open her eyes again in spring or whatever. Also, that, y'know, Giant Burrowing Cockroaches from Australia are a popular pet because "they're easy to handle." I mean, what? So, even though it's nearly impossible for this noob to duplicate the gorgeous LEGO brick possibilities shown off in the tutorial zoos, I'm getting there. Planet Zoo is just asking for more patience than I've got pooled together right now.

Also, if I may hijack this space to talk a little about D&D, too (*looks around the room for vague approval*), the Gaming Nexus D&D Slack channel has made progress in the Baldur's Gate: Descent Into Avernus adventure and source book. A meeting with a mercenary captain led to a meeting with an information broker, which led to some physical therapy in an unnamed bathhouse and a bloody handshaking session with a devil-worshiping cult in a sewer-leaked dungeon below. John "Bruce Lee Fanboi" Yan has acquired a frightening number of attacks with his nunchuk-swinging thri-kreen, while Eric "Angry Kaybee Store Manager" Hauter keeps a fresh decapitation in his bucket and a jaunty tune on his lips. Good times.