I'm sure a lot of people remember as a kid going to a place like McDonalds or Burger King and begging their parents for a Kids Meal or Happy Meal. If you were like me it was mostly for the toy, especially if it was related to a video game (I still have a couple of the Super Mario Bros. 3 and Sonic the Hedgehog 3 toys from all those years ago). Video game toys still make their way to kids meals now and then, and starting December 1st through February 29th kids can enjoy Sonic the Hedgehog toys at Arby's.

As part of their Game On Kids Meals, kids can get one of eight disc toys featuring Sonic, Tails, Amy, Dr. Eggman, and more with their kids meal. To celebrate the partnership between Arby's and Sega, Sega will be offering an in-app promotion for Sonic Dash. Simply download or update the app during the promotional window to receive fifty red star rings to unlock characters, items, and more. 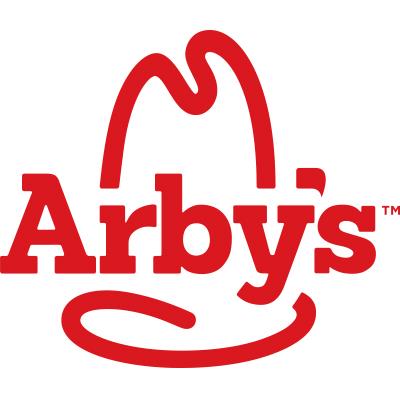 SEGA and Arby's Team Up to Add

Burbank, California — November 22, 2019 — SEGA® of America, Inc. announced today that it is partnering with Arby's®  Restaurant Group, Inc. for a limited time promotion featuring Sonic the Hedgehog collectible toys. Since Sonic first debuted in 1991, the iconic franchise has been one of the most popular video game brands of all time.

Beginning December 1, Arby’s restaurants nationwide will carry an exclusive toy line collection for its Game On Kids Meal which will feature eight disc toys starring Sonic and his friends, including Sonic, Tails, Knuckles, Amy Rose, Dr. Eggman, Shadow and more. The line will be available at participating Arby’s restaurants across the United States until February 29, 2020.

“We love working with partners who get us, and Arby’s does.” said Ivo Gerscovich, Chief Brand Officer, Sonic the Hedgehog & SVP SEGA of America. “They’ve done a great job with the Game On Kids Meal to integrate content and encourage collectability. We look forward to delighting fans and new audiences via this program as Sonic races into a landmark year ahead!”

To celebrate the partnership, SEGA is offering an in-app promotion on Sonic Dash, a popular mobile game where players must dash, jump and spin across stunning 3D environments in a fast and frenzied endless runner. Simply download or update the app during the promotional window to automatically receive 50 red star rings to unlock characters, items and much more.

Sonic Dash® is available as a free download on the App Store and Google Play. For more details about the game, visit: https://www.sega.com/games/sonic-dash.

About SEGA of America

SEGA® of America, Inc. is the American arm of Tokyo, Japan-based SEGA Games Co., Ltd., a worldwide leader in interactive entertainment both inside and outside the home. The company develops, publishes and distributes interactive entertainment software products for a variety of hardware platforms, including PC, wireless devices, and those manufactured by Nintendo, Microsoft and Sony Interactive Entertainment Inc. SEGA of America’s website is located at www.sega.com.

Arby’s, founded in 1964, is the second-largest sandwich restaurant brand in the world with more

than 3,300 restaurants in seven countries. The brand is headquartered in Atlanta, Georgia. For more