Here are the 12 games you can play when Google Stadia's streaming platform launches next week. Polygon just called Hideo Kojima the "Adam Sandler of video games" and is trying to make it sound like a compliment. And the Sonic the Hedgehog movie character redesign seems to be appeasing the masses.

This is what we’re playing. 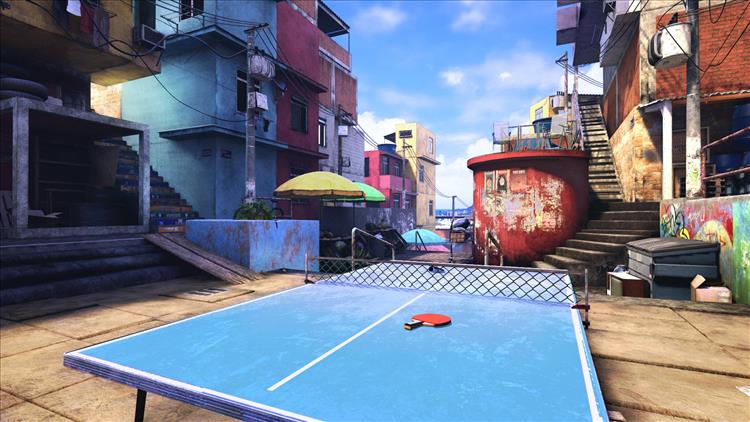 Eric Hauter
Somehow, against all better judgement, I have allowed myself to be...influenced into taking on VR Ping Pong Pro for review. I do not play Ping Pong in real life, though many folks at my day job do play. I find it to be very intimidating. I mostly stand silently and watch, my usual mockery and workplace bravado silenced by the possibility of talking myself into being challenged to a match. I'm not sure if VR Ping Pong Pro is going to help with my confidence, but it couldn't possibly make my game any worse.

Beyond that, I downloaded Knack last night on a whim. All I ever heard about it was bad stuff, but then Sony up and made a sequel to it. How bad could it be?

Randy Kalista
Three weeks straight of Death Stranding—morning, noon, and night—is enough to make anybody want to take a break. Doesn't matter that it's one of the best games of the year, it's just a lot to process, what with Kojima's tendency to make the subtext the full text and turn the metaphor into a literal thing. But playing The Outer Worlds, in one sense, has been that break I need. It's all action-RPG comfort food. Nothing new to see here. But, like Death Stranding, The Outer Worlds benefits from being as hamfisted as possible. Do you shut off the sad-sack corporate-jingle-singing city dwellers' power? [Turn to page 15.] Or do you shut off the cruel-minded agrochemical deserters' power? [Turn to page 16.] I'd always chosen whichever page got me physically further along in the book. Worked more times than it should've.

Rob Larkin
It's all reviews for me this weekend. So digging into the console port of Civilization VI on PS4 and Football Manager 2020 for PC. I'm especially excited for Football Manager because I have a football game scratch that needs itching and I was even thinking of hate-playing the FIFA series again with a Black Friday discount but Football Manager offers that insane depth, the lack of which is one of the primary reasons I hate FIFA. I'm still playing Elder Scrolls: Legends daily but like most of the community am pretty fed up with the state of the Oblivion gates and thinking of holding off on actually spending my build up gold and gems to actually craft a deck that can push the ranked ladder until that all gets resolved. I might Destiny 2 as well if there is any Clan activity going on.