This is what we’re playing. 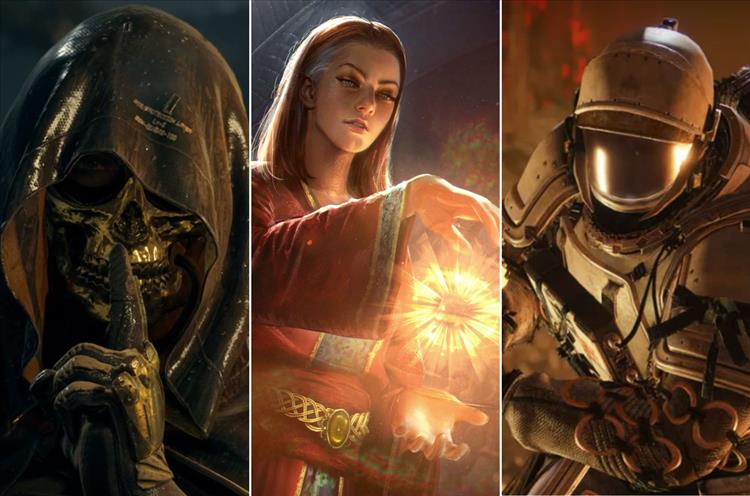 Russell Archey
Most of my time will be spent hopping between Destiny 2 and Mario and Sonic at the Olympic Games Tokyo 2020. This week is Iron Banner week in Destiny 2 and I'm trying to do my best to stand with the wolves, though honestly I have gotten much better at Crucible over the past several months to where I think I can competently complete the triumph to finish all Iron Banner bounties with all three classes in a single event...or at least I'm going to keep telling myself that. As for Mario and Sonic, I recently got the chance to check it out for a review and I haven't played any of the Olympic games since the 2014 outing, and I haven't played any of the Summer outings at all, so I'm really looking forward to this one.

Eric Hauter
After a year away, I have been spending quite a bit of time getting reacquainted with Firewall: Zero Hour. This caused me some immediate discomfort, as it has been a while since I've engaged in any first-person VR games. Pro Tip: If you don't keep up with VR gaming, you lose your VR legs. My first session ended with me lying in bed with a hot water bottle pressed to my stomach and the covers over my head. Under advisement from Gaming Nexus's John Yan, I took a dose of Dramamine for my next session, and was comfortable the entire time. Comfort did not, however, prevent me from getting my face shot off.

I've also been poking around at the Dragon Quest free demo. I still haven't reached the end of the demo—so I still haven't paid to unlock the full game. But it's coming. I can feel it in my bones.

Rob Larkin
While I am back in Destiny 2 as a pastime, I think this weekend I want to concentrate on finishing off Shadow of War. I just love that style WB Games presents and have been very pleasantly surprised by some of the plot twists in this sequel in Shadow of Mordor. I was just in for some fluid combat and Lord of the Rings fantasy and am getting significantly more out of this game, but now it's time to push through the last bits of story and battles to lock down that platinum trophy and move on. I'm eyeballing a new game purchase or two for Black Friday which will definitely include Breath of the Wild. So while I won't be jumping into Link's world just yet, I really need to make sure my plate is clear before I do.

Worth noting I'll also be playing heaps of The Elder Scrolls: Legends whenever I can grab a game on my iPad or iPhone. Just love that game. It's the CCG that's been missing in my life since I get fed up with Hearthstone's toxic community and artificial metas years ago. I've got a long way to go with TESL as I grind out the gold to just finish buying the expansions and card sets, let alone really start looking at crafting high end decks. But it's a lot of fun throughout the process.

John Yan
Well, I don't have much game time this weekend, but I think I'm getting close to the end of the single-player campaign in Call of Duty: Modern Warfare so I'm going to look at finishing that up. It's been a fun ride and one of the better single-player campaigns for the Call of Duty series that I've played. If I have some free time I'll probably do some more scouring about in 7 Days to Die.