New screens and trailer accompany After The Fall's PSVR announcement

Though Gaming Nexus’ John Yan reported on the announcement of After The Fall during E3 2019 this year, I somehow missed it, and was unaware of Vertigo Games’ latest effort until I came across the European trailer online this morning.

After The Fall was originally announced for Oculus and Steam, but on Sept. 24, Vertigo Game Designer Nick Witsel announced a PlayStation VR version on the PlayStation Blog, which puts the game in reach for folks like me that only have access to Sony’s VR device.

“Set in a frozen, post-apocalyptic Los Angeles, After The Fall pits you and up to three friends against unprecedented, huge waves of monstrous, undead creatures known as the Snowbreed. And when I say huge, I don’t just mean in numbers; you’ll be facing off against some of VR’s most colossal brutes and repulsive deformities. 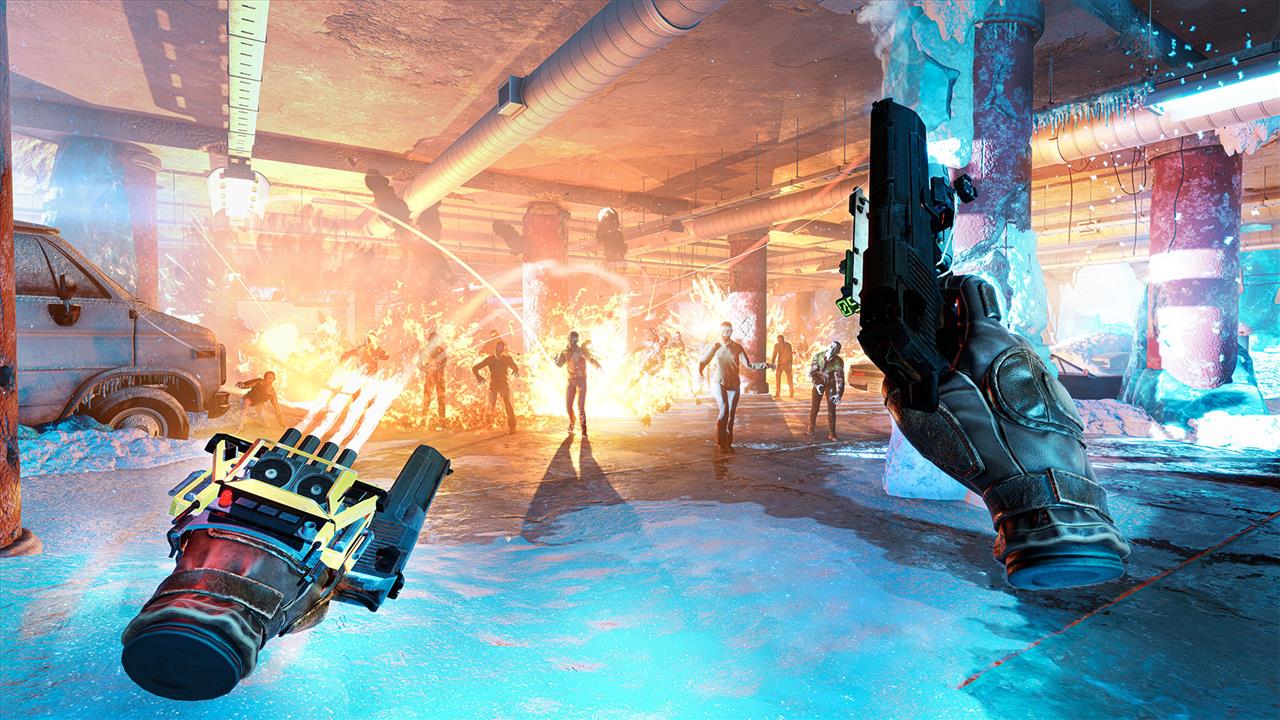 “In an alternate 1980s, the age of decadence and delight, humanity started experimenting with a new type of designer drug to elevate the human potential beyond known limits. Meanwhile, the planet suffered: climate change ran hot and cold to extremes, resulting in a new ice age. To cope with the cold, people only consumed more drugs. This led to horrible mutations – the deadly Snowbreed. Now, 20 years later, Los Angeles lies in ruins and survivors are clinging to life in a frozen city roaming with mutated terrors.

“In your fight for survival you’ll wield a wide variety of weapons. Will you rush to the frontlines with your electrified knuckleduster and custom handgun ready to take down hordes of Snowbreed? Or would you rather stay back and use your hunting rifle with explosive ammo to take down the hulking brutes? It’s up to you.” 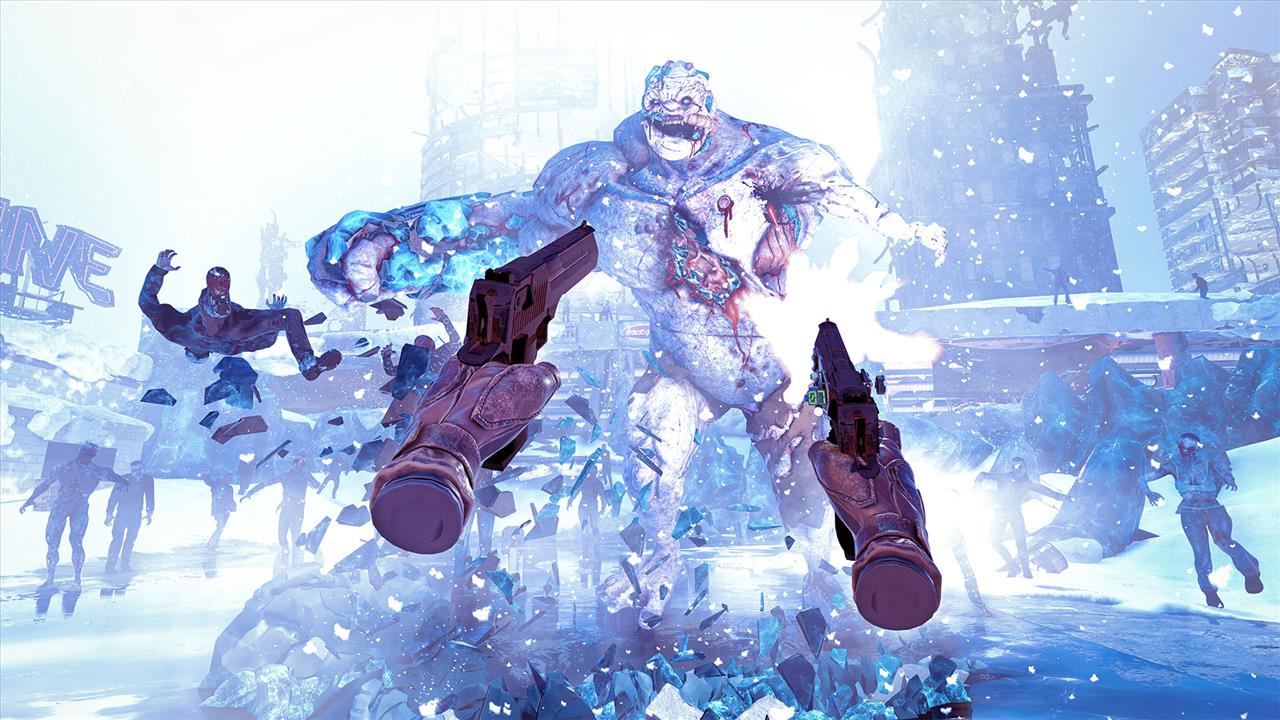 Witsel goes on to detail some pretty cool sounding crafting options, as well as a shared multiplayer hub that will allow players to meet with others and hook up for some 4-player action.

Vertigo Games’ Arizona Sunrise is one of the best supported games on PSVR, with tons of updates and free DLC being added to the game since its release in December 2016. With that type of track record, I can only imagine that Vertigo will support After The Fall in the same way, making the game a good investment. 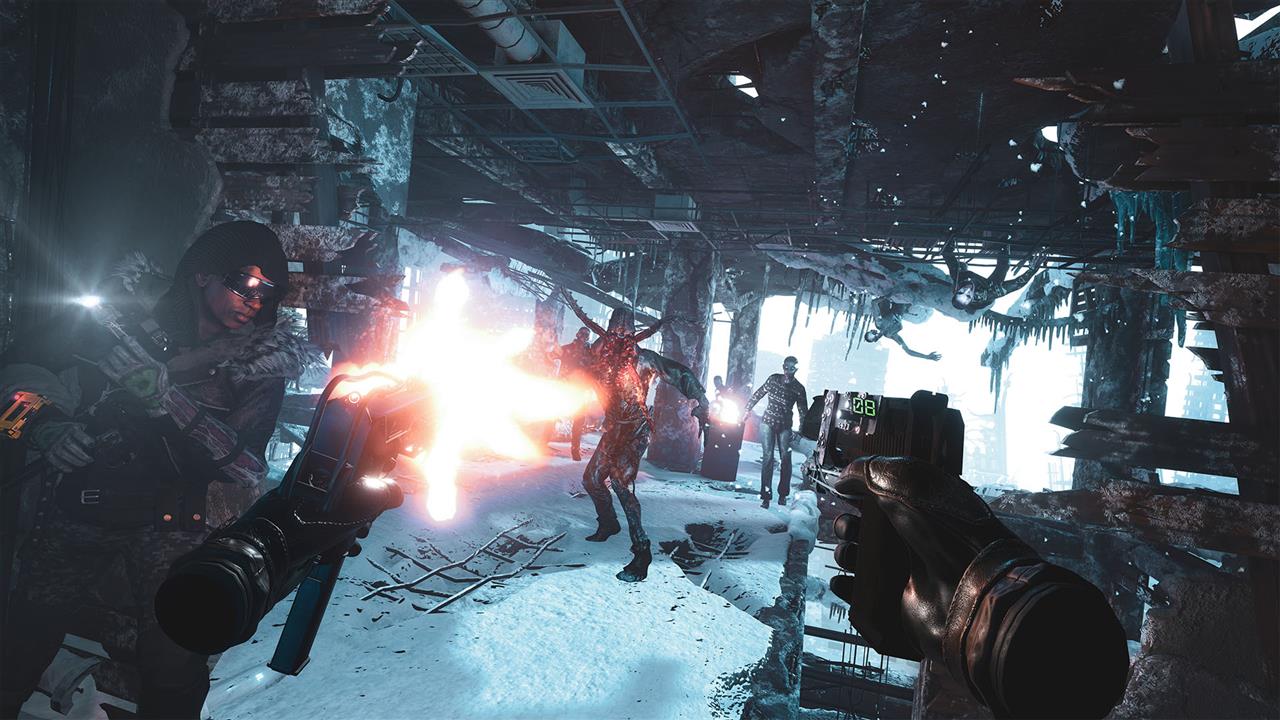 I went poking around on Vertigo’s website for some new details and came away with the cool screen shots featured in this article (I love the image of the titanic enemy attacking with ice), as well as subscription to their newsletter. By signing up, players allow Vertigo to update them on the status of the After The Fall beta. We all like betas, right?