It's no secret that Blizzard is working on Diablo IV. I mean, who wouldn't be with the success of the last three? Rumor is that there was a video shown to the employees of Blizzard talking about the next fight with the Lord of Terror.

While Blizzard had a huge misstep talking about Diablo Immortal last year, we might actually get news on the title we all really want. A reddit post showed off an image of a German magazine talking about The Art of Diablo. In it, there's a mention of good ole Diablo IV. The release date of this book? November 3rd or a day after Blizzcon.

So while this could be a coincidence, it could also mean that Blizzard will finally talk about the much anticipated sequel. Maybe this will wipe away the awful taste left in our mouths after last year's "Don't you all have phones" scene.

Besides Diablo IV, there's rumors going about that Blizzard will also announce a remaster of Diablo II. Considering that Blizzard has done remasters for a few of their past games, this news wouldn't be too big of a surprise. Diablo II is still played a great deal today and a remaster of it would really be a great way to introduce new folks to the game as well as draw in some fans.

If both of these come true, it'll really be the year of Diablo at Blizzcon 2019. 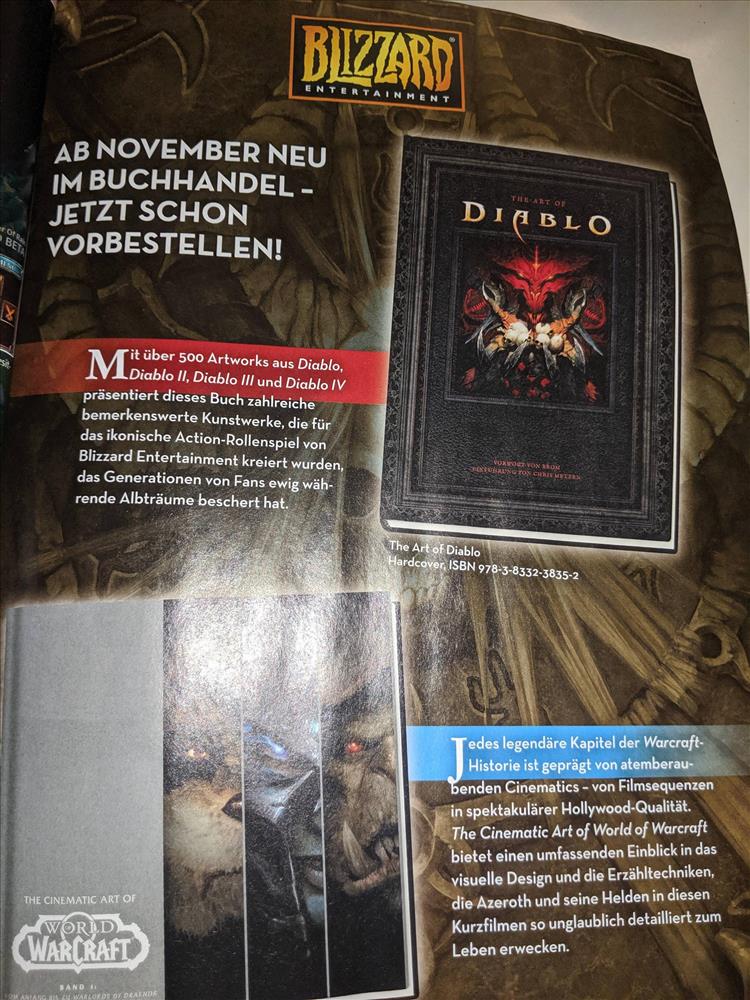