The Outer Worlds hits the launch pad in one week 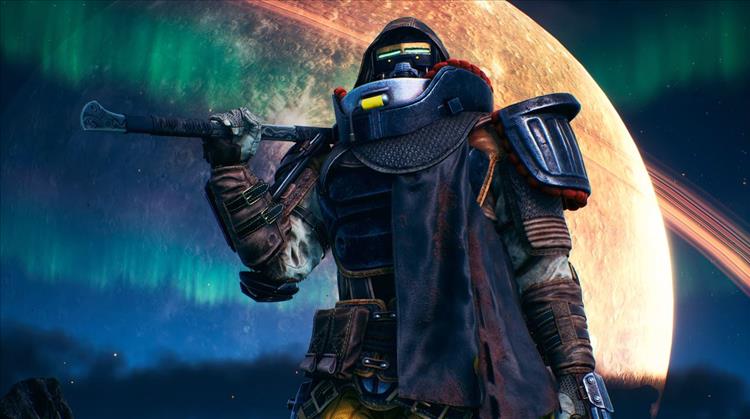 The problem isn't developer Obsidian Entertainment. They've carried the computer RPG torch for over 15 years. Their body of work is filled with so many classics (new and old) that it sounds made up: Star Wars: Knights of the Old Republic II – The Sith Lords, Neverwinter Nights II, Fallout: New Vegas, South Park: The Stick of Truth, Pillars of Eternity, Pillars of Eternity II. The list is much shorter if you try to identify their missteps.

What's always seemed a little different, at least to me, is how they seem to take on other developers' sloppy seconds, if you will. That sounds gross, but really they're a follow-up team. They take other developers' worlds and insert their own story into them, more often than not. As luck would have it (and hard work, I'm not denying that), Obsidian's following is more than happy with this kind of track record. They remind me of that old BASF ad campaign from the 1990s. "We don't make a lot of the products you buy. We make a lot of the products you buy better." It's obvious that the BASF approach has worked well for Obsidian. Even when it's come to seemingly original worlds like the Pillars of Eternity games, these game were designed as spiritual successors to the '90s Baldur's Gate series.

Which brings us to The Outer Worlds. Another seemingly original world. Do you see a "II" after their title? Nope. And yet, everything about The Outer Worlds feels like it stands on Fallout's shoulders. The mid-20th century retro future technology, the Leave It to Beaver tone of its corporate ad saturation, the Wild West meets the post-apocalypse vibe? Then you throw in Bethesda's dialogue boxes and, to be frank, this feels like yet more Fallout in a world—our world—that has absolutely no shortage of Fallout.

Regardless, Obsidian's reputation for taking pre-existing worlds and punching them up to 11 still precedes them. I have no doubt that The Outer Worlds will be a good time. Especially since I will be enjoying it day-and-date of launch on my Xbox Game Pass Ultimate, without having to commit a full retail $60 to my apprehensions. Plus, Obsidian is out of their comfort zone, making this RPG exist in an action-heavy first-person perspective. The world may be overly familiar, but compared to Obsidian's recent successes with isometric party-based RPGs, they're definitely out on a limb again.

So, now that I've sufficiently buried the lede on this (one-week-prior-to) launch video, let's admire how pretty The Outer Worlds is. You're the stranger that just moseyed into town. Looks like you'll have a spectrum of good guy/bad guy options at your fingertips. Most people like to feel good and play the feel-good good guy. But we've got folks on staff that love pushing the envelope in these types of games; seeing how much bad they can get away with—and if it's enough bad to have made any kind of tangible difference in the world.

The Outer Worlds launches on October 25 on Windows, PS4, and Xbox One. And TBA on Switch.