The trailer for WWE 2K20's My Career mode just dropped and it looks absolutely insane. This time we will be playing as both a male and female My Players named Tre and Red, respectively. The career mode starts off with both Tre and Red being inducted into the WWE Hall of Fame.

As both of them read their induction speeches, the game will flashback to their entire careers starting with both of them in high school putting together their lists of everything they want to accomplish in their careers. Some of these goals include starring in a WWE action movie, wrestling Lita and finding out whats in the Undertaker's Urn.

We get to see a lot of what they will be going through in their respective careers including the Dusty Rhodes Tag Team Classic, The Mae Young Classic, The Wyatt Compound, and more insane realms such as some Underground Skull arena and an arena that looks like it's taking place in hell. At certain parts of the story it also looks like their friendship is going to be tested as Tre tells Red that she just risked her entire career for him.

The official WWE 2K20 blog post states the career mode should take around 20 hours to complete and will feature 100 matches between both Red and Tre. The career mode will also be fully voiced and will include choices which my lead to different matches and outcomes for your My Players. 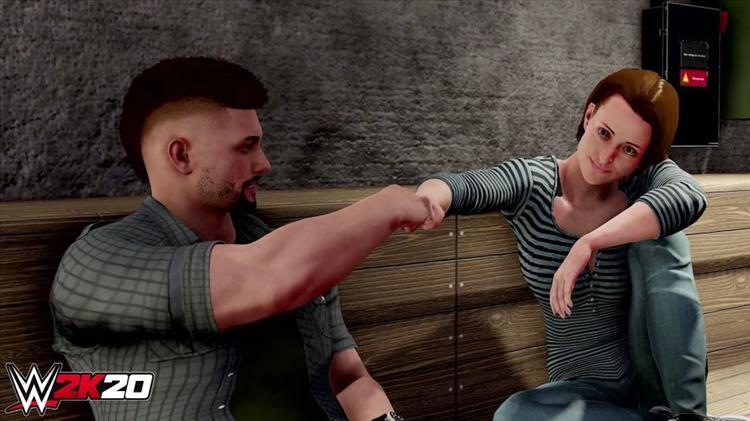