The only vodka in the world made from beef bones will have a DOOM Bone Vodka version to correlate with the launch of DOOM Eternal in November. One of Fallout 76's most dedicated roleplayers, "C.J. Martin," is a wasteland doctor with a handful of in-game hospital franchises selling 20,000 items to players every week. And if Time magazine is talking about your goose game, then you've got a pretty good goose game.

Eric Hauter
Between reviews, I have fallen back into Dauntless. As far as I'm concerned, Dauntless is the best free-to-play game on the market right now, and their new 1.0 Aether Unleashed update only makes the game better. A new weapon, a new behemoth, and a super-cool new bounty system all enhance the magical core gameplay. If you haven't tried it, you should.

In the portable world, I'm still enthralled with Star Wars Pinball. I love that playing on the Switch, I can just put a game into sleep mode, go to work, and come back right where I left off. When I said in my review that I could play Star Wars Pinball for the rest of my life, I meant it.

Until then, my dry spell continues with an old favorite. I've relearned how to explore in Elite Dangerous, confidently probing and mapping planetary surfaces for those all important space bucks. I'm plotting a course for the center of the Milky Way, booking it across the Inner Orion Spur, and most recently sailing past the Lupus Dark Region.

One thing I will tell you, though: Do not use a petroleum-based lubricant like WD-40 on your squeaky flight stick and throttle. Unless you want it to lose all responsiveness for the next 24 hours, that is. I should've used a silicone-based lubricant, but it's too late—the petroleum is already beginning a years' long process of slowly digesting the plastics in my HOTAS's innards. It's like the Sarlacc Pit in Star Wars, except for my flight controls.

Nicholas Leon
It’ll be more Skyrim for me this weekend. I just recently beat Dawnguard and convinced my vampire follower Serana to give up vampirism. That, and also completed significant quests related to the later parts of the main quest (which I haven’t even started). I’ve adhered myself to the game like I did back in high school, and I think I actually like it more now.

John Yan
With my eye about as good as it can get from surgery, I'm going to clear out my play space this weekend and get back into some VR games. I've been watching some Blood & Sorcery videos and that game is great fun. There's some great mods out there so I'm going to try a few of those. I'll also dive into some GTA Online for a little bit as I try and outfit my penthouse with some decorations as it's looking quite sad and empty. Finally, 7 Days to Die Alpha 18 is being released on Monday. I'm going to setup the server so that we can start building bases and killing zombies again next week. 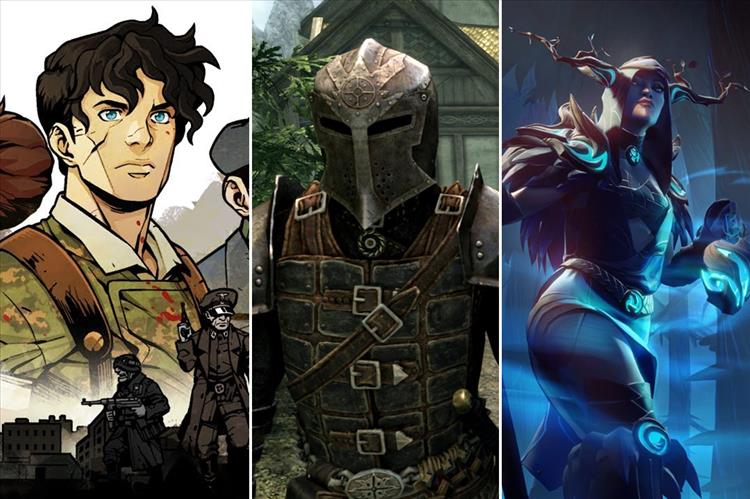