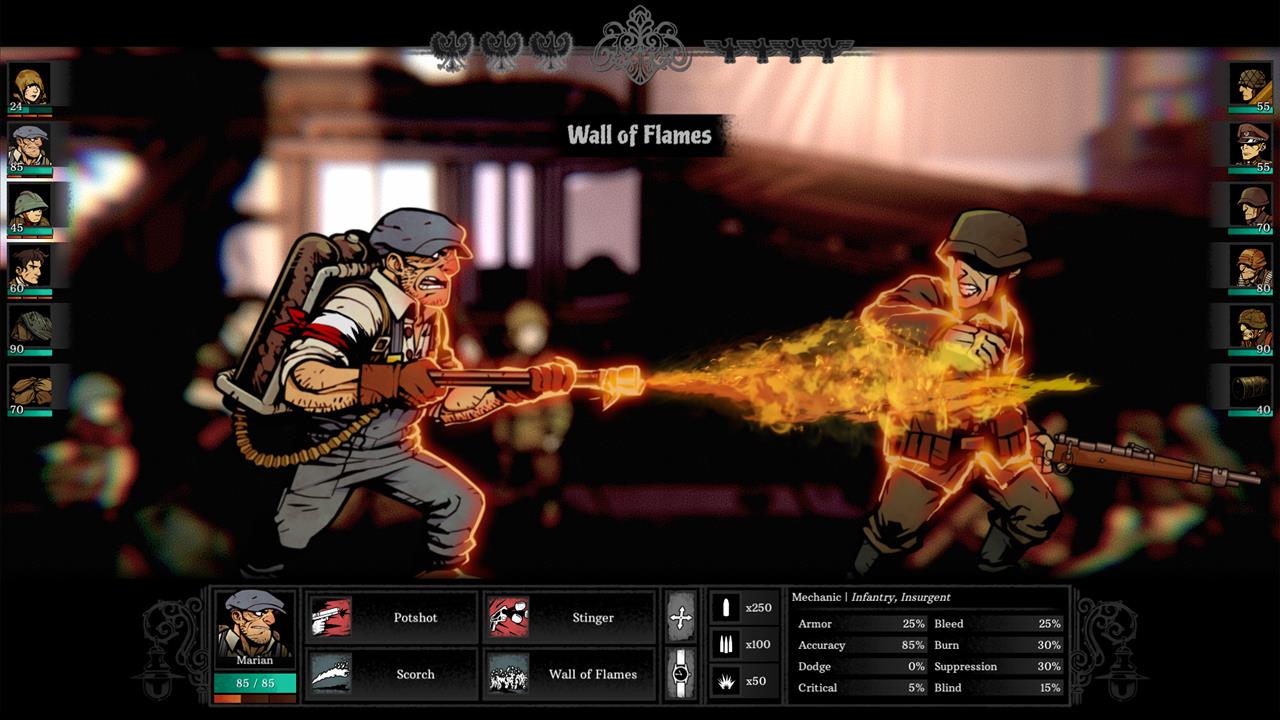 Warsaw is where Darkest Dungeon meets the Warsaw Uprising of World War II. Warsaw had to hit the delay button for some added, ahem, Polish. I mean polish. (The game takes place in Poland, folks, keep tracking with me.) Originally going for a September 4 launch, developer Pixelated Milk and publisher Gaming Company agreed to a "first and only" delay. It's now slated for October 2. That's next week.

Warsaw's turn-based tactical RPG gameplay looks fantastic. I dig the ill-fated historical setting and thick-lined artwork. I especially like the real-life heroes of the Warsaw Uprising that they're using as main characters. It immediately fixes one big problem I had with Darkest Dungeon. As much as I loved Darkest Dungeon, the game is just a meat grinder. It was fun to customize my stable of warriors, even naming them after Gaming Nexus staff members, but the roster just gets way too long, and folks are dropping like flies, making it hard to invest too much time and care into any one character.

But like I said, Warsaw remedies that problem. You have a tightly knit group of four heroes that you stick with to fight off German army occupiers. You get to know your characters, like the best RPGs let you do.

Again, Warsaw starts punching Nazis in the face on PC next week, October 2.