Sean Colleli
I think No Man's Sky has finally reached a point of stability and engagement where it has become a "zen garden," the term I use for seemingly monotonous yet relaxing creativity games like Minecraft. After the Beyond update (and several subsequent patches) the gameplay loop is, at long last, comparatively relaxed and bug-free. Once you figure out the money and resource grind, which is a heck of a lot simpler than it used to be, the stars just kind of open up. Case in point, I have an activated Indium refinery that pulls roughly 50 million space bucks out of the ground every 2.5 hours, and it keeps working even when the game is off. I check in on it twice a day if it's convenient. I'll probably break a billion space bucks by the weekend. Now setting up this little venture on a verdant moon with boiling rainstorms every 10 minutes was no picnic, but at least I didn't have to break the game with scumming and exploits to make it anywhere close to enjoyable like I used to. Now I have a huge star destroyer, a fleet of fighters, and a stinking stack of money to play around with. I'm ashamed to say I've sunk another 35 hours into No Man's Sky on my current save, but it's finally crested the hill from "chores in space" into "boldly go." Now I just need to convince some friends to share the journey with me.

Randy Kalista
I'm learning how to play GTA Online alongside old staffers John Yan, Dan Keener, and Sean Cahill. That means learning how to take an accidental elbow to the face during armed robberies with John. Learning that you only have to pistol whip Dan twice to kill him. And that I've never heard Sean laugh the way he laughs when he's running over country clubbers on a sunny golf course. Good times. I didn't pick up GTA Online because it opened up an in-game casino, but that's a reasonable frame of reference to use. I can see, six years later, why GTA Online is still one of the most-watched games on Twitch.

And my biography would be lying if I wasn't sneaking some ol' Skyrim into the mix. I rolled a fresh character to meet up with folks in the Skyrim Together mod. I'm hoping we'll level up together a little more closely. On our first try, Sean (yes, the same Sean as above) had pickpocketed and backstabbed his Skyrim Together character up to level 100. Dan (yes, same Dan) had picked flowers and looted barrels all the way up to 50 or so. Me (yes, same me) had explored and taken a thousand screenshots all the way up to...level five maybe. There's not much XP to be gained in finding perfect lighting and futzing with the free-camera. So, I'm running with a High Elf—ew—mage—ew—this time around, just to try something new. I'm level one and waiting at the three standing stones on the way from Helgen to Riverwood.

Nicholas Leon
I recently purchased Skyrim remastered over the past weekend. I convinced myself to buy it after playing the original version on my friend’s PS3 when I went to visit them. What I want the most out of this experience is to find something new in this older game. The last time I played it, it was on Xbox 360, and I exhausted every single potential quest line there was to play through.

But what’s different about this time, at least on the surface, is the way I’m choosing to play. I joined a D&D group recently, and have fallen in love again with RPGs in which you truly flesh out a character. Skyrim isn’t that complex, but I can at least pretend it is. I’m currently playing a Dark Elf that I like to call Dark Elf Jesus (because he looks like Jesus) and I main archery, light/mage armor, destruction and restoration magic, with some one-handed weapons.

I’m excited to see what new insight I can gain while playing, but I’m aware that there may simply be nothing there. I’m hoping, though. 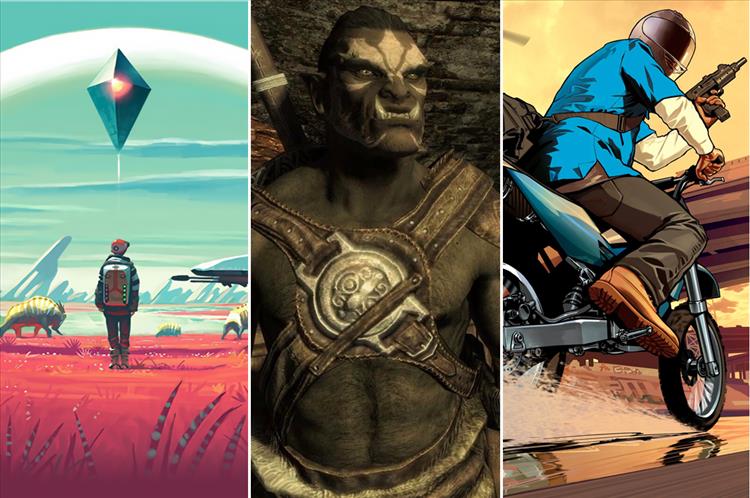