This video essay takes Control, Remedy's latest bureaucratic paranormal thriller, and ties it to the fearful childhood sprint to your bedroom after all the lights in the house had been turned off. I grew up on a farm with geese, and geese are jerks, so the Untitled Goose Game (affectionately referred to as A**hole Goose Game) taps into my own primal fears. The Sumerian Game was the first narrative video game—we're talking the 1960s here—and the first video game writer was a woman named Mabel Addis.

Russell Archey
This weekend will see me doing a lot of planet hopping as I work my way through Borderlands 3 for my upcoming review. I've been streaming my exploits on Twitch a few times this week and I've put about 12 or so hours into it and I feel like I've only scratched the surface. Then again I have done several side missions, so I might skip most of those in order to try and get through the story so I can get the review out in a reasonable time frame (the fun of reviewing a major release after it's already been released). So far I am enjoying the game, though maybe it's just me but it feels like the enemies are more bullet sponges in this game than in past games, at least the bosses. The Calypso Twins? I'm enjoying their schtick so far. They're no Handsome Jack, but then again it's really hard to top one of the greatest video game villains in recent memory.

Kinsey Danzis
With my new job, I've only got time most nights for shorter play periods, so I've needed something with multiple save points and quick progression. Thus, the Undertale bug bit me once again, and then shortly after came Deltarune Chapter 1. I've already beaten both multiple times (you couldn't get me to play a genocide run if you beat me over the head with a chair), but there's something captivating about these pixelated characters that keeps me coming back every year or so. That, and I still haven't beaten Jevil. The jerk.

Eric Hauter
As a casual racing fan, I somehow found myself in the position of reviewing WRC 8 FIA World Rally Championship. The feeling is much like being a Skyrim fan that tries to review Dark Souls. "Sure, that kinda looks like the thing I love, but why does it hate me?" Rally racing is an interesting phenomenon, in that it feels very much like racing on a razor-thin twisting corkscrew of a track in an out-of-control car that has ice skates for wheels. And I'm actually kind of...enjoying it?

Beyond that, I'm still riding high on Zen Studios' Star Wars Pinball on Nintendo Switch. There is so much content in this game, it's like a pinball fire hose. Absolutely stunning effort from Zen.

Randy Kalista
Red Dead Redemption 2—or as I like to call it, The Horse-Punching Ballad of Arthur Good Boah—has got me cheek by jowl again. Has it only been 11 months since launch? Feels like a lifetime. I even found myself saying last night, "Wow, Red Dead Redemption 2 is still a great-looking game!" Like it was on PS3 or something.

But I'm back in the saddle, going no-HUD at walking-sim speeds, cloth map in my lap. Proud of myself for locating one of Herr Strauss's extortion victims (the one that was in the early trailers) up around the hills north of Strawberry. Got all the way there from Chapter 3's Clemens Point campsite, galavanting across two counties using nothing but my binoculars and the direction of the sunrise. Those are the kinds of achievements they don't really make trophies for. But that kind of gameplay is the open-world itch I'm needing scratched.

Also, several present and former Gaming Nexus folks are experiencing a GTA Online revival. Or, as in my case, experiencing the game for the very first time, having waited six years for no particular reason to buy it. I love learning a new game next to a buddy. Every wrong button push is a new adventure. It makes for plenty of Keystone Cops moments. Cue the Benny Hill Theme. 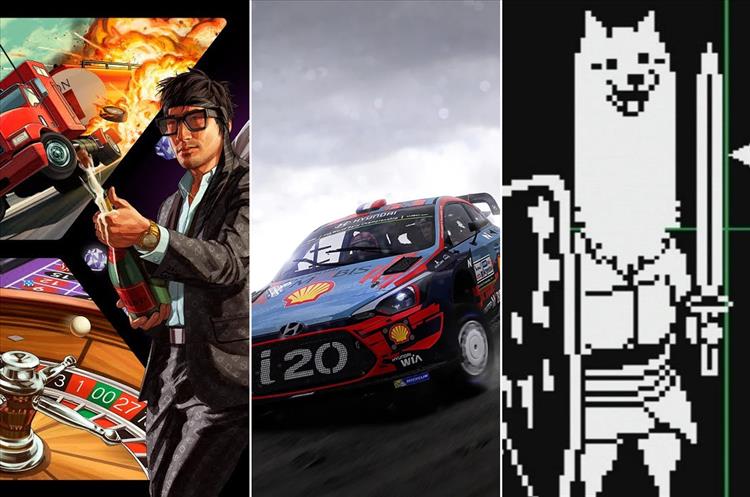