Vampire The Masquerade: Bloodlines 2 is rifle with political intrigue, veiled backstabbing and shifting allegiances. Paradox Interactive have just revealed the latest faction that you can join: The Baron of Aurora. A master of the criminal underbelly of Seattle, he remains in the shadows, preferring to conduct business through lieutenants and intercessors. He employs a vast array of hitmen, ghouls, vampires and even the more desperate including drifters, smugglers, and drug addicts.

Factions are separate from the main vampire clans in Bloodlines 2, almost like subdivisions of loyalty, and Seattle alone has five distinct factions. Stay tuned as Paradox reveals more of the seedy underbelly of the vampire criminal element in Bloodlines 2. 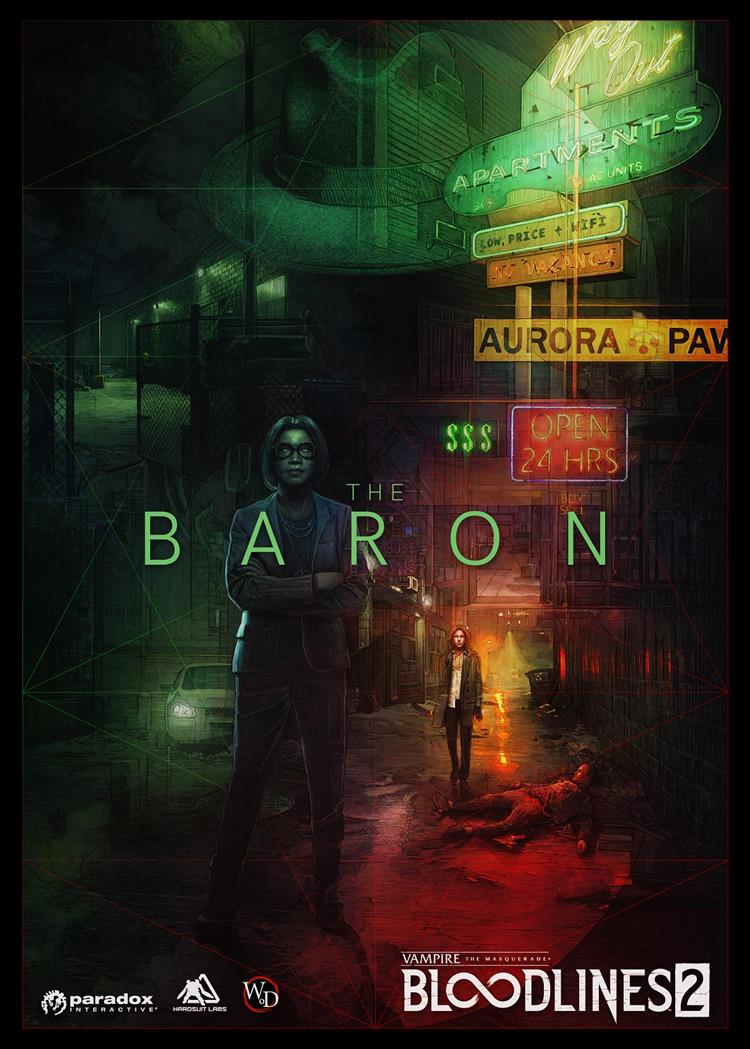 Paradox Interactive has revealed the third faction players can align with in Vampire: The Masquerade - Bloodlines 2: The Baron.

The Baron rules the criminally underbelly of Seattle. Working through leutinents, few have actually ever seen the Baron, who has hands in nearly every shady deal in the city. This faction employs humans, ghouls, Thinbloods, and vampires which often includes thugs, drifters, smugglers, hitmen, and gang members.

Learn more about The Baron and the role they play in Seattle here: https://www.bloodlines2.com/en/the-baron (click on the + symbols in the graphic for info). You can catch a first look at their Stronghold as well as a unique Baron poster here.

“You’re in the game now son. Ever since the night you got bit. That’s just how it is now.”
- Josephine, lieutenant of the Baron

The factions in Seattle are groups of Kindred who have come together under a common banner and are vying for control over the city. Throughout the campaign, players will learn more about the factions, pledge allegiance to a faction’s cause, or can choose to pit them against each other to dramatically impact the future of the Emerald City.

Seattle is home to five unique vampire factions in Bloodlines 2 - please stay tuned for more info in the next few weeks on more factions in the game.