Welcome to the Friday the 13th edition of SWAYP. Which comes just in time to wishlist Japanese dating sim I Love You, Colonel Sanders! A Finger Lickin' Good Dating Simulator on Steam. Oh Japan, speaking of your American fast food fetishes, we're still not over those sexy McDonald's ads from 15 years ago. But for something legitimately frightening, this camera hack shows that the ghost in P.T. was always behind you.

Eric Hauter
In addition to my continuing quest to platinum Control (never gonna happen, but I'm having a good time trying), I've been entrenched in Zen Studios' Star Wars Pinball. While I've played a lot of these tables on various systems over the years (I've even got a couple on my old beat-up iPad), I've never had them all together in one place. The effect is overwhelming, and glorious.

I've also recently reengaged with my terrible Plants vs. Zombies Heroes habit. Once again, I am ignoring my co-workers so I can go hide away in a shadowy corner during my lunch break, killing cute little plants with my team of sports zombies. I kinda don't want to talk about it.

Charles Husemann
This weekend I'm going to be digging a bit further into Gears 5 courtesy of the Xbox Game Pass. My first impression of the game wasn't great as I had to go through a painful opening tutorial. I get that you have to introduce new folks to the gameplay, but one look at my Xbox Live profile would have revealed that I know how to play the game and that since the controls haven't changed I probably don't need the intro. Outside of that I'm digging some of the new mechanics and the plot is solid.

Outside of Gears I pulled down the Blair Witch game and might give that a shot if I have some time.

Randy Kalista
Control leaves a gaping hole in my playlist. Taking a break from a game after wrapping a review is normal in this line of work. You invest continuous hours into one game, typically, with the Critique portion of your brain switched on the entire time. It's fun, but it's work. Like I said, it leaves a big hole when you're done. Control is a top-tier game, but made by a studio that is maybe only half the size of a "real" AAA developer. It's a testament to the incredible talent inside Remedy Entertainment that makes them consistently punch above their weight class.

A palate cleanser like Children of Morta would do the trick, but instead I'm wanting something with more heft, more gravity. Something heavy. I'd like a game weighed down by innumerable systems stacked upon systems stacked upon systems. Which brings me back to 100GB worth of Red Dead Redemption 2 redownloaded onto my old fan-blustering PS4. I'd spent 100 hours in Chapter 2 at Horseshoe Overlook, then barely made it into Chapter 3 at Clemens Point before moving on with my life in general. There's plenty left to do. With six chapters in the game, these chores ain't gonna do themselves. 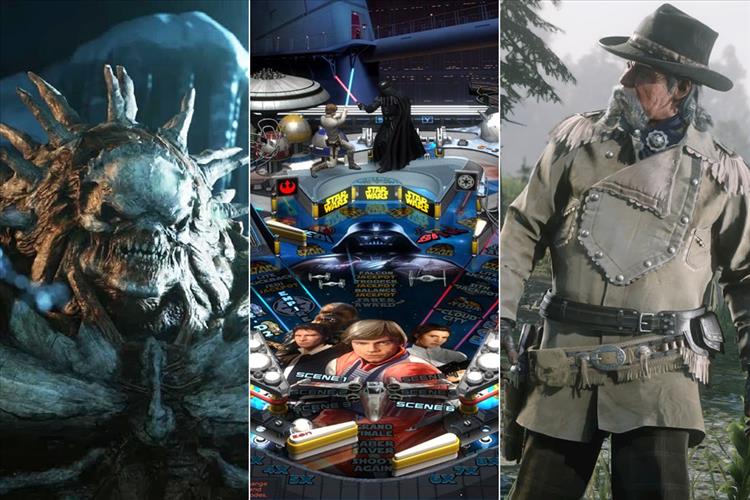