Amid threats of government regulation on blind lootboxes, 2K Sports straight up put slot machines and prize wheels in NBA 2K20. According to the devs, the "full body" in Catherine: Full Body refers to full-bodied wine. Of course. And Final Fantasy VIII Remastered removed even Sean Cahill's callouses—revealing a soft spot he didn't even know he had. 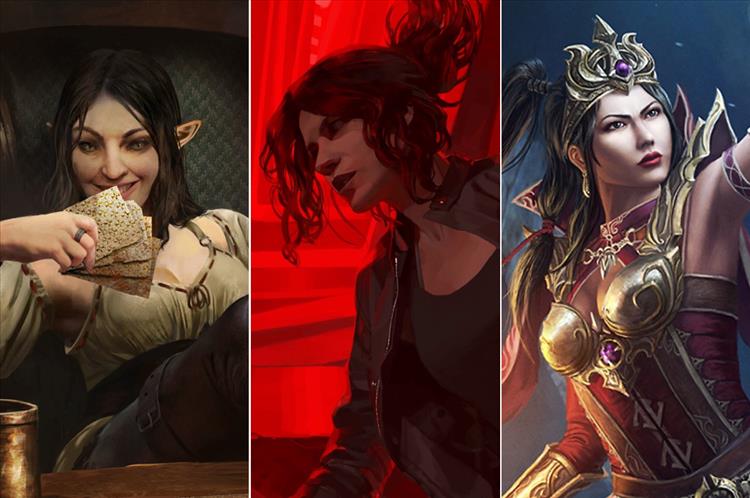 Randy Kalista
Gee, looks like we finally got the Gatekeeper and Keymaster together.

Technical issues be damned, Control has been the most binge-worthy gaming I've had all year. The Federal Bureau of Control is an appropriately weird organization. It's got a "We're ready to believe you" mentality, plenty of Twilight Zone lite memos to read, some Dharma Initiative-style films coming out of R&D, and even a low-budget puppet show called Threshold Kids—which might be the creepiest thing in the whole game. I've heard that every platform is struggling with Control's frame rate, but everything else is so good that it's a shame to even mention it.

Rally racer Colin McRae died in 2007, just as me an my buddies were wrapping up college. Colin McRae Rally 2005 had been a staple of our evenings, down in the windowless basement of our co-ed dorms. It wasn't just with our girlfriends that we were trying to "continue short easy lefts" or "crest a long right that narrows slightly." Huh huh. Rally racing joke. So, it's with plenty of (non-toxic) testosterone-fueled nostalgia bringing me back to the series with 2015's DiRT Rally. Thanks for the freebie, GOG. You know you've got my money when Cyberpunk 2077 hits the streets.

Russell Archey
This weekend I'll be getting back into Diablo...by playing Torchlight II.  It's been a while since I've played it on PC and now that I have the opportunity to check out the recent release on the Switch, I figured it's the perfect time to jump back into it, so that's pretty much going to be a good chunk of my weekend.

Kinsey Danzis
After just beating A Link Between Worlds and not having enough spare money to check out Control, I’m going to tell myself that I’m finally going to crack open Skyward Sword again—you know, maybe get it finished up before the new Link’s Awakening comes out. But the Wii has become such a time and energy commitment (in stark contrast to the 3DS, which is basically just pop-open-and-go) that I’m not sure if I can honor my own promise to myself. I’m going to be very disappointed in myself when I find out that I’ve been lying.

Eric Hauter
I have found myself completely unwilling to put down Control, no matter how frustrating I find certain areas to be. I am well past the point where I usually put a game down, and can't help but continue to push forward. Currently, I find myself cleaning up "Board Maintenance" quests, which are essentially just busywork I'm completing for a trophy. For reference, I have only platinumed three games in my life,and two of them are Telltale titles. Yet, I find myself on a mad quest to platinum Control. The last time I attempted this, it was with Until Dawn: Rush of Blood, and it almost drove me mad. There is no hope that I will actually succeed in my quest, but I'm having a good time trying.

I'm also taking repeated runs at both Erica (Sony's new live-action suspense title) and The Dark Pictures: Man of Medan. The juxtaposition between the two is somewhat shocking, as Erica is so much smoother, crisper, and more jank-free. Nonetheless, Man of Medan is also scratching my endless Until Dawn itch, so I keep going back to it. The games keep pulling me back in!

Rob Larkin
I'm all in on a mobile game right now. I'm really taking off with an aggro Battlemage deck in Elder Scrolls Legends and having a good time climbing the ranked ladder. I'm sure it infuriates other players to win by turn 6 but it really is the best way for a guy like me who's only been in the game a few weeks to actually make an impact and collect some scalps.

Other than that I would like to find some time for a new game. There have been a few PS Plus freebies the last few months I'd like to get into and even a few on disk I purchased long ago but never got around to. So I'm thinking maybe Sniper Elite 4, or maybe Middle Earth: Shadow of War might find its way into the rotation.