The week's major releases felt like they were looking back, way back, in one way or another. Ancestors: The Humankind Odyssey reaches 10 million years into an ape-evolved past for a divisive spread of review scores. World of Warcraft Classic, in a different way, rewinds only 15 years, but promises to Make Azeroth Great Again—or at least to simply make it the way it was. And Control, from the developers of Max Payne and Alan Wake, turns leather jackets and floppy disks into a technical marvel. The kids may be going back to school, but video games are going back to the future. 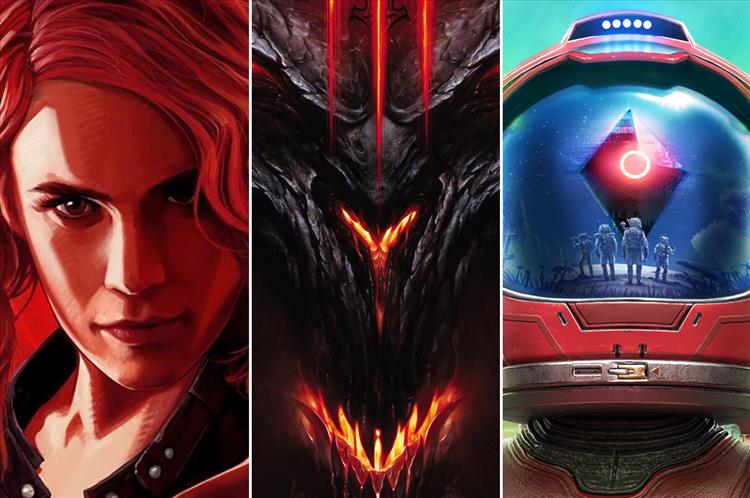 Sean Colleli
I jumped back into No Man's Sky for the Beyond update, with appropriately tempered expectations. So far it's tolerable and even getting kind of fun. No Man's Sky is one of the few games that actually benefits from being more tutorialized and hand-holdy. Last year's update, Next, dumped a ton of content into the game but it was wildly disorganized and pretty broken, and clearly strung together with spaghetti code. Beyond adds better multiplayer and VR, sure, but more importantly its "No Man's Sky 2.0" approach streamlines a lot of the content into a workable quest system, squashes bugs and confusion, and most importantly cuts down on grind, which has always been the game's biggest issue. It's still a very miney-crafty kind of game, so if you don't enjoy that you'll never get into No Man's Sky. But if you follow the main quest and tutorials you actually feel like you're building toward something grand this time, and you see cool stuff along the way.

Case in point, a distress call led me to what I can only describe as the Simon Stålenhag planet, which is appropriate because the Swedish artist painted the cover art for No Man's Sky. Described as a "cabled planet" from orbit, it's a mostly barren terrain dominated by towerining techno-edifices strung with guy-wires and power cables. The planet's solitary life form appears to be some kind of abstract artificial animal: a huge, banded rolling metal ball. It's a weird place, but the landscape is littered with compact metal spheres that are a really good source of iron, and there are abundant gold and copper deposits in them thar hills. I'm tempted to set up a base just for the novelty of this strange new world, but it's a lucrative and practical place as well.

Charles Husemann
After wrapping up Torchlight II a few weeks back, I've decided to go back to Diablo III and see how the two compare. I had forgotten how rigid the progression of Diablo III was. I've gone from a completely customized fire-wielding Embermage to a fairly locked-down wizard. While the Blizzard team will always win on technical excellence and attention to detail, the game doesn't have nearly the charm of wit of Torchlight II. I'm also struggling with the voice-over work of the Wizard as he sounds like a self-obsessed douchebag of a hero.

Randy Kalista
Hello, ma'am, I'm Director Jesse Faden, Federal Bureau of Control. *Flashes badge.* I'm here to deep dive into the weirdly named "Oldest House," also known as the FBC's paranormal New York headquarters. I, uh, I hear it's bigger on the inside than the outside. When it comes to Remedy Entertainment, I was there for the Max Paynes and the Alan Wakes, but missed the Quantum Breaks. I'm ready for this otherworldly invasion, though. I'm in '90s jeans and leather, I've got some kind of mean-looking tri-gun, and it's an era of CRT monitors and fluorescent lighting jammed into Brutalist buildings and cubicle farms. Let's telekinetically throw our weight around. Review to follow.