The band Korn is holding a virtual rock concert in AdventureQuest 3D starting August 20. Cyberpunk 2077, starring Keanu "You're Breathtaking" Reeves, is joining the Google Stadia game list. And it's dipped a few points since launching, but Angry Birds 2 is still the highest-rated video game movie on Rotten Tomatoes.

Kinsey Danzis
So there I was, lying in bed at 11:00pm and waiting for an unrelated cooldown on my phone, when I suddenly got an urge out of the blue to browse the Google Play store—and what should I find but an Elder Scrolls game? The Elder Scrolls: Blades (which, by the way, my fiancee apparently knew about and didn’t think it necessary to tell me, so thanks, babe) looks better than I’d expected for a mobile TES game, but then again I haven’t gotten past the character creator. Pretty par for the course. The facial textures are improved, but the hair and clothing textures still seem to be stuck somewhere between Skyrim and TES Online. The movement system isn’t as clunky as I would have expected, but I’ll have more insight on that as I get deeper in (if I ever decide between being an Imperial or a Dark Elf).

Randy Kalista
The Church in the Darkness is committed to its mission. And by mission we're talking missionary. To an isolated neck of the South American jungle. It's Panama hats and Dengue Fever interwoven with the brainwashing-cult panic of the 1970's. But ultimately? It just feels like an excuse to blare socioreligious audio logs over a relentless PA system. Just add water to some paint-by-numbers stealth gameplay and you have a—surprisingly—dull offering unto the Lord. Having just returned to the U.S. from a mission myself, there should be more meat on these Christian-based bones.

I'm also downloading Hyper Light Drifter onto my PC for the first time. Sure, I've had it on PS4 since it launched in 2016. But I'll take Heart Machine's brilliant, tough, beautiful pixel art Legend of Zelda anywhere and any way that I can get my hands on it. Between the Dobermann Pinscher god dogs and cardiac arresting cutscenes, Hyper Light Drifter is the only game that's never been deleted from my PS4.

Nicholas Leon
I was invited onto a games podcast, and the focus of the next episode will be Vampyr! So it looks like, in addition to the title I’m currently reviewing, it’ll be a weekend of early 20th century London, a few buckets of Vampiric blood, and the flu. In digital format, of course. 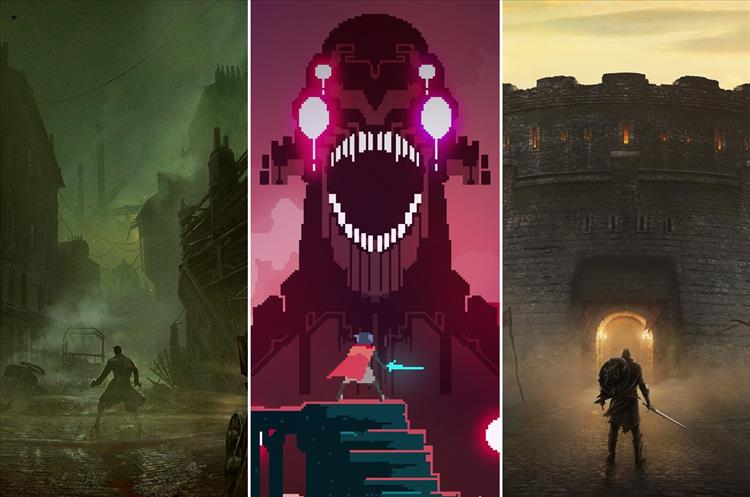