Google Stadia's game list has doubled in size since its announcement in March. Louis Vuitton put out an endless runner game inspired by his artistic director's fall-winter 2019 fashion show. And a new study finds that video gaming is linked to increased happiness ("It's a good pastime"), while social media is linked to depressive symptoms ("Makes them feel bad about themselves.")

For real, though, I’m not doing a ton of playing this week. My fiancee is playing The Legend of Zelda: Ocarina of Time, though, and while she plays I sit near her and dutifully play the role of “Hint Button.” She used the Hint Button a lot during the Water Temple. And at Lon Lon Ranch. Fun fact: the Hint Button has a secondary function called “Do This Part For Me,” which is primarily used when she knows exactly how to solve the puzzle, but the mechanics keep getting in her face and bodyblocking her, at which point she’ll plaintively hold the 3DS out to me and say “Kinsey...? Do you love me?”

Yes, I do love you. Enough to tackle that godforsaken Water Temple with you.

Dave Gamble
Quite predictably, it didn’t take long for me to realize that Hitman might be the name of the game I was trying to play, but the reality for me was more like The Dying Simulator, with me in the role of He Who Will Do the Dying. I had to find another game involving stealth, sniping, and a sedate, plodding, and utterly inept enemy. I found it buried way down in my seldom-used pile: Iron Wolf VR.

Well, not the inept enemy part.

Iron Wolf is one of those games that I bought in early Early Access, loved like a long-lost dog, and promptly forgot about for two years. Even two years ago it was an amazing effort—everything about it just felt right. Two years of development later, it is even more spectacular. There is now room for a fifth online player, a far more complex engine room, which now includes the need/ability to manage power distribution, replace blown fuses when you get it wrong, and a snorkel for running the Diesel engines to charge the batteries while still under water. There is also a new 2nd defensive deck gun and a big artillery gun for sinking ships not worthy of a torpedo, and numerous improvements in torpedo targeting and overall damage control.

My problem with it is that while it can be played single player, it seems like it would be infinitely better with at least one other human aboard. To that end, I managed to get my daughter and Rift-enabled son-in-law over “to play video games.” The obvious ulterior motive was to get the son-in-law excited about the game with the hope that he would want to form a crew.

Mission accomplished. Now if only it was as easy to sink a destroyer-protected convoy.

Randy Kalista
I'm traversing the Griftlands, knee-deep in the Kenny Rogers lifestyle, of sorts. Griftlands is a card battler (know when to hold 'em) with love-hate character relationships (know when to fold 'em), a complex swirl of tactical choices (know when to walk away), and a whole pit of early access difficulty spikes (know when to run). My only previous experience with card battlers was the Hearthstone beta during a three-month stint of unemployment back in, what, 2014? Hadn't touched a card game since.

Until Griftlands. I like Griftlands. I like its broken-down cyberpunk. I like its Star Wars-ian breadth of species. I like its Pyre-esque overworld map and its face-to-face JRPG encounters. I have two card sets. One is verbal sparring. The other is melee combat. Some encounters call for one, some encounters call for the other. I can parlay before a duel, or get aggressive about receiving a higher payout. Can't solve everything with swords, now, can I? It's neat. Though it's hard to know when I'm doing something wrong. Card #1: "The next card you play doubles your composure." I play it. Card #2: "Gain 3 composure." I play it. Wait, why didn't my card's composure double from 3 to 6? I don't know? I guess I'm the dummy here? I can be easily intimidated once a card gets any more complicated than "Stab for 4 damage." But I'll figure it out.

Klei is aiming for updates every two weeks on Griftlands. Only one of three campaigns is available so far. But it's not like I whipped through this first one yet. I only survived three of the five days marking the first campaign. But the game is made for replayability. All of my rando encounters, aside from the story beats, have been kept fresh. I want to get back to Total War: Three Kingdoms. And Metro Exodus. But running Sal through the Feud in Griftland's Murder Bay is all I can gamble on for now.

John Yan
I’m mad at 7 Days to Die. My backpack had so much stuff from day four. I had a goal. My goal was to build a base at the trader’s before the first Blood Moon horde attack. I was well on my way. Found the tools to do it. Everything was around me to make it happen, and to make it happen quickly. I had a working forge and a chem station—at level one! And then...I died. My backpack glitched and disappeared. Gone. I want my stuff back. And I’m mad at 7 Days to Die. 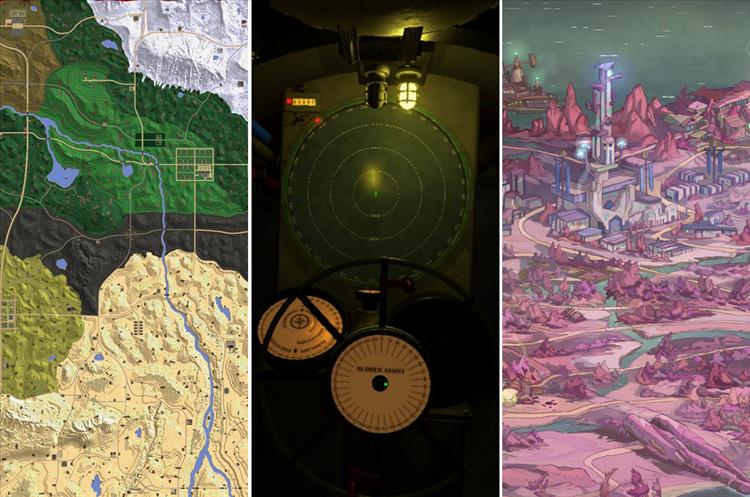