Teased at CES 2019, Creative has announced two new high end PC sound cards for gamers and audiophiles. This coming when the first Sound Blaster card was released 30 years ago.

First up, we have the Sound Blaster AE-7. Coming in at $229.99, the AE-7 has a ESS SABRE-class 9018 DAC and incredible audio clarity. Dolby Digital Live encoding with 5.1 and 7.1 virtualization allows for immersive surround sound. If you use headphones, they have an amp that amplifies each channel. You can pick up the Sound Blaster AE-7 now. 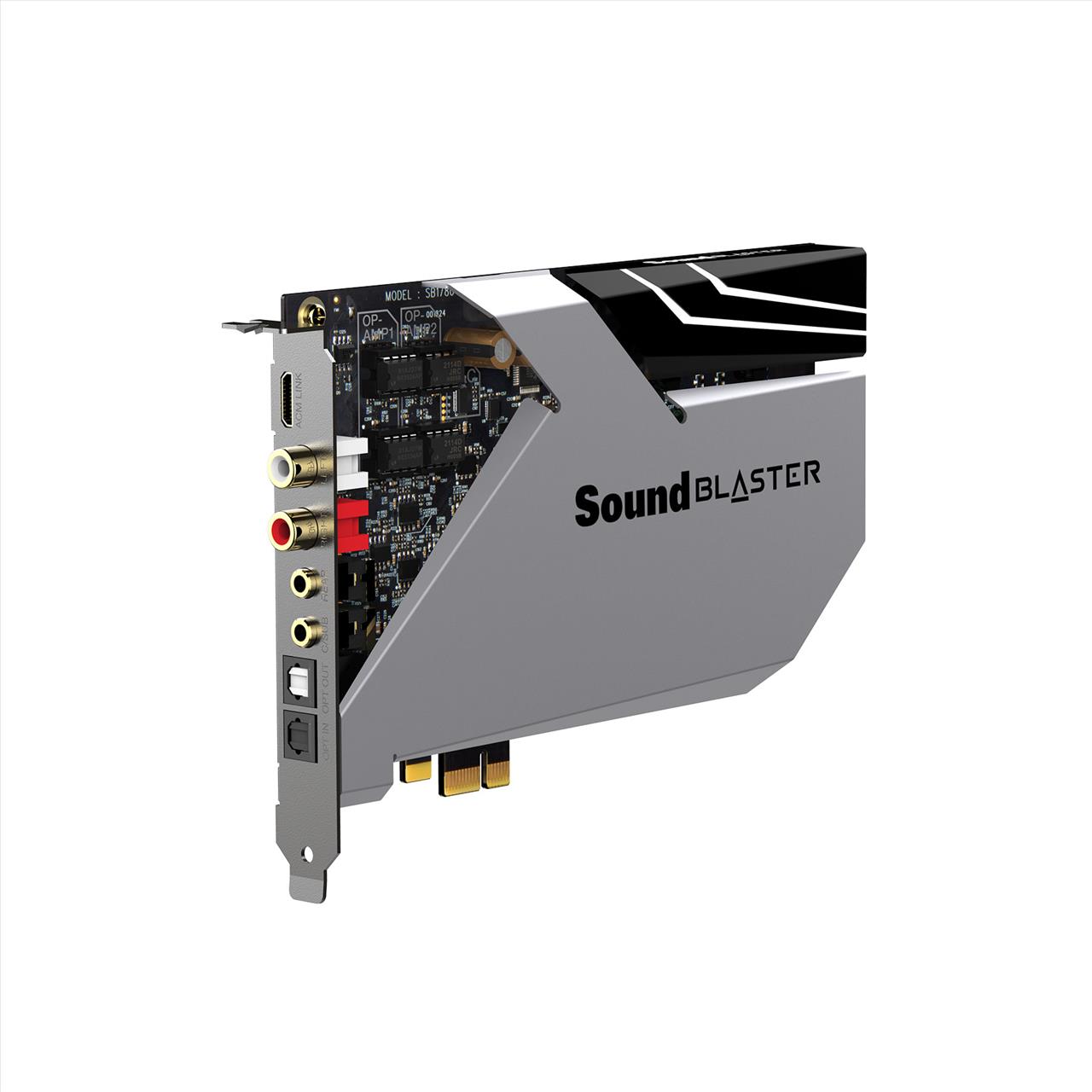 Stepping up to the Sound Blaster AE-9, you'll get an external Audio Control Module that allows you plug in some headphones and control some of the sound options. The AE-9 will retail for $349.99 and will be out in a few weeks. You can pre-order it now from Creative. 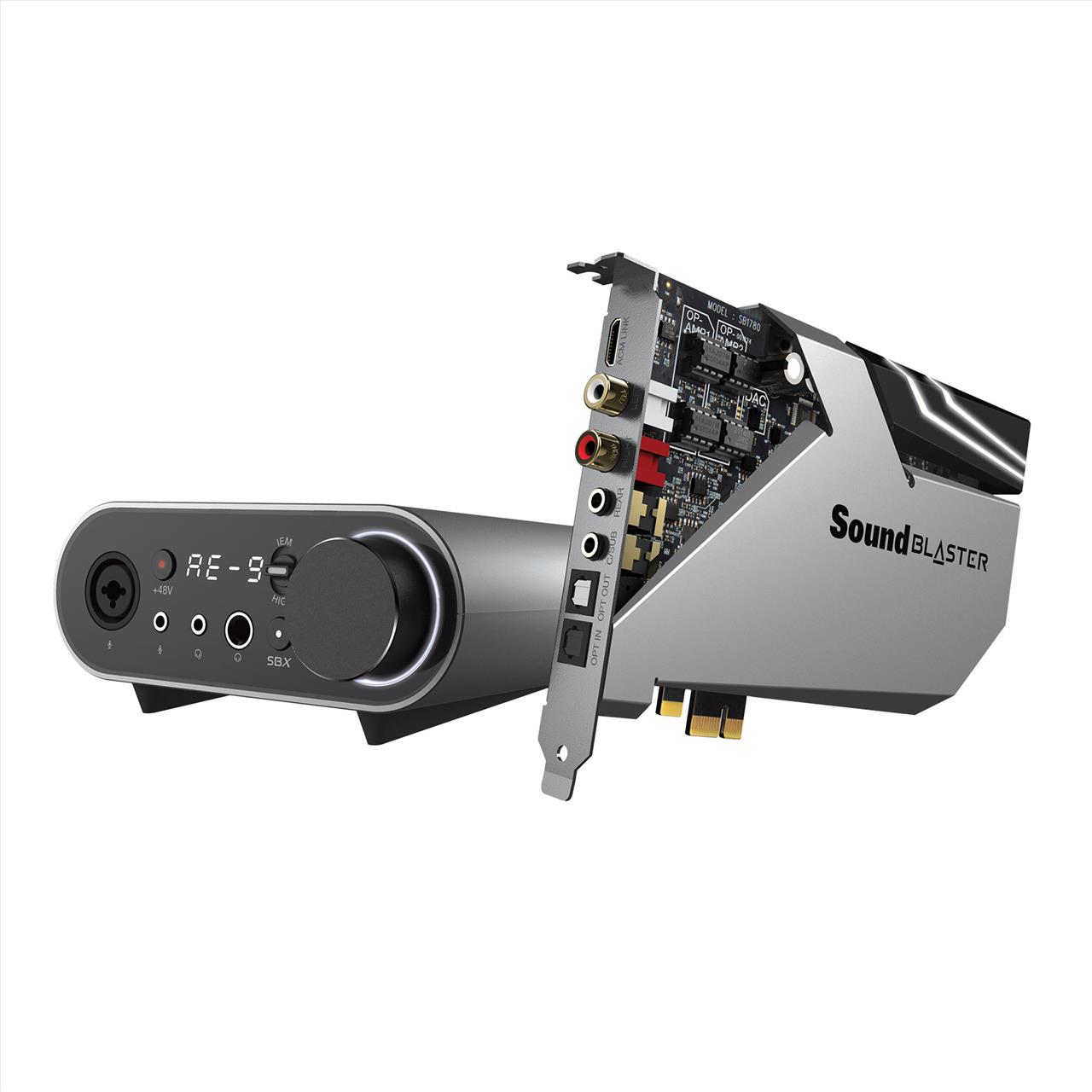 Creative Redefines the Pinnacle of Sound Cards with

SINGAPORE - 9 July 2019 - Creative Technology Ltd continues its legacy of revolutionizing audio with the launch of its most advanced PCI-e sound cards ever – the Sound Blaster AE-9 and Sound Blaster AE-7. Built with only the most premium components, and complemented with the latest technologies from Creative, these sound cards are designed to define a new performance standard in this class for the ultimate PC entertainment experience.

Up till 1989, the only sounds coming out of the PC were mere beeps. The same year, Sound Blaster was born, and PC audio was transformed forever. Since then, over 400 million Sound Blasters have been sold; and the Sound Blaster brand has become synonymous with the term ‘sound card’ and high-quality PC audio - first for gaming, and then movies and music.

With experience and expertise refined over three decades of audio innovation, Sound Blaster has continued to reinvent itself with the development of digital audio processing technologies. Each new innovation served to redefine what the ultimate audio experience really means, such as when it evolved beyond the PC in the form of external sound cards for platforms like gaming and entertainment consoles.

“The Sound Blaster philosophy is simple yet demanding. With every new product, we aim to break new ground in four key areas: technology, performance, function and platform. In our 30th year, we will make greater strides than ever before in redefining the Sound Blaster experience. The AE series, which represents our biggest leap in PCI-e sound card innovation yet, is just the beginning.  Later this quarter, we will be introducing our latest addition to the ‘X’ series of multi-channel audio external sound cards; it will be the first Sound Blaster product featuring Super X-Fi, our game-changing and award-winning headphone holography technology. And in the next quarter, we will unveil our latest products under the ‘G’ banner of gaming-focused sound cards with better console compatibility and ease of use than before. Simply put, Sound Blaster makes great sound, and never stops making it sound greater,” said Sim Wong Hoo, CEO of Creative.


Sound Blaster AE-9: In a Class of Its Own

Sound Blaster AE-9 is Creative’s flagship PCI-e sound card, and it more than delivers on its promise to gratify the needs of pro-gamers and pro-audio users. It uses audiophile-grade components such as the top-of-the-range ESS 9038 SABRE-class reference DAC that delivers up to 129 dB DNR, PCM 32-bit 384 kHz sampling, DSD64 playback of lossless audio with ultra-low distortion and jitter elimination, and boasts Nichicon Fine-Gold capacitors, WIMA film/foil audio capacitors and swappable op-amps.

What really makes Sound Blaster AE-9 stand out against the competition is its CleanLineTM Technology, a new breakthrough in filtering a microphone path for clear and uncompromised voice communication. This latest technology features specially-designed circuitry and components which eliminates voltage rail issues and isolates unwanted noise caused by power supply ripple from high-performance GPUs. Sound Blaster AE-9 is the first ever to integrate this technology in its core, allowing users to forgo the need for a desktop mixer while still enjoying the benefits of having one.

It may seem to sport slightly ‘lesser’ specs compared to the Sound Blaster AE-9, yet Sound Blaster AE-7 is very much a powerful sound card in its own right, being equipped with a hi-res ESS SABRE-class 9018 DAC that boasts up to 127 dB DNR, with 32-bit 384 kHz sampling and DSD64 playback. Audio clarity is the order of the day, with a THD of 0.0001% which represents an upgrade over its predecessor Sound BlasterX AE-5, and also the competition. At its price point, Sound Blaster AE-7 presents an excellent value proposition.

The Best Sound Blaster Processing Yet

As a gesture of appreciation for their support over the last 30 years, Creative is offering an exclusive promotion to its fans – the opportunity to upgrade from their old sound cards with an attractive 15% discount off the latest Sound Blaster products. This promotion will be valid for all upcoming Sound Blaster products launched between now and the end of the year.  For more information, visit creative.com/upgrade.