On the heels of an appearance at E3, Elon Musk deletes his Twitter over a NieR: Automata fan art controversy. You'd think the imminent console generation would be the biggest news out of E3, but it's actually how every major publisher wants to become the "Netflix of gaming." And here's a short and sweet ode to video game enemies.

Kinsey Danzis
I had my doubts about Cadence of Hyrule: Crypt of the NecroDancer featuring The Legend of Zelda for a few reasons, including the fact that the name is more than a bit of a mouthful. I’d heard how unforgiving the original Crypt of the NecroDancer games could be. But, being on my Zelda kick, and fresh off a fun time of sun and sand in Florida, I decided to give it a shot. Totally. Worth. It. Cadence of Hyrule brings some sweet remixes of classic Zelda tunes to the Switch, and more often than not I found myself bopping along to the beat in real life as I moved my character in time through this 8-bit version of Hyrule. It keeps true to the beloved franchise’s designs and music, while still giving the devs freedom to put their own spin on things. Plus, I can play as Zelda—and in the wake of the Breath of the Wild sequel trailer, I’m hyped to potentially play as Zelda in any way, shape or form. I know it probably won’t happen in the sequel, but a girl can dream, right?

Dave Gamble
As much as I enjoy our wheeled home away from home, it has one glaring deficiency, and that is the fact that my PC and Rift don't get to come along. There's only so much sedate quietude that I can stand before I start itching for some VR racing and/or flying. That said... I do have a PS4 that goes with us in the camper and one of the first things I bought for it (well, one of the first things that wasn't RDR2) was a used Project CARS 2 disc for next to nothing. Unfortunately, it was utterly useless as it turns out that a transition from a Fanatec FF wheel to a game controller is, in a word, problematic. The little sticks on the controller are far too twitchy. An embarrassingly long six months later (or "last week" for those of you on the metric system) I realized that the PS4 DS controllers are also motion controllers—using the "tilt" setting for steering made all the difference in the world.

Still, PC2 on the PS4 is a nice pair of TLAs, but it in no way compares to my fave PC sim, rFactor2. As we returned home halfway through the annual 24 hours of Le Mans, my first thought was to drive a few laps on rF2 to prep for a few hours of viewing. My second thought was "Why isn't there a Le Mans track in rF2???" Well, that worked like a charm! Just a couple of hours later, Studio 397 released their Le Mans track. While I didn't quite spend 24 hours driving it, I did get some pointed looks from the boss as I merrily drove around a virtual while she did real world chores on the camper. And there you have it: the number one tangible benefit of using a Rift headset: plausible "Oh, were you calling me?" deniability.

While I was buying DLC trinkets that would surely prompt a spousal lecture on the ever-deplorable state of our finances, I figured if I was in for $12, I might as well go for another $12 more, which came in the form of the Reiza-ported Virginia International Raceway and their Formula Vee car—the car most likely to be an "affordable" real race car and perfect for my one-man racing league that I call the Attainable Racing Series. There went a few more hours since my toxic masculine pride would simply not allow me to quit until I had completed at least one lap of the tricky VIR course in the very, very easy-to-spin Formula Vee car. As you can probably imagine, I was alone in thinking that to be a goal worthy of the time spent on it.

I end up missing flying in DCS just as much as I miss the racing. This morning I decided that I needed to pick a plane and really stick with learning as many of its arcane details as possible rather than jumping around from plane to plane. I ended up torn between the F-18 and the Harrier, those two being the only ones that have complex landings on moving ships. It's easy to hit a runway, much harder to land on a carrier. I started with the F-18, but I'm still not sure I won't go with the Harrier instead, mostly because of this morning's incident. I was in a fairly steep dive in the F-18, getting ready to obliterate a cargo ship with 1,000 lb bombs. I mis-configured the bomb settings and failed to set them to use the drag fins that pop out to slow down the bomb in order to let the plane that dropped it get away from the blast area before it explodes. So there I was, somewhere around a 50 degree dive, the target reticule centered on the bridge of the cargo ship, ready to blast it to smithereens. I pressed the bomb release button and almost immediately exploded into a giant ball of flame. Apparently after dropping the bomb, the retardation fins didn't open (because I hadn't set them to) and I was basically flying in tight formation with a live bomb. That didn't last long.

Randy Kalista
That $1 upgrade to Xbox Game Pass Ultimate got me. Three years' worth. Suffice it to say, I'm in Microsoft's pocket until 2022. And this is from a guy that genuinely enjoyed his PS4. So, here's looking forward to the next generation of consoles. Particularly Xbox Project Scarlett. I mean Project Lockhart. Project Anaconda? I've read that Microsoft calls Anaconda the "Scarlett Pro" and Lockhart the "Scarlett Arcade." Just...never mind. Pick a name, Xbox.

Game Pass Ultimate now gives me a few games to pick from, was my point.

First up, a little dungeon delving and merchandising kicked things off in Moonlighter. Mom n' pop shop owner by day, Zelda-like adventurer by night. Next, I tried coming to terms with the drone-y flying in Everspace. It's weird how changing one aspect of (arcade) space flight can throw away decades of muscle memory. I hopped back into Sea of Thieves just long enough to get a grab-the-chicken mission, sail halfway off the map, then realize I forgot to pick up a chicken coop to actually cage the thing when I found one. Then I played through the intro to Prey, which is a perfectly paced half-hour opening of a sci-fi thriller. And Void Bastards is probably the first roguelike I've ever really liked, with its space prison inmates, its (intentionally) choppy-frame-rate comic book animations, and clever narrative swings between the proper English gentleman voiceover and the "Surprise, buttface!" enemies.

Whew. I've only tried out those games for 45 minutes or an hour each. But in just one week, I've already made back the cash I spent on three years' worth of Game Pass Ultimate. Money well spent. It also helped that the wife and kiddo were out of town for a few days, making

Despite all that, I'm mostly turn-basing through 2nd century China in Total War: Three Kingdoms. As actor-philosopher Wallace Shawn once said: Never get involved in a land war in Asia. But here we are. If I played Three Kingdoms like a regular ol' "paint the map red" game of Total War, I'd have problems. Big problems. I'd have 360 degrees of warfare on every single one of my borders. My nation's leader, Cao Cao, is the hand-holding easy-difficulty leader the developers recommend starting with. But it's still a struggle. I've never spent this much time on negotiation screens in my life—and I love it.

I've arranged military access through neighboring countries to my distant enemies. I've set up trade agreements and non-aggression pacts to isolate my rivals from their allies. I remarried after my first wife was killed during the Yellow Turban Rebellion. I put my oldest son in command of his first army, then sent him off to patrol the cow pastures. Hey, food supplies are crucial. Then, uh, I learned that my "hot-headed" general took an arrow to the eye, pulled out the arrow with his eye still stuck to it, swore an oath to his mother and father, and then, unwilling to lose any part of himself, swallowed his eyeball. But it's fine. He gained the Scary trait which makes enemies just turn around and run away from him. So, that's been my week. Romance of the Three Kingdoms. With an eyeball appetizer. 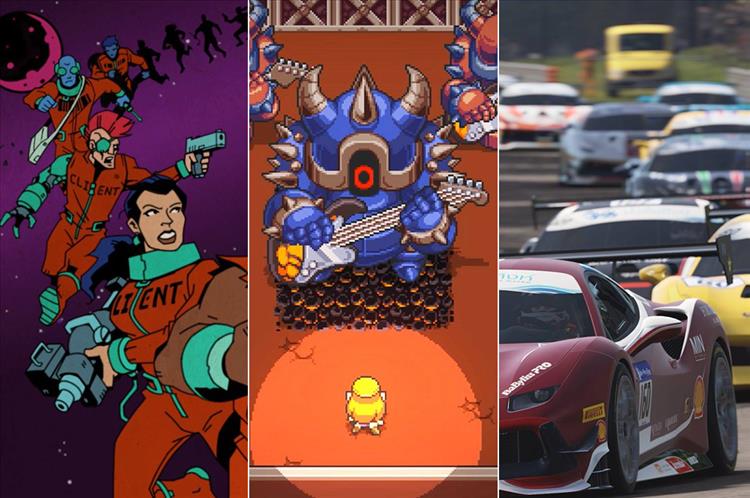