The Nintendo Switch Online service is adding 3 more NES games to its growing library on June 12th. This time we're getting Double Dragon II: The Revenge and Volleyball, which are no-brainer classics, but also the somewhat obscure Jaleco arcade port City Connection. The best out of the three is undoubtedly Double Dragon II, while Volleyball is basically obsolete and City Connection's value likely depends on how nostalgic you feel for the game.

I might not like how Nintendo is releasing their back catalog as a streaming service, but at least they are being consistent; in the latter days of the Virtual Console, we were lucky to get anything at all. It remains to be seen if this consistency of Switch Online releases persists. That said, I prefer to rummage through my sizable collection of Virtual Console purchases or the physical cartridges I own for a more permanent solution to my retro-gaming. 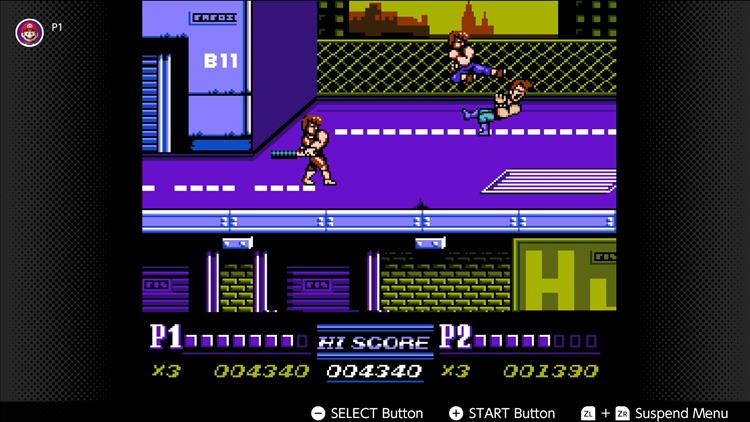 REDMOND, Wash.--(BUSINESS WIRE)-- The library of classic NES™ games available to Nintendo Switch Online members continues to grow this month, with the addition of Double Dragon II: The Revenge, Volleyball and City Connection. The three games will hit the paid online service for the Nintendo Switch™ system on June 12.

In Double Dragon II: The Revenge, Billy and Jimmy Lee, the Double Dragons, are back to avenge the loss of Marian. In their quest to defeat the evil Shadow Warriors, Billy and Jimmy must complete nine missions, facing deadly street gangs, ninjas and huge mutant fighters. (Graphic: Business Wire)

All games that are part of the Nintendo Entertainment System – Nintendo Switch Online collection, which also includes classics like The Legend of Zelda™, Super Mario Bros.™ 3 and Donkey Kong™, have been enhanced with online features and can be played anytime and anywhere.

Other features of the Nintendo Switch Online service include online play and Save Data Cloud backup in compatible games, plus a smartphone app that enhances features of supported games, such as Super Smash Bros. Ultimate. Nintendo Switch Online members also gain access to an online mode in the Tetris® 99 digital game as a special offer. The game includes online events, and recently, the Tetris 99 Big Block paid DLC added two new modes to the game, both of which can be played offline.

For $99.99, fans with a paid Nintendo Switch Online membership can purchase a set of two Nintendo Switch Game Vouchers from Nintendo eShop to redeem for the digital versions of two eligible games at a savings of up to $19.99. For more information about this limited-time special offer, visit https://www.nintendo.com/switch/online-service/special-offers/.

For more information about Nintendo Switch Online, to view membership options and to learn about a free seven-day trial for new users, visit https://www.nintendo.com/switch/online-service/.