Looks like Bethesda is finally bringing to a close one of their many missteps with the Fallout 76 release.  The folks that bought the Fallout 76 Power Armor Edition were promised a Canvas Bag to keep their helmet in, but instead received a flimsy nylon bag instead.  After much heat from the community, Bethesda agreed to send out what was originally promised for those that filled out a claim ticket.

The promise was that the issue would be resolved within 6-months, and based on this tweet this morning, Bethesda will JUST make that promise.  So for those of you that have been waiting patiently, expect your canvas bag to reach your doorstep by the end of June. 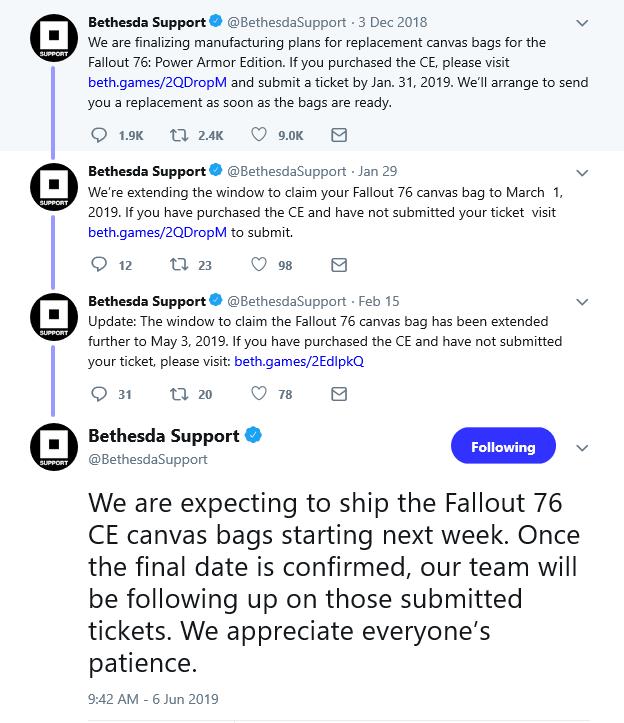