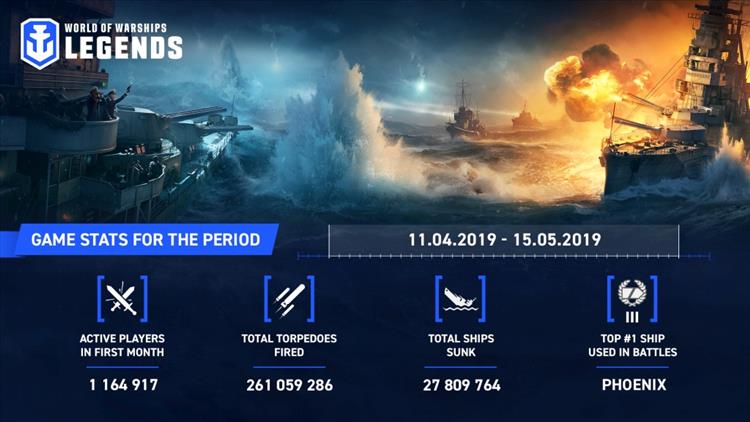 A cynic might be tempted to say that it isn't all that difficult to get a million people to download a free-to-play game, and that could very well be true. Even so, a million new players speaks volumes for the quality of the game, and even more for the server capacity required to support those numbers. World of Warships: Legends has achieved that landmark pretty quickly - roughly one month ago, it was released to early access.

Being in something of a celebratory mood, they are launching the first of many upcoming in-game additions by offering the all-new Atlanta Campaign, an upcoming Free Pack, and two new Starter Packs.

In the Atlanta Campaign, which was released on May 20, players can dive into a large variety of tasks and missions. Named after the USS Atlanta, the first of the new class of US ships built in pre-war 1940, the WoW version is a Tier VI Premium cruiser. The real Atlanta participated in the Battle of Midway and the Battle of the Eastern Solomons. Sadly, the Atlanta was deliberately sunk in November of '42, having been deemed too damaged to repair after damage received at Guadalcanal.

The Free Pack and two Starter Packs will be released later this month. These three new bundle packs include ships like the American WWI battleship USS Texas, the WWII British destroyer HMS Campbeltown, along with hero commander Willis Lee, a WWII Vice Admiral serving in the Pacific theater.

As an added bonus, boosters, credits, doubloons, premium account time, and extra camouflage will also be included in these Starter Packs.