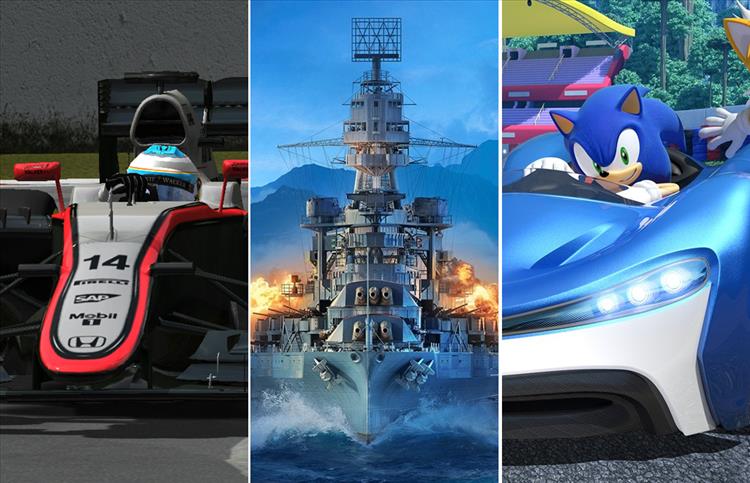 According to a report by the Entertainment Software Association, 65 percent of adults in the U.S. play video games. Last year, Rampage and Tomb Raider pulled in the highest ratings ever for video game movies; this year, Pokemon Detective Pikachu beat them both. And Werewolf: The Apocalypse, a game set in the Vampire: The Masquerade universe, will be at E3 2019.

Russell Archey
Around the time this is posted I should be wrapping up my review of Sonic Team Racing Team Sonic Racing on the PS4. No doubt that I'll be playing more of that. I do enjoy a good kart racer from time to time (i.e. Mario Kart, Diddy Kong Racing, basically any racing game that's not realistic). I also picked up an Xbox One recently. Though I do have a few physical games as well as Game Pass, I picked up Destiny 2: Forsaken and bought the annual pass so I can actually play with my clan on the Xbox One and contribute to the clan—as opposed to just picking up some clan engrams on my PC account and saying, "Yay, I helped!"

Dave Gamble
Spring is sprung and that means all kinds of outdoor maintenance work, so gaming time has taken a shot to the gut. Formula 1 was in Barcelona this past weekend and I was able to find a decent rFactor 2 track to practice on, so half a dozen hours went into that. I did settle down to watch a movie one night and was able to find Battle of Britain, but I only made it though 15 to 20 minutes before I was in DCS learning how to hit things on the ground with a bomb dropped from a Spitfire. The Spitfire, erroneously believed to be the Savior of Britain in the aforementioned battle, was primarily a fighter—it's bomb-aiming capabilities were based 100% on the error-prone "just eyeball it" methodology. I got pretty good at hitting what I was aiming at, but it required that I get very, very close to the target. I was blown out of the sky by my own bomb more than once. A lot more than once, to be honest. And wouldn't you know it? Dr. Strangelove came on TCM—I didn't even get past the opening credits (footage of a B-52 refueling from a KC-135; it was compelling and gratifying to see the bomber swaying from side to side, just like I did in the B-2 sim) before I was back in DCS trying my hand at refueling again.

It's a miracle that I ever finish a movie.

Randy Kalista
I've been hanging out somewhere between existential and nostalgic. No, neither of those are in crisis. It's just been a time of reflection. And I've been reflecting on my time in the Navy. It was only a four-year contract, but they were the formative years of my adult life, for better or worse. So, here I am, 20 years later (for heaven's sake), looking at World of Warships: Legends in a way that only vaguely relates to its gamier aspects. Firing arcs and torpedo speeds? Nah, I used to be a yeoman. That's the Navy's word for "admin clerk." Despite being on a guided-missile cruiser—as cool as that sounds—my days at sea were filled with service records and payroll filing, not target tracking and firing solutions. But I'm feeling these in-game warships. They're beautifully ugly in the way that only beautifully ugly WWII-era warships can be. Sadly, I've never heard more trash talking from any other gaming community than this one. But in that sense, it's kind of like being back in the Navy again.