With next week's addition of Donkey Kong Jr., Clu Clu Land and VS. Excitebike, the total number of Nintendo Entertainment System games on the Nintendo Switch Online Service will hit 40 total titles. Nintendo is treating this as something of a milestone, and I suppose it is; 40 classic games on your $20-a-year online service sounds like a pretty decent deal. Tetris 99 also sweetens the pot; the purely competitive Tetris rank-chaser has become a small phenomenon on Youtube.

That said, I still have serious reservations about the Nintendo Switch Online Service. If you let your subscription lapse, all of those classic games vanish, and this service has little else to justify itself; other than the NES games, it amounts to little more than a paywall for online play and cloud save backups.

I prefer to own my classic games, not lease them from a streaming service, which I why I was really hoping I could import the dozens of Virtual Console purchases I've made over the years, which are now marooned on my Wii U and 3DS. Sadly leading your Virtual Console games to the Switch Online promised land doesn't seem to be in the cards for retro Nintendo fans. Besides that, 40 NES games ultimately isn't that big a bargain anymore, especially for a service that is 7 months old and rather light on exclusive content.

Where are the Super Nintendo games? What about N64, or GameCube for that matter? I still have to keep my Wii plugged in to play Mario Sunshine, when it should be front-and-center on the eShop. $20 a year is not a lot of money, I'll give them that, but until Nintendo starts adding a significant back catalog and improves online multiplayer performance, especially in Smash Bros, I have little incentive to purchase a subscription. This weekly trickle of NES games is getting old--we had to endure that with the Virtual Console, twice, and frankly I don't have the patience anymore. To be blunt, it's cheaper to fire up my Wii U and play old NES games there.

I like the idea of Nintendo Switch Online--a massive digital library at your fingertips--but so far the service is falling pretty short of its potential. 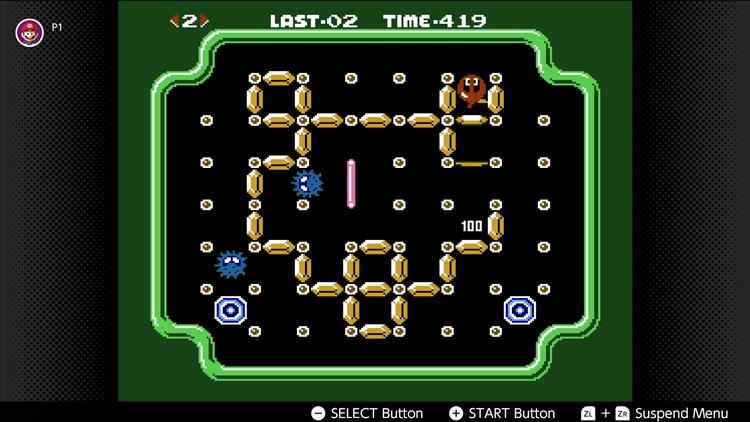 On May 15, classic NES™ games Donkey Kong Jr.™, Clu Clu Land™ and VS. Excitebike™ are coming to the Nintendo Entertainment System™ – Nintendo Switch Online collection, bringing its total number of games to more than 40. Based on the popular arcade game, Donkey Kong Jr. is the sequel to the immensely successful Donkey Kong™ game. (Graphic: Business Wire)

These three games join classics like Super Mario Bros.™ 3, Donkey Kong, The Legend of Zelda™ and many others, all of which have been enhanced with online features.

Other features of the Nintendo Switch Online service include online play and Save Data Cloud backup in compatible games, plus a smartphone app that enhances features of supported games.

The Nintendo Switch Online app now includes Smash World, a new service for the Super Smash Bros. Ultimate game. With Smash World, players can use a mobile device to view recommended gameplay videos and download custom stages created in the game’s Stage Builder mode directly to their game, providing more ways than ever before to share their Super Smash Bros. Ultimate experience with others.

For more information about Nintendo Switch Online, to view membership options and to learn about a free seven-day trial for new users, visit https://www.nintendo.com/switch/online-service/.