Crusader Kings Chronicles II: Dragon War Except You Sort of Punk Out

[The Crusader Kings Chronicles begin back here. You're Bahamut. You're a teenage dragon queen. You heard about some Animal Kingdom easter egg in Crusader Kings II and it's the best.] 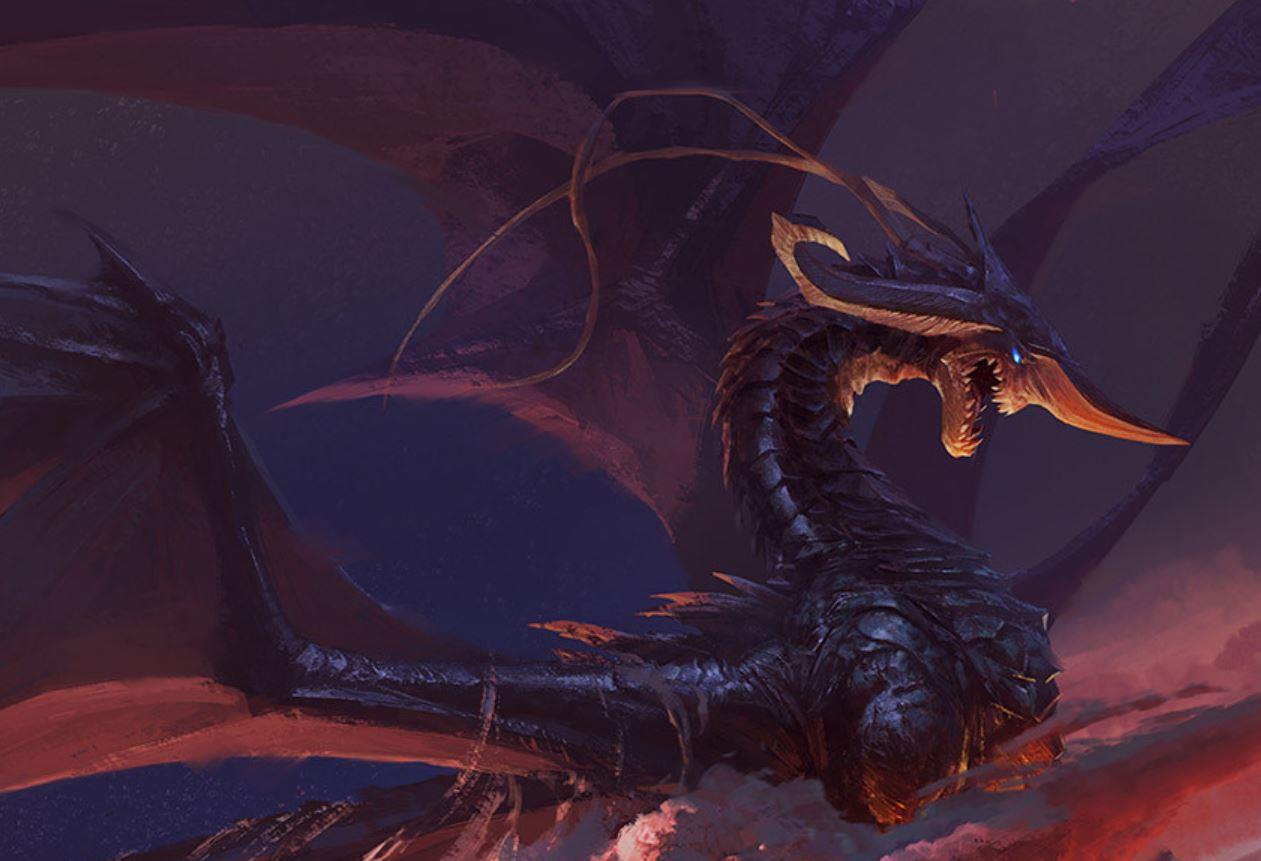 You soil your proverbial pants on Christmas Eve 1066. Quicksilver Mc’Scale, an aging, bronze chieftess in the country right next door, raises up three levies of dragon armies, boom boom boom, right in a row. Over 6,000 of her dragon troops are mustering in Havelberg, a guitar pick-shaped island in the middle of a river.

You aren’t ambitious. Your only ambition right now is for the egg you carry inside of you to be a boy dragon. But now, you have your eye on reclaiming Quicksilver Mc’Scale’s Havelberg tribe into your own country one day. Havelberg is a “de jure” Duchy of Brandenburg (you rule Brandenburg), and a “de jure” part of the Kingdom of Seserriffen (you rule Seserriffen). “De jure” isn’t talking about the Soup of the Day. De jure means you’re entitled to that place. It’s a rightful part of your claim. Yet Quicksilver Mc’Scale rules it. For now. Somebody’s got to build the Brandenburg Gate there in 700 years. Might as well be your successors that do it. 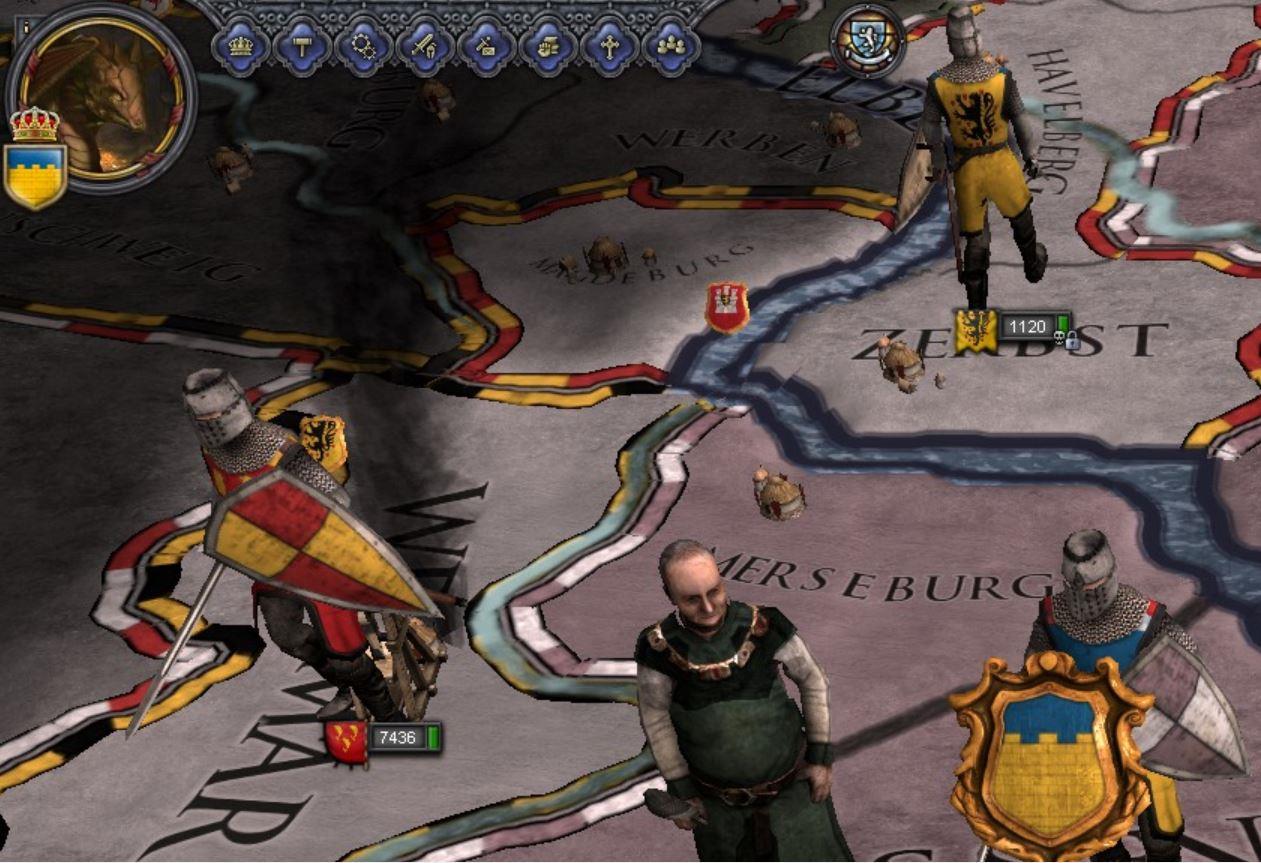 Quicksilver Mc’Scale is a middle aged dragon. She’s 51. Her prestige lags far behind yours, but she’s humble, dresses elegantly--what do dragons even wear?--and impresses dignitaries with her persuasive rhetoric. It certainly beats your harelip. She has an heir, too: Grey Ghost Mc’Scale. With a name like that, how is he not some kind of SoundCloud rapper? He’s 18 years old, and a charismatic negotiator just like his mother. But he’s deceitful and gluttonous. This kid dragon is probably eating his parents out of house and home. You’ll have to remember that, should he assume the throne after his mother. A little Turkish Delight (i.e. a box of Aplets & Cotlets) might sway the tubby little dragon.

Oh good. It turns out Quicksilver Mc’Scale’s armies are ultimately going to war with the sad, lonely county of Weimar, ruled by the craven imbecile Chief Gorynych. Why does “Gorynych” sound like a late ‘90s politician? Oh wait, you confused Gorynych with Gingrich. Gorynych was hoping to lead a quiet life of luxury, with a tutor mentoring his egg son. Gorynych is at least Catholic. You two have the same High God. But when it comes to army size, Gorynych is outnumbered six to one. In Russian and Ukrainian legend, Gorynych has “three to twelve heads” and spits fire. But Quicksilver Mc’Scale is going to eat him for breakfast.

Raise your own dragon army or keep it calm, cool, and collected, Queen Bahamut? You didn’t anticipate raising a dragon army one day before celebrating Dragon Christmas. But with this many rival dragon troops moving along your borders, better safe than scorched.

Your masterful dragon steward is “building your legend” in your hometown of Meissen. This could possibly raise a zealous pack of warriors by itself. Your competent dragon marshall is training troops in Zatec, provided a noble doesn’t interfere. You could raise a grand total of 6,600 dragon troops, enough to give Quicksilver Mc’Scale and the three- to twelve-headed Gorynych pause.

But things are moving too fast. You pump the brakes. It was only this morning you spotted troops across your borders. But they’re not coming for you. It might be prudent to simply be a spectator. Enjoy a goblet of red from your Saxony wine region. If Quicksilver Mc’Scale does well, fine. If Quicksilver Mc’Scale does poorly, fine. Perhaps then, if Gorynych-Gingrich somehow holds its own against Quicksilver Mc’Scale’s unprovoked attack, then that leaves your potential armies full and fresh, bright-eyed and bushy tailed. Your 4,000 light dragon infantry, 1,400 heavy dragon infantry, and 1,200 dragon archers can continue to kick up their heels for the moment. “Hurry up and wait,” is an expression you’ve heard used in the military many times before.

It’s been a long time since your husband, Scorch, has lavished you with so much attention. It’s finally nice having someone besides the chaplain say nice things about you. With your dragon husband’s moods finally improving--did your antagonizing work in the reverse-psychological way you’d hoped?--then perhaps the rest of your salty council of dragons may follow suit. Either way, you enjoy your husband’s attentions. While they last.

Shortly after the New Year, Quicksilver Mc'Scale's levies merge. She now leads an army of 7,300 dragons, about as much as you and the three- to twelve-headed Gorynych combined. Gorynych knows what’s coming. He’s raised the piddly 1,100 levies that he can. But that’s all he can do. The tutor for his dragon egg son is still in town, tutoring away like nothing’s wrong.

Then Quicksilver’s army disappears. It’s gone. All 7,300 dragons walk into the fog of war, and you no longer have purview on their movements.

You soil your proverbial pants again. Because the moment you lost sight of Quicksilver Mc’Scale’s army, Gorynych’s army starts moving, too. They’re heading for your little county of Merseburg. There’s no telling if they’re going to head off Quicksilver, using your backyard to get there, or if Gorynych is going to pull a fast one because he sees you haven’t raised any troops yourself. You hold your breath.

Gorynych’s dragon army is moving on. You can’t imagine your populace likes having foreign dragon armies stomp through your land, but Gorynych’s forces don’t stick around long.  They’ll be crossing the Elbe River and the into Quicksilver Mc’Scale’s Zerbst. Bold move, Gorynych. He has no chance of surviving a full onslaught from Quicksilver Mc’Scale. So he’s taking the fight to her instead. Gorynych loses the home court advantage, but that wasn’t going to save his scales anyway.

And then it happens. Before Gorynych’s troops can even set foot on Quicksilver’s land, Quicksilver’s relatively massive dragon army descends on Gorynych’s only village. Gorynych is under a months-long seige in deep winter.

Gorynych’s dragon army reaches Quicksilver Mc’Scale’s hometown. She is now under siege, too. This is ugly.

Another dragon army rises up in Moravia to the southeast. They’re heading...somewhere? There is dragon-fighting and army-raising going on at your front and back doors. You nervously pour another goblet of red wine.