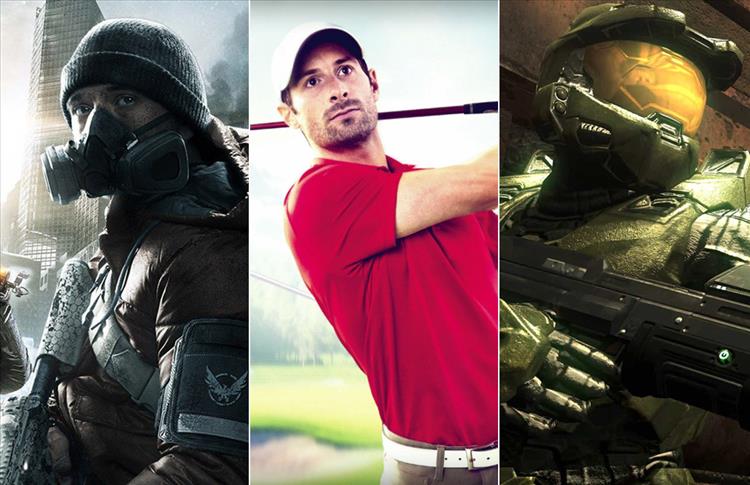 With a $500 million budget—which doesn't include marketing—Halo Infinite is rumored to be the most expensive video game development project in history. SNL tackles the problem of overly chatty NPCs. And the FTC is holding a public workshop in August to look at consumer protection issues around video game loot boxes.

Josh Butler
This week I made a very unceremonious return to the game Cities: Skylines. It has been well over two years since I played the game last, but I picked it up again very quickly. I was able to build a town of 20,000 people in just a few hours. Unfortunately, my fast-paced progress and tenure as America's best mayor soon turned dark. After a major engineering failure, a poorly placed hydroelectric plant flooded my city and 11,000 people quickly disappeared. I don't think I killed them (the crematoriums and cemeteries seemed to be holding up fine), so I assume they just left the town for greener and drier pastures. Oh well...

Kinsey Danzis
After beating Majora’s Mask, I’ve moved on to Ocarina of Time, because I’m totally known for playing things in the right order. Already, I like Ocarina of Time a little more, even though I’m only halfway through the Water Temple; Majora’s Mask was really cool in regard to, you know, the masks, but the constant pressure of passing time sapped a lot of the fun out of it for me (though getting the Fierce Deity’s mask was totally worth it in the end). I’m enjoying the leeway that Ocarina of Time gives me to mess up and wander around without stressing about having to do a whole dungeon over again because I couldn’t quite finish it in time the first time.

Dave Gamble
Earlier in the week I did some real life American Truck Simulator by towing a three ton trailer out to the middle of Missouri. Being fairly far out west you would think my thoughts would turn to Red Dead Redemption 2, and you would be right. Free advice: never lend that one out to a friend. Another side effect of lengthy tows is the insatiable desire to drive as fast as possible and flamboyantly/flagrantly violate tragic laws, and for that matter, courtesies.

That means Grand Theft Auto V. That ended up bring a quick drive up the coast on a purloined chopper I stole from a bearded rider, a ride on the gondola to the top of the mountain where a couple of tourists routinely bring a pair of dirt bikes for me to “borrow” for an invigorating and often suicidal ride back down, the theft of a pickup truck towing a speedboat, and an attempt to find a place where I could get the boat on the water. All of this was loosely monitored by my wife while she tapped away at her iPhone. She’s never paid any attention to games, so I thought I might be able to impress her with how complete the “worlds” are. Instead of finding a boat ramp, I just drive the whole rig off of a cliff and fell to the rocky coast  below. The truck and trailer were totaled, but the boat was afloat. Michael was stunned, but recovered enough to climb in the boat. By this time she was fully engaged and providing advice on how to scale the side of the boat. I eventually got in, started the boat, and motored out into the surf.

“Shouldn’t the boat have had a hole in it?” she answered.

Tonight I’m playing The Golf Club 2 on the tiny TV in the bedroom. Alone.

Charles Husemann
I'm still taking my time with The Division 2. While the main missions are great I'm finding a lot of satisfaction in freeing up DC and supplying folks with food and water.  It's not sexy work but it's something I can hop into for 20 or 30 minutes as time allows. I might get back in and hit a few missions this weekend so I'm not too overpowered when I get back to them.

Also I'm going to get some more time in with Beat Saber and Gorn, both of which have received massive updates to content and play modes since I last fired them up. There's an actual campaign mode in Beat Saber, and Gorn has some nice structure and a new map to check out.

Randy Kalista
It was my fourth birthday. My parents had gotten me a toy robot. It would walk a view steps, its chest would pop open to reveal a pair of machine guns, and the robot would spin in a circle at the waist, making gunfire sounds. I screamed and crawled under the kitchen table, refusing to come out even as guests to my party started arriving.

It was my fifth birthday. My parents had gotten me a Huffy Kids bicycle. While they slept that night, I got up and grabbed a flashlight and a wrench from my dad's toolbox. I quietly disassembled the bicycle, bolt by bolt, training wheels and all, and arranged the pieces on the living room floor. The next morning, I saw my dad standing there, looking at my handiwork, arms folded across his chest.

I guess I've never fully trusted machines. Not the electronic kind (as was the case with the toy robot), and not even the energy-saving kind (e.g. the bicycle). And this probably begins to explain the childhood-like terror I feel when playing Generation Zero. I have an otherwise inexplicable desire to disassemble these robots, bolt by bolt, and leave their carcasses smoldering on some moonlit Swedish wheat field. Which is convenient because Generation Zero is full of Swedish wheat fields.

Carter Kilmann
The rumors swirling around about Halo Infinite’s potentially outrageous (but necessary, and welcomed) budget elicited an urge to dive back into the old Halos. The Halo franchise will always be solidified in my childhood memories and hold a special place in my heart. The orchestral beauty of the game’s soundtrack still gets me. Anyway, this week I powered on Halo: Combat Evolved and relived the glory days of Master Chief. I was reintroduced to it all: the Covenant, the overpowered pistol, the Pillar of Autumn, Cortana. This franchise has come a long way.