It only took about 16 hours to make things right, but Microsoft has finally come out with a fix to the Minecraft Beta issue that popped up overnight when Mojang updated the game by accident.  For those that were impacted (saved games would be locked to the unreleased 1.11 build that the Beta is tied to), Microsoft just released a string of tweets basically telling you to uninstall/reinstall Minecraft to get back to the Alpha build v1.10 along with a link to rejoin the beta if you happen to have lost a save when uninstalling the beta build.  Unfortunately, despite the mess up and players NOT wanting the updated build, they will now have to go through several manual steps to get back to what they had before the Beta was forced out, which seems a but crummy on Microsoft's part. 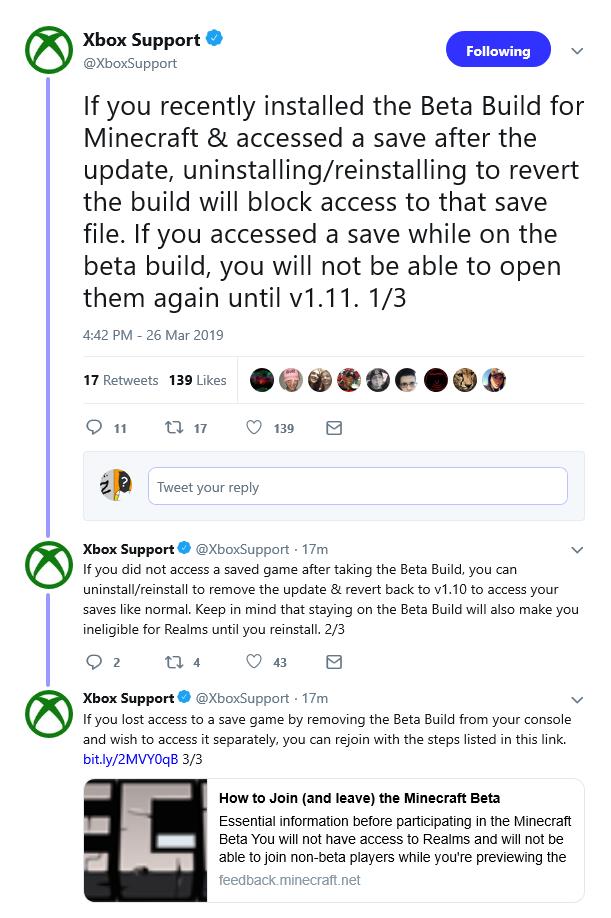