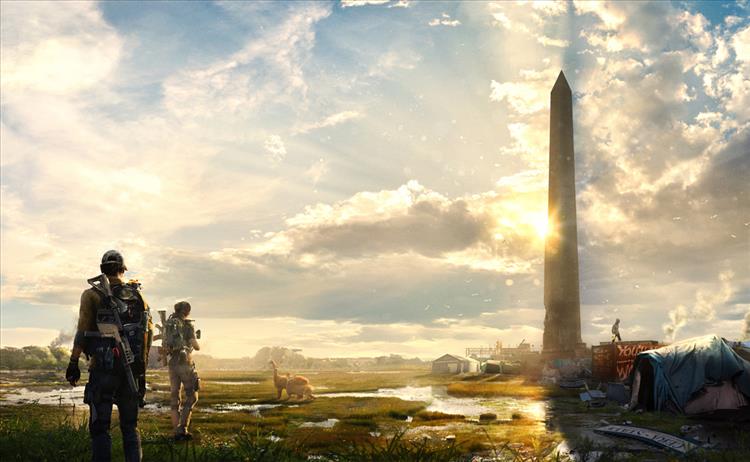 Google patents a video game controller design ahead of the Google event scheduled at GDC later this month. One study predicted that "recent violent gameplay is linearly and positively related to carer assessments of aggressive behavior"—except the study found no correlation. And The Motley Fool asks, What happens when video game streaming services take over conventional video game sales?

Dave Gamble
My oft-recurring-yet-never-accomplished pledge to get through the entire story line in Grand Theft Auto V has, yet again and quite predictably, foundered on the shores of Don't Care Island. As with Red Dead, I find that I am content just to be a working stiff in the big, bustling city. The GTA V version of the hunting/fishing sustenance lifestyle I led while living in St. Denis has been replaced with the 24-hour lifestyle of driving a taxi all night and playing golf or tennis all day. The night work is not as sedate as you would think, what with having to chase down (read: shoot at) fleeing fare-jumpers and dealing with the inevitable attention of the hair-trigger constabulary. I'm still pondering the idea of spending the majority of my meager earnings on a suppressor for the pistol with the hope that a much quieter gun might not draw as much attention from the cops. As is also par for the course, so to speak, I greatly enjoy the tennis, but the golf, while excellent when considering that it's just a side game, quickly drives me (so to speak) into the open and welcoming arms of The Golf Club 2.

Okay, I see you rolling your eyes over my being happy with the much-maligned sequel to the original TGC. But as of version 1.04, the first I've tried, I find it to be very, very fun to play with one very notable exception: putting on greens any faster than "Med-Fast' is disastrous. On one hand, the coast-to-coast forays I take half a dozen times on each and every green (which green I can only ever arrive at by playing with the 'Easy' level clubs) comport perfectly with my real world experience with golf. On the other hand, life is too short to be chair-raging over the sixth putt in a row that missed the hole by an eighth of an inch, only to trickle twice as far from the hole than it was when I started. My dogs scatter at the merest uttering of the F-word; they fly like scalded cats when it's bellowed at full volume post-putt. Over and over and over...My biggest beef with TGC2 is not the preponderance of fast green courses, it's that there is no filter for limiting browsing to the small-ish collection of courses that have Med-Slow to Slow greens. Of course, if I wanted greens as dead slow as a pool table slathered with pine tar, I could always go back to the Los Santos Golf Club, although $100 for nine holes strictly limits the number of rounds I can play.

Kinda spendy, that, when I could play at Augusta for free. Although...the pets are not likely to be enthused about my own name for Amen Corner.

Randy Kalista
Dawn of Man has been unexpectedly kind to me. On any given day, were you to hand me half a dozen Stone Age denizens and ask me to simply get them through the winter—I wouldn't make you any promises I couldn't keep. Not in today's gaming climate. Strategy games, especially ones involving nothing more than animal skins and leather tents to stave off a barely receding Ice Age, would rather have your story be: Sorry, mankind died off, your fault, Earth belongs to the woolly mammoth now. Perhaps I'm still post-traumatic from my time in Banished. But, again, Dawn of Man has been too kind. My village elder's morale was scary low, but that was from his demoralizing job of hauling flint, slowly, by hand, one rock at a time, from a distant quarry. He kept it together. He wouldn't ask for help. He just spent more time at the feet of the skull totem, contemplating death and dying, y'know, to improve his morale again. Then somebody gave birth to a baby. I don't know who. And the first thing that zero-years-old baby did was walk out of the tent, alone, over the next ridge, through a family of wild boars, to feed herself some blueberries. Your little sims in Dawn of Man are a frighteningly hardy and capable people. The other night, I'd left the game running while I went off to make dinner. By the time I'd come back, my Paleolithic meeples had domesticated dogs, fended off a mountain lion attack, skinned and tanned its hide for clothing, and cooked up a feline steak dinner for the whole tribe.

Here I am, though, back in Anthem. You can start a mission from anywhere now, but I'm still enjoying the walk through Fort Tarsis. Level 30 players won't see anymore common or uncommon loot drops, only the juicer higher-level drops, but I'm nowhere near 30. Respawn timers have changed, but death is hardly imminent at level 12 for a single-player character like me. The only change that affects me directly is the improved stability for all platforms, because, yes, my PlayStation 4 had gotten a little too familiar with getting booted to the main menu, or booted to the PS4's home screen. Otherwise, it's just me, my dude's made-for-radio-sounding voice, the clenched-teeth flirtations of the woman running the stall across from Mr. Bring the Thunder, the big guy from Moana still giving me stink eye, the scientist who's basically Mordin from Mass Effect, and the two randos always at the top of the stairs who turn to stare at me whenever they finish their conversation. I like it here. Oh, and as I'm sure you've heard, the Iron Man flights of fancy in your Javelin suits are quality. No other game has captured exosuit flight combat like this before, and it's the one thing everybody can agree on that works well for Anthem, no further tweaks necessary. Anyway, have fun in The Division 2, y'all. I'll be back here, herding Grabbits and futzing with the Boba Fett coloration on my Javelins.

Rob Larkin
This weekend will probably be a whole lot of The Division 2. Hot on the heels of the botched Anthem release, and with the histories of the botched Destiny, The Division 1, and Destiny 2 releases to learn from, will Ubisoft have learned from both their own and their competitor's mistakes with looter-shooters? The answer will mostly be in the endgame so that means the majority of my gaming time is going to have to be devoted to sprinting past the 30-40 hour campaign to get there. I want to believe, but I will have to see it first. I do have high hopes though. I liked what I saw in the beta, and even moreso I liked what Massive and Ubisoft did to respond to the first game. They listened to the feedback and made it better. It took a long time and the player base had mostly abandoned the game by the time it got there, but The Division 2 is hopefully building off that work and not pulling a Destiny 2 where they abandon everything that made the original finally work.

Otherwise I might twiddle around with some Tetris Effect but that would be all I'd have time for.

John Yan
Well, my computer was out of order for the past week with a bad hard drive error. But now that it's back online I'm going to look to play some Railway Empire and sprinkle in some small quick sessions of 7 Days to Die.

I did dip my toes in some of The Long Dark a few weeks ago and it seemed like an interesting little single-player survival game. If I get bored I might fired that up to see how the story goes.