Gearbox Software has tweeted out this picture of a date, March 28th to be exact, in the style reminiscent of Borderlands. So, if things go according to plan, we should finally get our first info for Borderland 3.

The reason I think it's Borderlands 3 and not say a sequel to Pre-Sequel or heavan forbid, a mobile offering, is that little Exit 3 in the upper right of the picture.

March 28th should be a fun day and I can't wait to check out, what I hope, is going to be Borderlands 3. 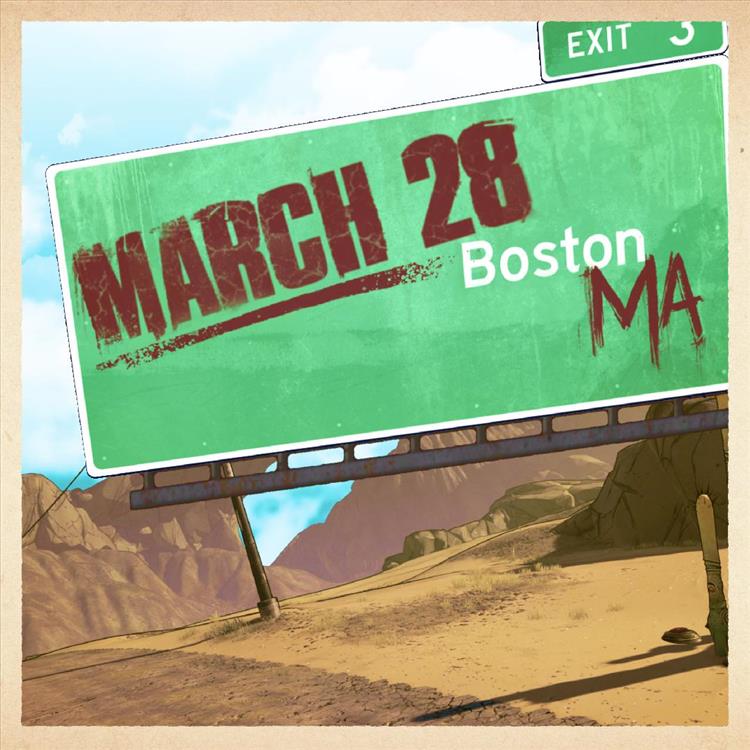