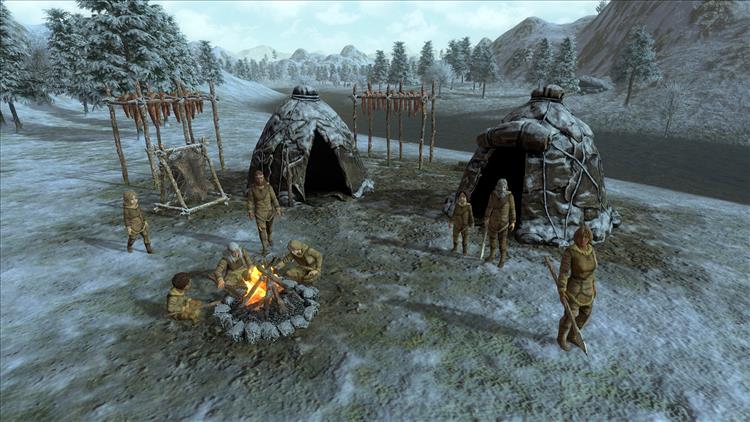 SimCity is 30 years old, and this is how it inspired a generation of city planning experts. Due to an ongoing petition, Plague Inc. is adding Anti-Vaxxers to its infectious-disease-modeling gameplay. And if you're in for the long haul, Tom's Guide put together a list of the 30 best video game trilogies

Dave Gamble
On the console, I finally finished the story in Red Dead Redemption 2. As I only enjoy brief moments of lucidity at the best of times, I have long known that I should not make important decisions during the lengthy gaps between, but somehow I forgot about that and loaned the RDR2 disk to a friend, leaving me with nothing to play. I tried Assassin's Creed Odyssey, which was an impulse buy triggered by a price reduction to $19.99, but I hated it. The reason I hated it is that it isn't Red Dead Redemption 2, although it clearly wants to be. There's a horse to ride, but the controls are deplorable. There's a rich world, resplendent with scenery and NPCs, but the NPCs are boring; their conversations aren't worth eavesdropping on, and they don't have productive lives. Zooming in on the map via a hawk is interesting, but it's a 10 second load time to get back to my avatar. It was instant in RDR2. It just isn't as cohesive and immersive as I have come to expect. Having failing at that, I loaded up my only other PS4 Rockstar game: LA Noire. I love this game for the amount of wish fulfillment it brings me. No,not the life of a gritty detective. No, not for the nostalgic value of post-WWII America. It's not even the vast selection of classic cars. The wish fulfillment I'm talking about is the ability to jump in a car quick enough to be able to drive away and leave behind the person that constantly criticizes my driving. Can't do THAT at home!

On the PC I have gone a different route and reloaded Grand Theft Auto V. I was initially reluctant because I have gotten through half of the story at least three times now and had no appetite for retracing those steps yet again, but I got to thinking that the Online version might be worth a look. I fully expected to quickly dump it in frustration after a couple of quick deaths from griefers, but that was before I discovered the nirvana of "Solo Sessions." This has turned out to be the best of both worlds. It also helps that GTA V has been in my Steam library for so long that it must have encountered some type of sales promotion that I qualified for because I very unexpectedly started with half a million bucks in my bank account. That removed the second obstacle that I had expected to run into. It's early days yet, but for now I'm having a great time just knocking over convenience stores and harassing people I meet on the street, all the while hoping that there are other missions available that don't require two players.

Randy Kalista
I'm not a smart man, but I know what—never mind. But I know nothing. Because I continue to play Anthem even though it's kicked me out to the main menu multiple times due to "networking issues," bounced me onto the PlayStation home screen at least twice in the middle of a gameplay session, and it's even done that thing where it darn near bricked my console and wouldn't start up again until I unplugged and replugged all of my PS4's cords. It booted up again only after running some scary-looking self-diagnostic. The very real threat of losing my console hasn't stopped me from hopping back into my Javelin every chance I've gotten. Like I said. I'm Forrest Gump.

But in the meantime, at least until BioWare gets an all-important "sorry we've been straight-up crashing" patch out there, I guess I'll run with one of this month's PS Plus freebies, Call of Duty 4: Modern Warfare Remastered. After Genesis Alpha One and Anthem, this is turning into the Year of the Shooter for me. Is Modern Warfare the one with "No Russian"? Or the one where you're executing a C130 airstrike from a computer screen? Am I a soldier named "Soap"? I don't even know. But the fact that I've heard of those scenarios, without ever having touched a Call of Duty game before, is a minor indication of the series' continued relevancy through the years, at least in one sense.

Hold on. My mouse is now hovering over the buy button for some Banished-like hut-builder called Dawn of Man. I say Banished-like with a ton of affection. Though I wish Dawn of Man could've at least not cribbed so hard on Banished for its sterile UI. Modern city-builders just aren't doing it for me lately, though I thank you for your 30 years of service, SimCity. But for now, going back 12,000 years, huddling inside the tent flaps from blizzards, and gathering mastodon meat for dinner sounds great.