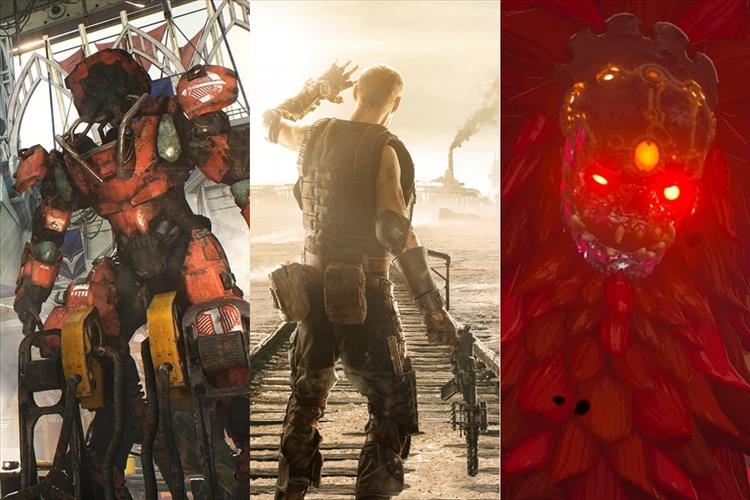 Welcome to the final days of winter where it's hard to know, day to day, if you're late for one season or early for the next. In similarly pendulous news, the top of the video game pyramid is currently occupied by battle royale. Whether it's PUBG, Fortnite, or newcomer Apex Legends, the Twitch viewership numbers are in tight contention. But as far as a few of this week's major new releases are concerned, Dirt Rally 2.0, the thirteenth title in the Colin McRae Rally series, continues its focus on realistic, muddy rally racing. Stellaris, the 2016 story-maker/grand strategy space-'em-up, lands a rare console edition. And through a series of small changes, Dead or Alive 6 chips away at its reputation of being "just a sexy fighting game."

So, what are you playing this weekend?

Kinsey Danzis
Well, I did it. After almost 200 hours of purposefully prolonged gameplay, I finally defeated Calamity Ganon in Breath of the Wild. It feels fitting, somehow, that I would finally close the book on this game right before we move to our new place...ha! Who am I kidding? I’m still going to find every single darn Korok. No one can stop me. Not even myself. I’m doing this against my will. The 100% completion rate commands me. Send help.

Dave Gamble
The life I am living as John Marston is everything I was asking for out of Red Dead Redemption 2. A few months ago when I was growing ever more despondent from dealing with the gang, I lamented (read: whined) about how much I just wanted to be a citizen of the world. I wanted to put down stakes, find a way to provide for myself, and just be left alone. Now that I'm settled, I have time to pursue the legendaries, broaden my awareness of the available country, and chase a bounty now and then.

And there's the rub: there is a part of me that is still Arthur Morgan. I don't take lip on the street or on the trail. It's a bad idea to gloat after cleaning me out at the poker table. And I still kill horses.

I made a trip around the country visiting folks that Arthur had mentioned in his journal to let them know of his passing. I had the honor of going hunting with one of them, and ended up with a very nice horse. Best I've ever had. We were riding back down south when we came across a couple fellows arguing about what appeared to be a stolen safe. I made the mistake of making eye contact, they were irked and pulled on me, so I had no recourse but to shoot them. As I sat there with my John side wondering if I was going to get dinged on my honor, my Arthur side pointed out that there was a safe just sitting there waiting to be opened. Seemed legit. I laid on a stick of dynamite, lit it, and ran...right into the horse. Nowhere to go, boom! I still kill horses.

Randy Kalista
I don't know what to tell you. As each new 6 out of 10 rolls in for Anthem, the more time I spend enjoying the game. I like the slow walk from the cypher den up to my javelin podium. I like tweaking my suit's color scheme one paint swatch at a time. And I like building up the muscle memory to set up primer and detonator combos in combat. I didn't like the exosuit design at first, no, but being able to modify helmets, arms, torsos, and legs to my liking has given me an "Ikea Effect" of appreciation for it. Flipping through the Codex glossary while out in the game world forces me to timeout due to "inactivity," though I'm still hungry for the pre-era and post-era sense of time and place—even if it all just looks like jungle and waterfalls at first. I'm no power-leveler and I don't have the pleasure of a huge Twitch audience telling me I'm doing it all wrong. I couldn't tell you if the end game is repetitive and/or non-existent. All I know is: Anthem is a good time so far. So, until the incessantly bad reviews finally get to me, I'm going to get out there, Iron Man my way through the friendly skies, pop a few bugs, and wrench open a couple loot boxes.

John Yan
So, I started out Metro Exodus this past weekend to do some testing on new NVIDIA features. So far it's a lot of fun. I'll continue trudging my way on the surface of Moscow, trying to figure out what's really happening. I keep seeing folks talk about Apex Legends and I have it installed so I might give it a few rounds to see what the fuss is all about. Finally, I'll probably get in a few sessions of 7 Days to Die because it's been a while since I scratched my zombie-killing, base-building itch.