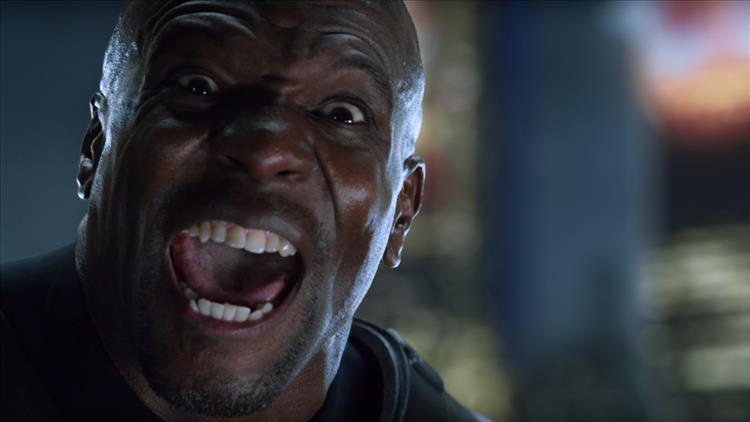 It’s a quiet week here at Gaming Nexus. Dave has returned to his natural (virtual) state in VR, happily throwing aside the 2D conventions he was stuck with for the past couple weeks. Chuck continues to reap the benefits of having an Xbox Game Pass by grinding through the long-awaited Crackdown 3. Randy is still yelling loudly in the Gaming Nexus Slack channel about his alien-paranoia first-person shooter/mining/builder Genesis Alpha One. It’s possible the only thing that will tear him away from that is today’s “everybody else” launch of Anthem. And while John works weekends so he can save up his lunch money for a foldable phone, he also finds time to test out this newfangled Ray Tracing technology.

Dave Gamble
I have regained VR capabilities on the PC, so I'm jumping back in with both feet. I have been putting off trying Elite: Dangerous in VR because I haven't played with it for a couple of years and don't relish the idea of going through the steep learning curve. Most of that learning was attempting to remember where I had mapped all of the controls to my HOTAS, though, so this time around I'm using VoiceAttack and an HCS Voicepack. They have many to choose from, but I went with William Shatner based on a sample I heard on YouTube:

Player: "These guys are too tough for us. We need to get out of here!"

On the console, well, the Red Dead Redemption 2 news is not good. I finally finished Chapter 6, so...well...the news is not good. On the plus side, I'm looking forward to finally being able to visit Blackwater. I'm going to need some time, though, to adjust to my new realities.

Charles Husemann
This weekend I'm planning on continuing my grind through Crackdown 3. So far it's not bad, but it feels like more of a benefit of having Game Pass than a game I would recommend spending $60 on. The weapons are fun and the some of the Terry Crews voiceover work is amazing, but the rest of the game is a bit on the meh side and not the huge leap many were expecting. Orb collecting is still fun. I'm just not sure this is a game I would recommend for everyone.

Outside of that I might spend some time with Anthem. I was impressed with the beta but I'm thinking I might wait for a patch or two before plunking money down on the game.

Randy Kalista
Tuesday's announcement of Darkest Dungeon II has me firing up O.G. Darkest Dungeon again. I'm not a grimdark kinda guy. I'm not a Lovecraftian horror kinda guy either. But Darkest Dungeon's narrator still snarls its way into my dreams. Were I a character artist, I'd just copy Darkest Dungeon's style and call it a day. And if I needed to slowly chip away at a player, one lingering mental affliction at a time, I'd do it with a sequel to this particular game. Judging from the ominous mountain in the reveal, it looks like Red Hook Studios is going to show Capybara Games how to make people dread going Below.

Cue up the wavering theremin UFO music. Get me my Stanley Kubrick Space Odyssey outfit. Pin some 1950's space travel posters to my wall. Genesis Alpha One still has a lot of my attention. Some games are better than others at disguising the repetition in their gameplay. I'm not even saying Genesis Alpha One does that. But it's such a satisfying loop for me. Take a cargo lander to an alien planet's surface. Farm for resources, fend off xenos. Return to my customizable mothership. Watch the bots carry crates of minerals to storage for supply, or from the storage to the refinery, or use resources from the refinery to craft ammo and restock my gun cabinet, or build a second set of crew quarters, or to clone a new crew member, or assign that crew member to the bridge in order to hyperdrive to the next solar system and scan the sector for a "Genesis Candidate"—a repopulation-ready  planet. If not, we've got 300 more planets to check, Commander.

John Yan
So, my time's kinda limited with my other ongoing projects, but I hope to jump into some Metro Exodus to test out NVIDIA's Ray Tracing and DLSS features that were put into the game. I'm also going to give Battlefield V a little try for the same reasons. I'd like to see how well the card does with the features that NVIDIA's been touting for six months now.