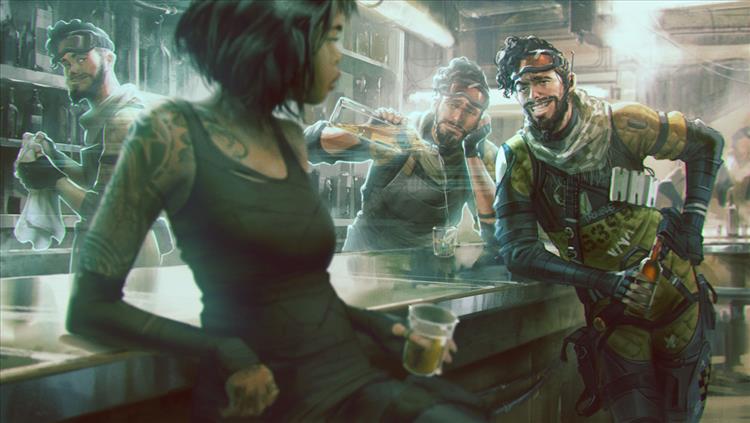 Pennsylvania is proposing a bill to introduce a 10 percent tax on Mature or Adults Only video games—but the ESRB says that's a first amendment violation by targeting video games based on their content. Shawn Layden, who heads Sony's 13 development studios, wants bigger games and fewer games. And with the release of Apex Legends, a game that "basically chopped in half" Fortnite's viewership on Twitch, EA's stock has caught fire.

Kinsey Danzis
Sad, somber music echoes through the living room, punctuated by the scraping of cardboard and the ripping of tape. Bubblewrap crinkles beneath my fingertips, protecting the precious electronic cargo wrapped within. When the moment comes to seal it away, I do so quickly, trying not to think about what I’ve just trapped within the boxes—inaccessible, lonely, and unused.

That is to say, my fiancee and I are moving pretty soon, and the time has come to start packing up some of the lesser-used consoles and games. The Xbox 360, Wiis, and DS Lite/3DS were the first to go, currently sitting in boxes that we looted from ABC on recycling day. I’m clinging to my Switch (which, admittedly, is the easiest thing to transport) until the last possible moment—partially because I’m in the midst of a review for a Switch game, and partially because over my dead body will I stop playing Breath of the Wild to cope with the stress of the move. Have I beaten Calamity Ganon yet? Nope. But have I gotten a sweet motorcycle and spent 10 minutes doing donuts in front of the Dueling Peaks Stable? Yep. It’s called coping.

Dave Gamble
I'm playing "flat" this week due to an incoming non-VR racing sim in for review. There's a quirk in my PC racing sim VR setup that that precludes the use of my FFB wheel on my normal desk monitor, so I have to bring in a 2nd monitor to host the racing. That requires the unplugging of the Rift for the interim. On the plus side, I was finally able to fire up Codemaster's F1 2018, which I bought on impulse at 60% off. This is the first F1 20xx game I've bought that has decent force feedback, which is critical to this kind of driving. I still can't fathom why they still haven't added mouse support for the UI, but other than that (well, VR in 2019 please!!) it's very good. I have been working my way through the 12 Classic cars and having a lot of fun with them.

There's only so much racing I can do in a day before the force feedback begins to exacerbate the months-ago sprain I received in my left thumb after being T-boned in a terrible GT3 race, so I repair to the console for some time in Valentine, New Hanover, where I fill my days with subsistence hunting (I recently discovered that cooked meat will last in your satchel for days and days) and evenings playing poker. It's not a bad life, really. I probably have over 200 hours in Red Dead Redemption 2 by now, with the vast majority of that time dedicated to avoiding Dutch and his ridiculous plans. If it wasn't for his impervious plot armor, I'd have offed him myself a dozen times by now. Our most recent meeting ended with us in a heated gun fight with the US Army, followed by a dramatic escape lifted directly from Butch Cassidy and the Sundance Kid. At this point, I cannot see how there is any hope of a happy ending to this epic saga.

Travis Huinker
My game of the week is many at this point. Gaming on Xbox has been ranging from returning to Forza Horizon 4 to the recently released and internet's favorite, Apex Legends. At first I thought Apex Legends would simply be a couple of games that I'd try out, but it has become an ever-growing addiction. It might be my nostalgia of Titanfall 2, but Apex Legends has been a welcome surprise and my perfect combination of standard and new battle royale gameplay features. The only thing I'm worried about this week is the onslaught of new games I want to try releasing soon, including Metro: Exodus, Far Cry New Dawn, and Anthem. Well, free time is for games, I guess, right?

What I can talk about is my latest love affair: Genesis Alpha One. Its NASA-white walls and red furniture are steeped in the retro-futurism of 2001: A Space Odyssey. Its terminal-font CRT computer monitors are this close to asking, "Shall we play a game?" And the larval-stage alien bugs complement the Starship Troopers propaganda posters pinned up in the crew's quarters. This is how you take Gen X nostalgia for MS-DOS prompts and upcycle that nostalgia for the 21st century. Also, giving me modular starship construction, as well as lite resource management and logistical tasks, is absolutely how you get someone like me to play a first-person shooter. Genesis Alpha One is about as far away as you can get from today's Battle Royale headlines. I'm in a happy place that FPSes haven't particularly provided me in a long time.