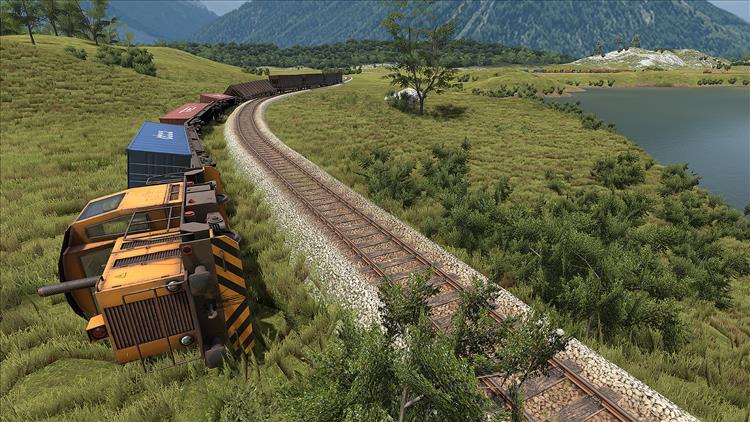 Terry Crews talks about the difference between acting on TV and acting in a video game—and why acting in a video game is so much harder. What would you do with $43 billion? Apparently, you'd buy video games. Which is a good thing, since a new study suggests that young gamers have higher levels of moral reasoning skills than their non-gaming peers.

Russell Archey
I've been continuing my trek through Destiny 2's campaigns. I recently finished up Curse of Osiris and am currently making my way through Warmind. CoO was actually pretty easy. Then again, I was kind of over-leveled going into it as I had the advantage of starting it around level 26 or so. Most players had first started it when they were at the original level cap of 20. It also helped that when I first started playing again a couple of months ago I was doing every Adventure and Public Event I saw, so I was kind of doing some extra grinding when I didn't even realize it. I've also started playing through Kingdom Hearts, again, for the third time. To put that into context, this is the third time I've started the game for one reason or another, only now I plan to actually play beyond the first couple of areas. Since I have 1.5 + 2.5 Remix for the PS4, I'm hoping to play through all six games in chronological order. And I accidentally forgot which game came first and started with KH1. Whoops. After finishing that, I'll back track to Birth by Sleep, then continue with the rest of the games in the correct order.

Dave Gamble
I still can't tear myself away from the parts of Derail Valley that work (remember: it is still very early access), which primarily means shunting cars around in the rail yard since I have yet to successfully complete a hauling job. And I'm back into Red Dead Redemption 2. I've decided to bite the bullet, so to speak, and get through the story. At this point, I would gladly find a creative way to be rid of Dutch once and for all, but his impermeable plot armor is far stronger than my best gun. I guess I'll just have to tough it out, which won't be easy now that Micah has gotten it into his head that he has leadership potential. And I am awfully tired of paying for Blackwater when I wasn't even there.

Randy Kalista
Got a few things happening, I suppose.

First, Far Cry New Dawn review code may or may not have arrived by now. If so, I'll be balling through the fuchsia-colored future, fighting with the generation that survived the nuclear fallout of Far Cry 5's nothing-you-did-mattered ending. Truth be told, I haven't played a Far Cry since 2008's Far Cry 2. Fire spread like crazy! Grenades rolled downhill! You could shoot the branches off trees! In the 10 years since, some of those features are now standard, while others hit the cutting room floor. Between New Dawn, Rage 2, Sunset Overdrive's resurrection on PC, and the very Swedish Generation Zero, the post-apocalypse is looking brighter than ever.

Second, a demo for Crying Suns, a Humble Bundle-published title that caught my attention only recently. A neon blue far-flung future, humanity on the endangered species list, and a main character named Ellys Idaho. Which would be the worst name in the world if it wasn't an homage to author Harlan Ellison (A Boy and His Dog, I Have No Mouth and I Must Scream) and Duncan Idaho (main character of Frank Herbert's Dune novels). I mean, I'm guessing that's where you get a name like Ellys Idaho. Otherwise it's just a bad name without those sci-fi references.

Oh, and I'd been meaning to play Return of the Obra Dinn. I'm a 19th century insurance claims adjuster—stand back, ladies and gents—assigned to a case on Her Majesty's Ship Obra Dinn. It went MIA for a few years, but it's back now, with all 60 souls on board super dead. What ensues is the biggest game of Clue I've ever undertaken.