Microsoft has been having a bad last three days with its Xbox and Xbox Live Services.  Starting on 1/30, there were issues with Xbox One going to a black screen on startup that took over three hours to resolve.  The problems continued into yesterday, with over 6 hours of Log in and Download issues with the store.  Apparently, third time is the not-so-great charm, as Xbox Live once again had issues impacting not only Live features, but access from third part games such as Bethesda titles, Rocket League and Ubisoft games. 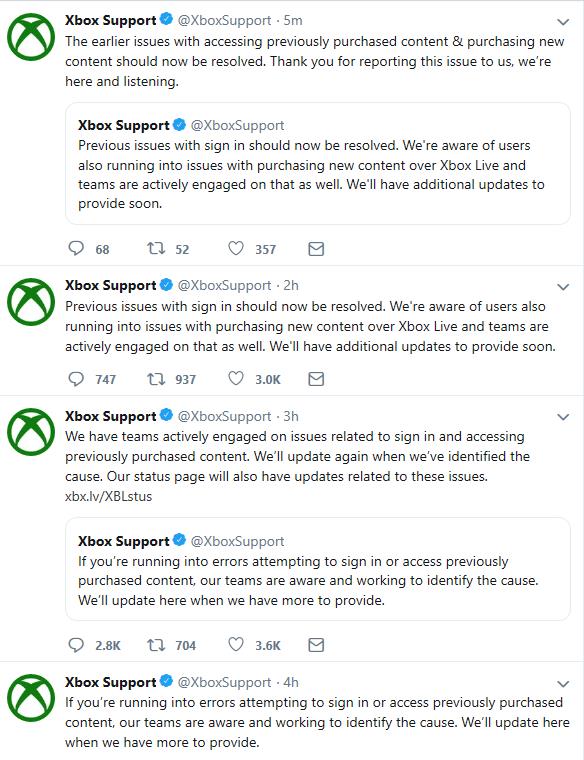 While this outage has now been cleaned up and "only" lasted a little over three hours, it should be cause for concern that whatever caused the initial issues a few days ago appears to still be lingering in the Microsoft Xbox Live infrastructure.  Hopefully this will be the last service interruption for a while, but at some point MS needs to start offering its paid clients some compensation for almost 12 hours of lost gaming opportunity this week.