Spider-Man gets a Fantastic free update

Marvel's Spider-Man on the PlayStation 4 is proving to be the game that keeps on giving! The crew over at Insomniac dropped another free update for the game this week that gives players two new costumes in order to celebrate the return of the Fantastic Four to the world of comic books. Granted, there are some other tweaks and fixes involved in the game's latest update, but this is the thing that you will notice the most.

The two new costumes are that of the Bombtastic Bag-Man Suit and the future Foundation Suit. As corny as the Bag-Man suit appears, it is rather iconic. The Future Foundation suit however, might be the best looking suit in the whole game. It just looks... well... fantastic! Both suits, and the update, are available now. 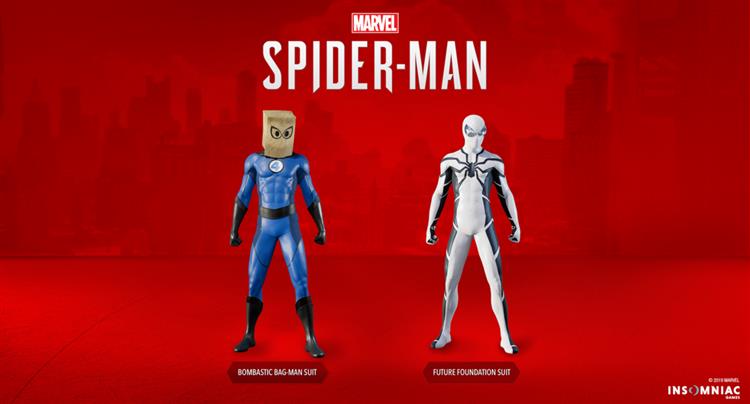