While it may seem that Forza Horizon 4 is still a recently launched title, the game has now received its Update 5, which means we have completed 16 weeks of Seasons and are starting over again with Summer.

For Season 5, there are several new components being added to the game, including the return of Mitsubishi with a 7-car DLC car pack, a new free-for-all adventure, a story line to try and track down Isha's taxi as a Level 10 reward and tons of new events, cars and challenges. 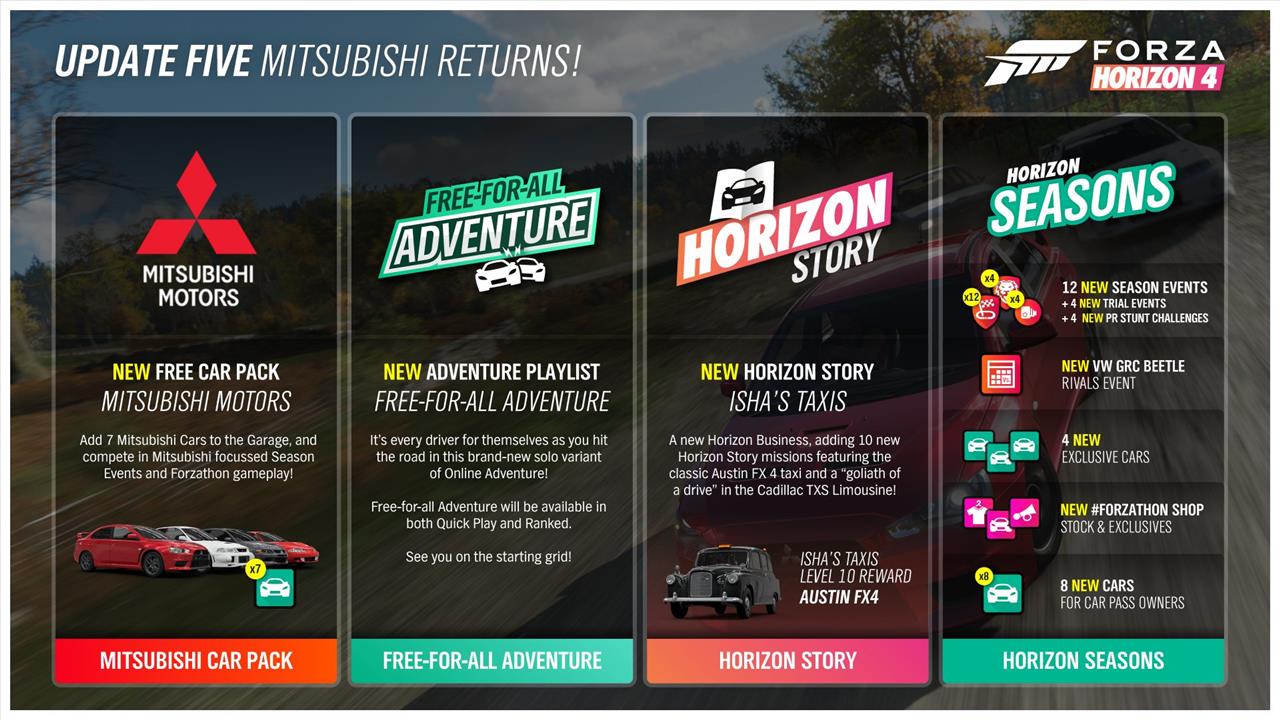 For Summer season specifically, check on the image below for all the new stuff to tackle over the next week: 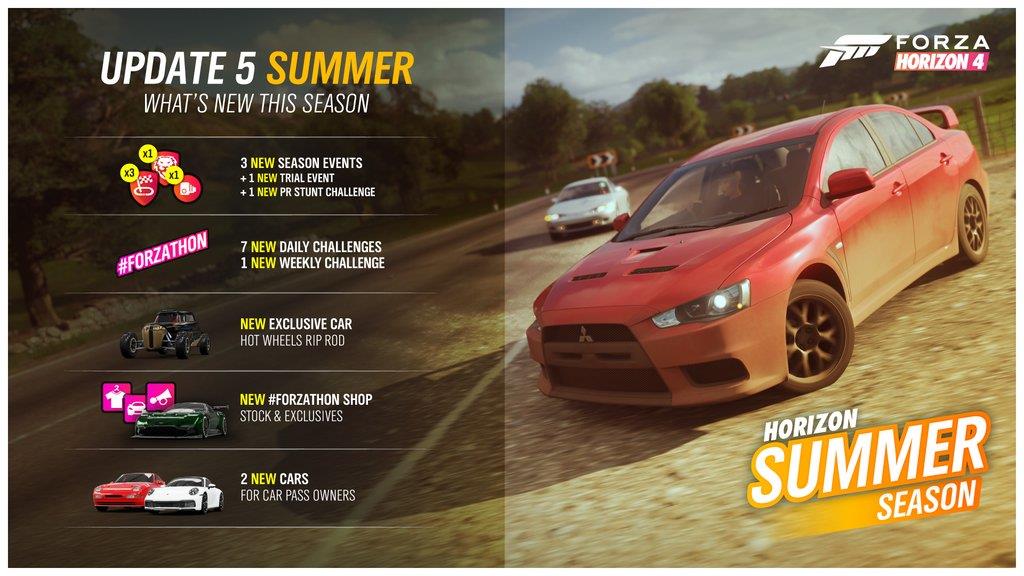