CES 2019: Razer goes all colorful and gives Xbox One gamers a solid keyboard and mouse

I never go by a CES without visiting the great folks at Razer. They always have something really interesting on hand, even if some of their really cool stuff doesn't come to market.

First up was the Razer Turret for the Xbox One. As you may be aware, Microsoft is opening up mouse and keyboard support for their console and Razer's got you covered. 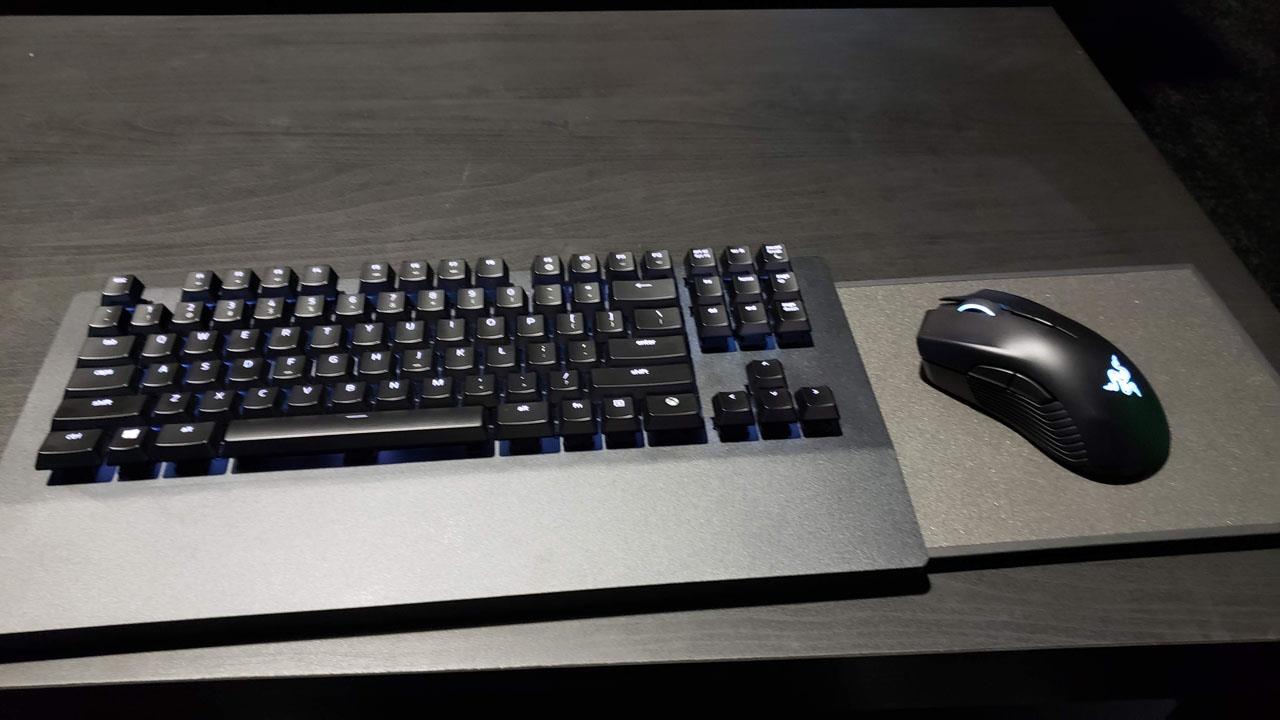 We reviewed the original Turret and while it was... OK.. the new one is a great deal improved over the original. It's definitely a lot more hefty and feels really solid. The keyboard has a nice response to it when the keys are clicked and there's an Xbox key on the bottom right where you can pull up the same overlay as when you press the button on the controller. You can even use the arrow keys to navigate through the Xbox One menu system, which is convenient. 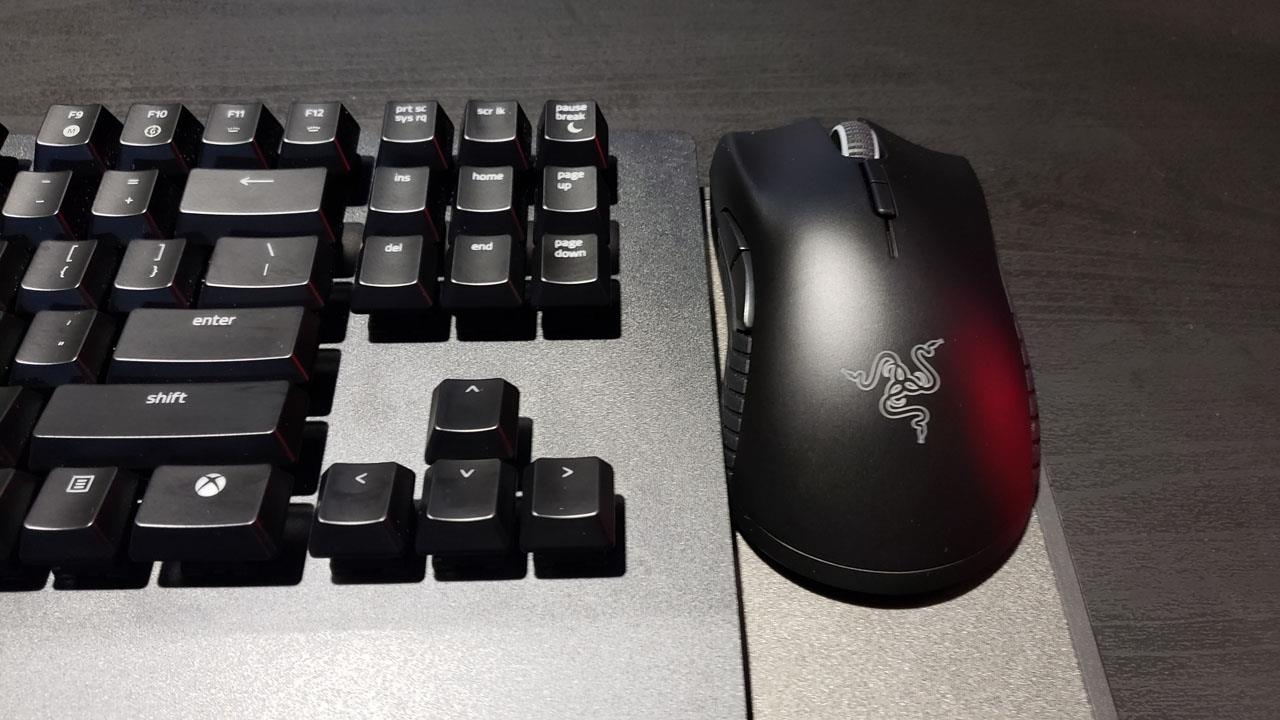 Sliding it all the way out provides a nice amount of surface area for you to use. Unlike the previous Turret, the Xbox One version features a normal sized mouse that felt good in the hand.

Connecting the Turret to the Xbox One is done either via the single wireless dongle or you can connect they keyboard and mouse via USB. What's nice about the dongle is that you can unplug it from the console and plug it into your computer and you're ready to go to use the Turret.

From my quick demo with it playing a tower defense type game, I had no problems using the combo to accurately control the fighter and place turrets in the path of the enemies. The big test will be with FPS games.

Hypersense is a way for gamers to feel the game and Razer has had it built in to one of their headsets. But what if you could feel it almost everywhere? 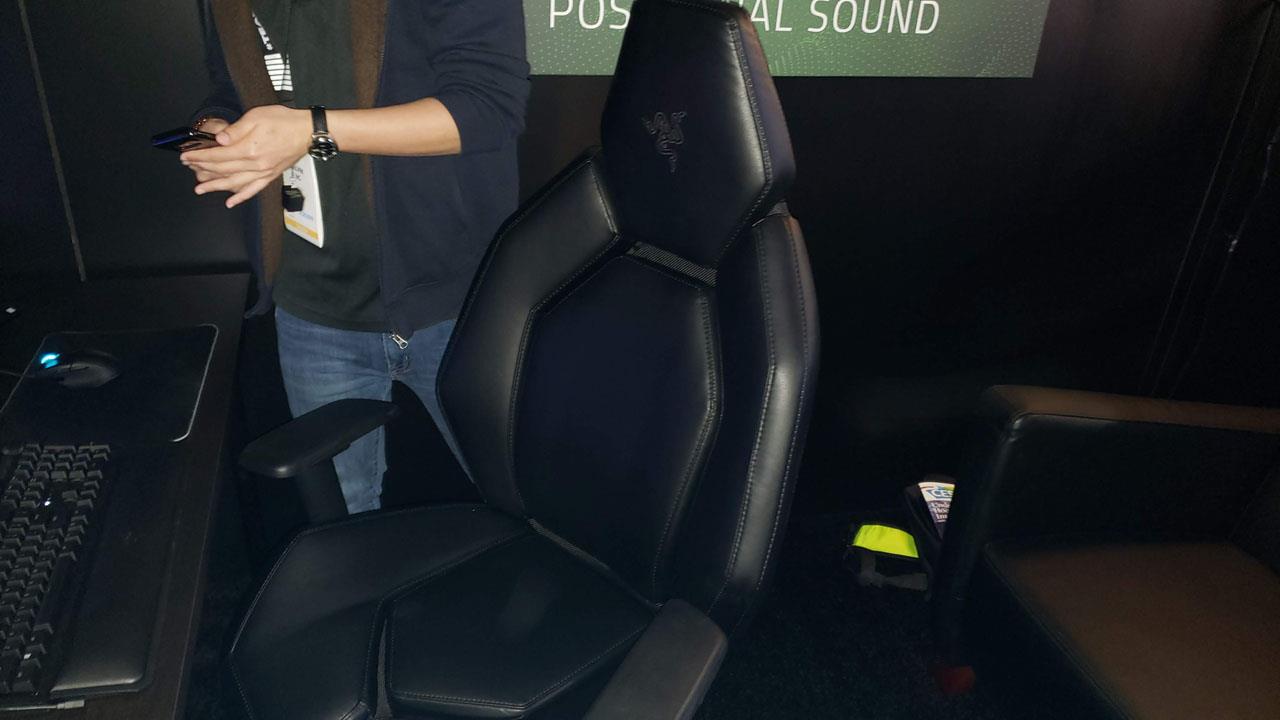 Razer had a room with a concept chair, mouse, and wrist rest with Hypersense technology so you can feel things like when your gun fires or when you boost. It wasn't just a generic rumbles as you felt distinct vibrations that mimicked the object or action on the screen.

Playing some Overwatch and being to feel various guns fire differently not only in my headset but on my back, mouse and wrist was really awesome. This is the Hypersense that Razer envisions for the future and I hope they do release more products taking advantage of the technology to provide a more immersive experience for the gamer.

We posted on the Razer Raptor when it was announced and I was able to see it in person at their booth. It's a pretty nice looking unit up close and the cable channel in the back looks really solid. There's a nice soft finish on the back that exudes a nice premium feel to it.

For those that love color, Razer is partnering with 15 vendors and more to come in making it easy to control all your peripherals with RGB. If you have a product from a supported vendor, you'll just need one single Razer Synapse program and you'll be able to set the lighting, which let me say it's really damn convenient.

I hate installing a program for each specific vendor so to have someone aggregate some of the most popular vendors into one program is a great step. Not only can you control the lighting easier, but the software can be made aware of where things are. Say you have a computer off to your right and a Philips Hue next to it and color tiles on the wall. If you create a pulse animation, the software will know which items to light in what order to achieve that affect. It was pretty slick to see in person. 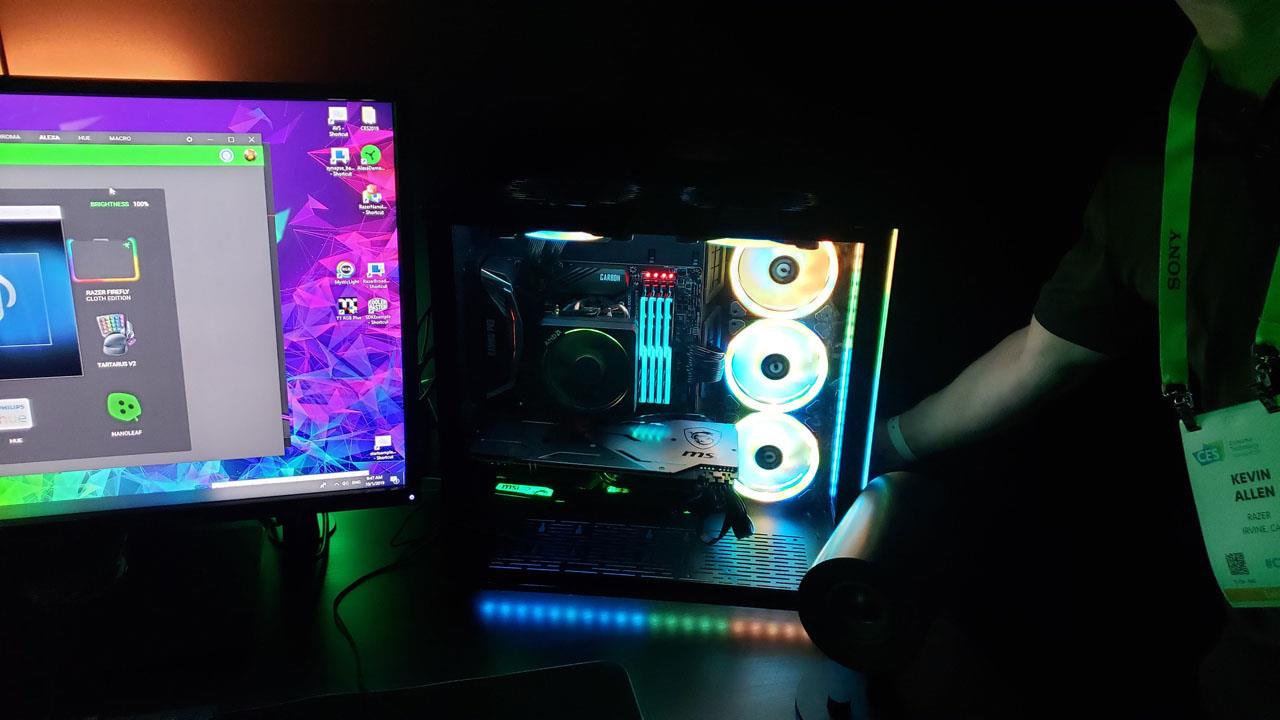 Just having all the lighting controls in one place is really great and to see that integration take place really brought a nice smile to my face.

Razer is also implementing Alexa support so you can do things like "Alexa, Tell Razer Synapse to change the color to red." and it'll do that without having you go into the program manually.

Razer had some great products in display and as usual, I walked away with impressed by what they had to offer. A lot of these products shouldn't take long to come out so look for many of them in the near future.