CES 2019: LG has some wide, and I mean wide monitors for gaming

Stopping by at the LG this year, I looked over the monitor selection that they had at this year's CES. On display were a normal, wide, and extra wide monitor that was really impressive to see on hand. All of the monitors you see in the pictures are using an IPS panel so you'll get great viewing angles. 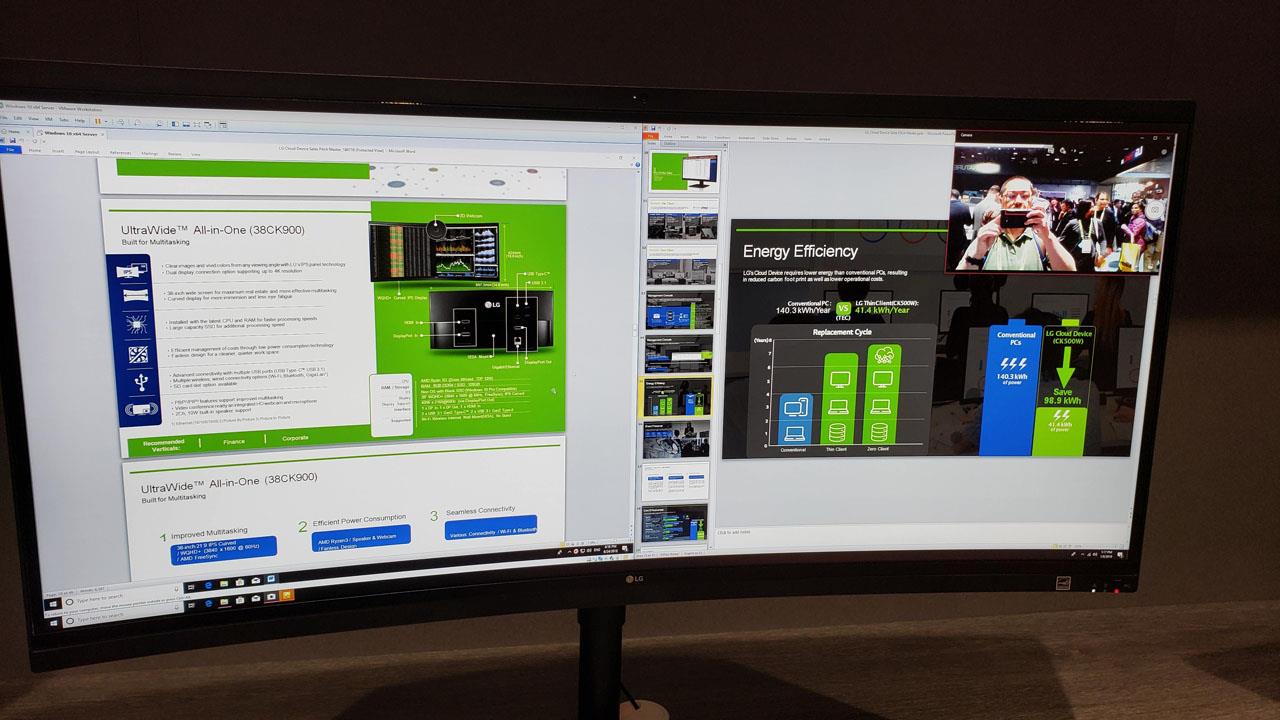 On the productivity side, LG had 37.5-inch ultra-wide that was also a thin client housing an AMD Raven Ridge Rizen 3 with 8GB of ram and 128GB SSD. If you want something that can be used for viewing multiple items on a single screen and not have to attach a computer to it, the 38CK950N is the one you want to pick up. 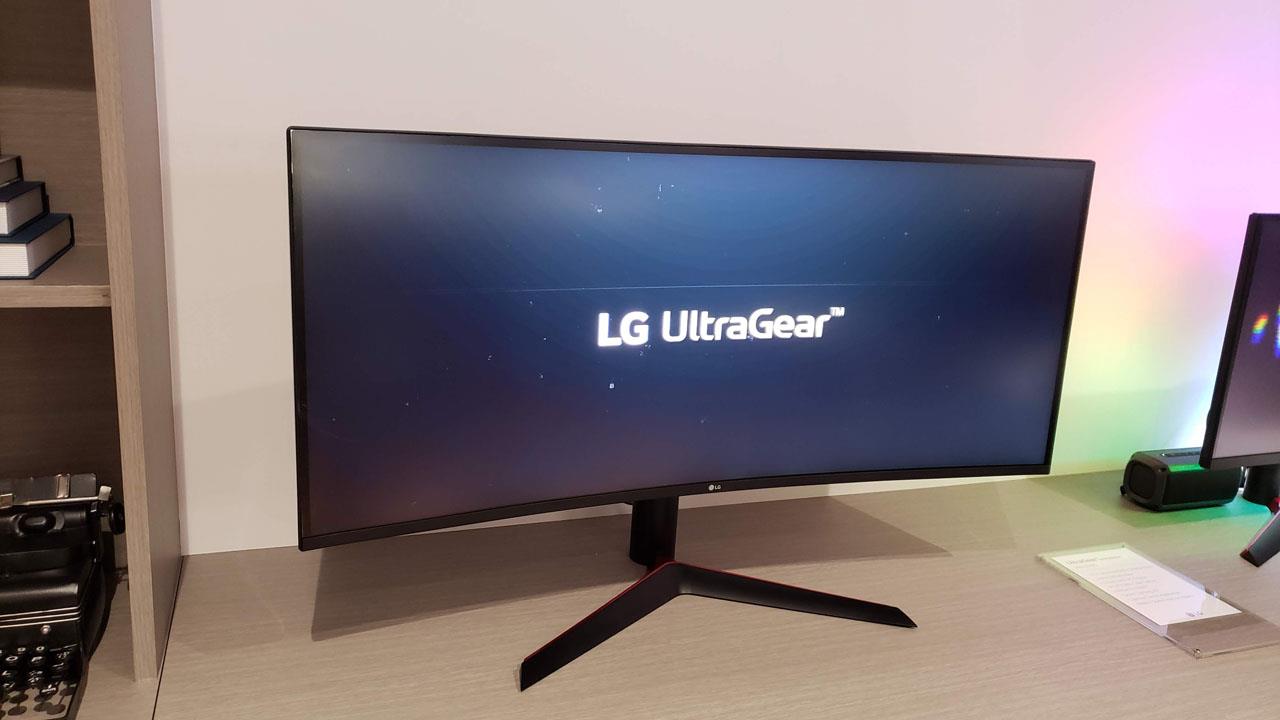 For gaming, there's the 38GL950G which is a 37.5-inch QHD+ display that can run at 144Hz and is G-SYNC compatible. Yes, G-SYNC. Most monitors I saw up until this point were FreeSync, but LG went Team Green on this one. The panel is curved and features RGB lighting in the back, which you can customize. Suffice to say, this one had me drooling as a gamer. 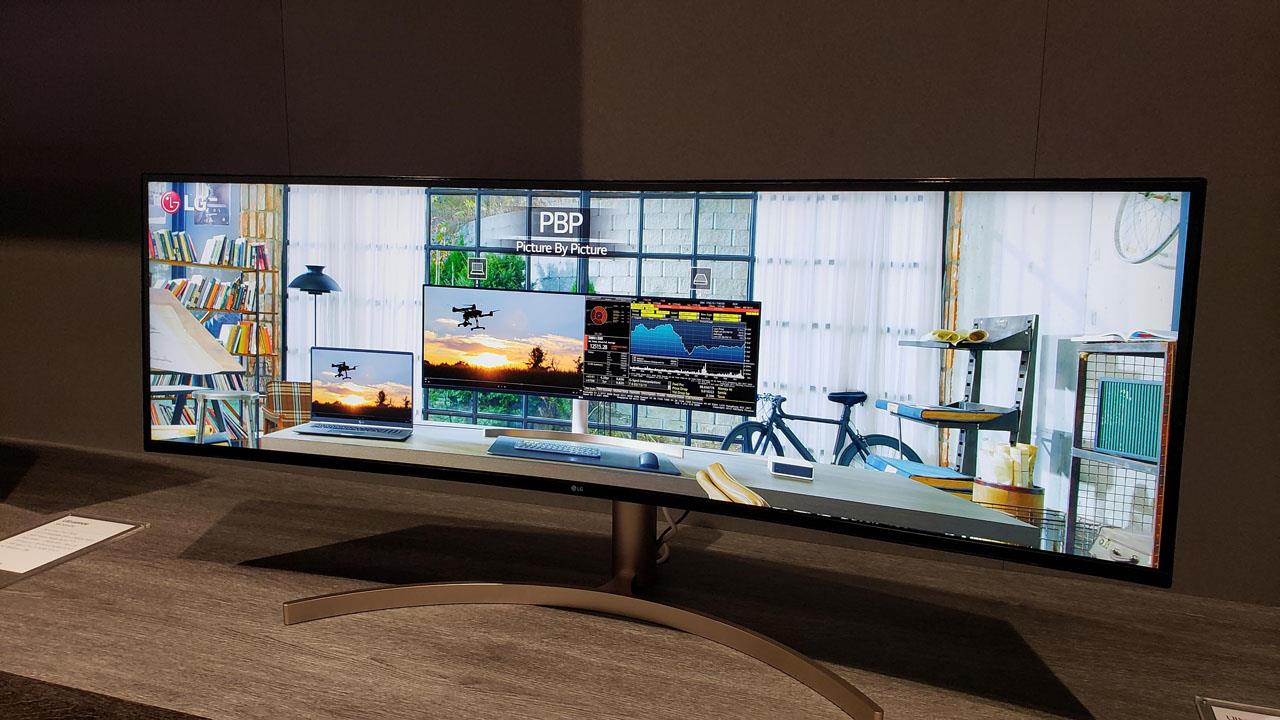 But the one that truly had me speechless was the 49WL95C. We're talking a 49-inch Dual QHD display that has HDR 10 and spans as far as the eye can see. It's like having two monitors in one and when you split the content down the middle with two different windows on either side, it's a sight to behold. They even had one display with two on top of each other for an ungodly amount of real estate.

No prices or release dates was talked about, but you can bet the 38GL950G will be one that I'm looking forward to trying out. For the developer in me, that 49WL95C is a monitor that I would die to have on my desk when working with Visual Studio.