GameStop has Pip-Boy 2000 discounted until they are gone

The Wand company made a pretty cool Fallout 76 Accessory in the Pip-Boy 2000 Mk VI.  Apparently they didn't have any issues getting it manufactured and delivered to GameStop to sell, but with the game not performing well and a rash of negative news tied to it, it is not surprising that the accompanying toys and collectibles also have not fared well.

Although poor reception of the game may not have a major impact on sales, The Wand Company and GameStop have discounted the Pip-Boy 2000 Mk VI Self-assembly construction kit from $149 - $99 until apparently, they are sold out.  From what I have seen, it may be a bit of a bear to put together, but once it is, is pretty cool.  So if you didn't sell out for the Power Armor edition and its canvas bag issues, maybe this is the opportunity to grab a Fallout franchise collectible and save a little money. 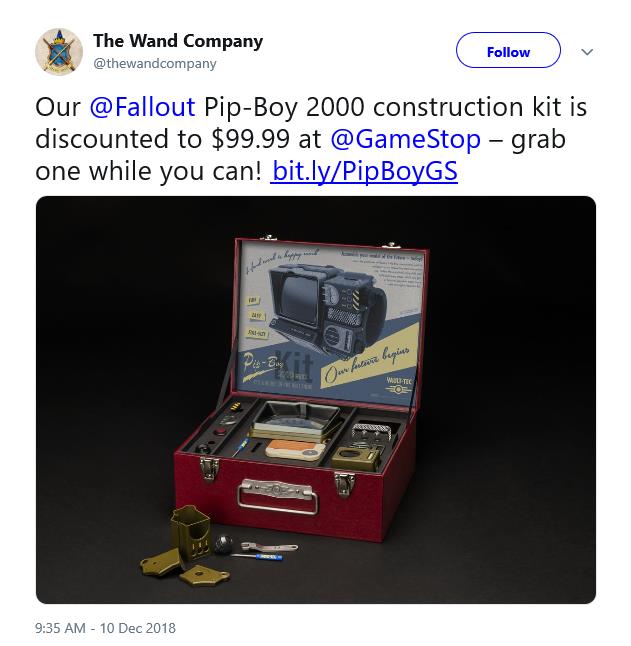