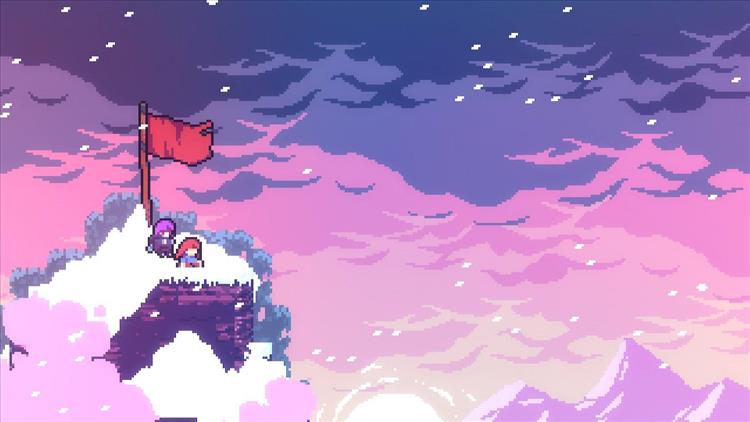 The Game Awards, hosted by journalist Geoff Keighley on Thursday night, has figured out how to be a pretty good show. It’s only gotten better since its debut in 2014, hot on the heels of Spike TV’s defunct and mostly embarrassing Video Game Awards. There were a lot of good moments last night. Like how my headphone mic immediately died so the rest of the crew didn’t have to hear my jibber jabber in our Discord channel. There was the “Read it, boy” moment from God of War’s new voice of Kratos, Christopher Judge. And the point when our own Matt Mirkovich was unable to keep his cool during the Persona/Smash Bros. announcement. With Keighley’s incomparable connections in the industry, The Game Awards has turned December into the hottest month of the year for ginning up hype about our beloved hobby.

Zachary Atwood
I've dipped back into the world of Xbox One, where I find myself chasing achievements and focusing on some of the indie games I've missed in between triple-A titles. I recently perfected Oxenfree and am planning to finish my playthrough of Q.U.B.E 2 this week. After that, I'm excited to play some Celeste, as I hadn't really heard about it until seeing its nominations for The Game Awards. The group of friends I play Xbox with are also looking to find some new social games, so I may spend some of this weekend with Human: Fall Flat and Homefront: Revolution. In an ideal world (one where I have all the hours I need), I'd find a way to grind some more power in Destiny 2 so I could try the new raid this weekend, but I've found myself way too busy recently to sit down with an investment game like that.

Sean Colleli
I have been informed by my brother that he has it on good authority that Santa Claus is bringing me Super Smash Bros Ultimate for Christmas. So, as tempting as it is to rush out and buy a copy right the heck now, I will resist the Bacchanalian feast of fanservice and crossover beatdowns this weekend. Instead I'll keep playing through the various alternate DLC campaigns in Shantae: Half-Genie Hero Ultimate Edition. My wife has been gleefully enjoying the whole Shantae series as I introduce her to each game in sequence, and after completing the main story in the latest game I'm trying to beat Jammies Mode. It's infectiously cute in a cheesecake sort of way, but fighting bosses in your skivvies while trying to invite them to a slumber party is a jarring difficulty spike. It makes more sense in context.

I'm also going to dive headlong into Xenoblade Chronicles 2, a game I received from my wife last Christmas but have never gotten around to playing (planning a wedding has that effect). By all accounts it is a massive, sprawling RPG in the fine tradition of the Xenoblade series, so now that I have some vacation coming up, I can give this sumptuous adventure the time and attention it deserves.

Dave Gamble
After admonishing myself for allowing my iRacing subscription to expire a couple of years ago, here I am doing it again. Things are different this time, though, because I now have rFactor 2. While Project CARS 2 failed to fill the void left by the absence of iRacing, I am finding rFactor2 to be an excellent substitute, most of the time. As with anything fed by mods, the quality of each track or car can be quite unpredictable. With experience, however, I can now routinely find good combinations and track and car that provide the best force feedback, which is by far the most critical component of PC racing. Project CARS 2 could, through a lot of time and effort, provide a fairly decent feel, I could never get it to feel as subtle yet communicative as rFactor 2 does. The AI is good enough that I can stay in touch with the back of the field for a couple of laps, but I turn it down to 95% to better match my (lack of) talent. The AI drivers mimic iRacing's human driver behavior very precisely—they will block me, they will bump me as I try to pass them, and they will give me a tap from behind if I get a little too slow in a turn. My only real gripe is that if I am the one to bump a competitor from behind, he drives blithely away while my car goes into an unrecoverable spin. I suspect that to be the developer's way of keeping me from just bumping my way to the front, à la Max Verstappen.

When I'm not driving, I'm flying. For the second time since I bought it, Aerofly FS 2 Flight Simulator has delivered unto me, free of additional cost, another payware-quality piece of DLC. The first was a Saab regional people-mover, but this one is absolutely right up my alley. Just as I tend to do with racing sims, where I tend to drive what I call "attainable" cars, I prefer simulated aircraft that I myself could someday aspire to fly in real life. In this case, the aircraft in question is the venerable Robinson R22 Beta II light helicopter. When I say "attainable," I'm really stretching the budget—an R22 goes for a quarter of a million dollars when new, and not a whole lot less than that for a relatively new used one. And that's just the start: other than a race car, there aren't many things that are as expensive to maintain than a chopper. That said, if you're going to rent a helicopter or take lessons in one, chances are good that it's going to be in an R22. They went whole hog on it too—they offer a reduced-complexity version and a "bet you can't fly this!" high-fidelity model. I opted for the latter, naturally, and...well...it's not the easiest thing in the world to fly, but I literally got goosebumps flying it in VR through/over New York City. The immensity of that city can only be appreciated in VR or an actual helicopter, but I can only afford one of those. It's good enough.

Randy Kalista
Gris (Spanish for "gray") is a young girl's Journey-esque coming of age story, set in a world of watercolor blotches and pen & ink architecture. It's one of the prettiest games I've seen this side of The Banner Saga. I haven't touched Gris yet. I've just been watching my eight-year-old daughter play. It's certainly a shift in perspective from her usual trips through Whiterun and Bleak Falls Barrow.

One of my true loves is now BattleTech. With six or seven months of post-launch fixes, and the recent launch of the BattleTech: Flashpoint expansion, Harebrained Schemes has smoothed out a lot of wrinkles in what's become my favorite strategy game of the year. Not just because I've had a "coming to Jesus" moment in regards to giant robots and lasers. Not just because my MechWarriors' are impressively cognizant of the social, political, and economic realities we see in the 21st century. It's for of both those reasons, and because BattleTech introduces gravity and authenticity to the administrative and logistical realities of being a small-business owner, even if that small business is a mercenary company.

John Yan
This weekend I'll be back into 7 Days to Die, building up the base, looting, and trying to get my character all geared up. I'm still pretty fragile from zombie attacks, but with Dan building a bicycle for us, I should be able to get around a lot better and loot more places.

And I'll also be building a brand new gaming station. I think it's about time I upgrade to the latest and greatest so I'll be hitting Microcenter this weekend to play PC Builder 2018. I was going to wait to see what AMD had to offer, but some parts came in sooner than I thought on my end, so, it’s time to make a new PC to last me a few years.