In the ongoing push to keep fresh content coming, the details of Tom Clancy's Ghost Recon Wildlands Special Operations 3 (GN Review) update were announced today.  They continue with adding new content as promised, with the emphasis on this update to the PvE and PvP portions of the game. 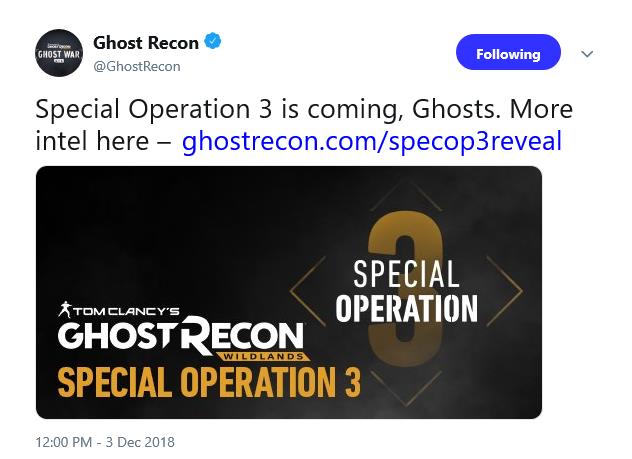 In addition, there are new maps and classes, missions and rewards, new photo mode and an update to Year 2 pass holders. Below are the details from the official site of what is coming along with a graphic showing the updated roadmap:

PvE Mission and Rewards: Special Operation 3 will contain a free PvE mission and other rewards.

PvP Classes + Maps: Two Ghost War classes inspired by the Special Operation 3 theme will join the fight. We will also have two new maps for you to test their kits on.

Year 2 Pass: Year 2 pass holders will get access to another pack containing community-requested items, as well as early, direct access to the Ghost War classes starting December 11 for one week.

Photo Mode: Capture your epic moments and the beautiful scenery of the Wildlands with our new Photo Mode feature.

Prestige Economy: Based on community feedback, we will be implementing further updates to the Prestige Economy that build upon the changes from Special Operation 2. We’ll have more information coming soon.

New Customization Items: More than 90 new items will be added to the store, including a new pack related to the theme. 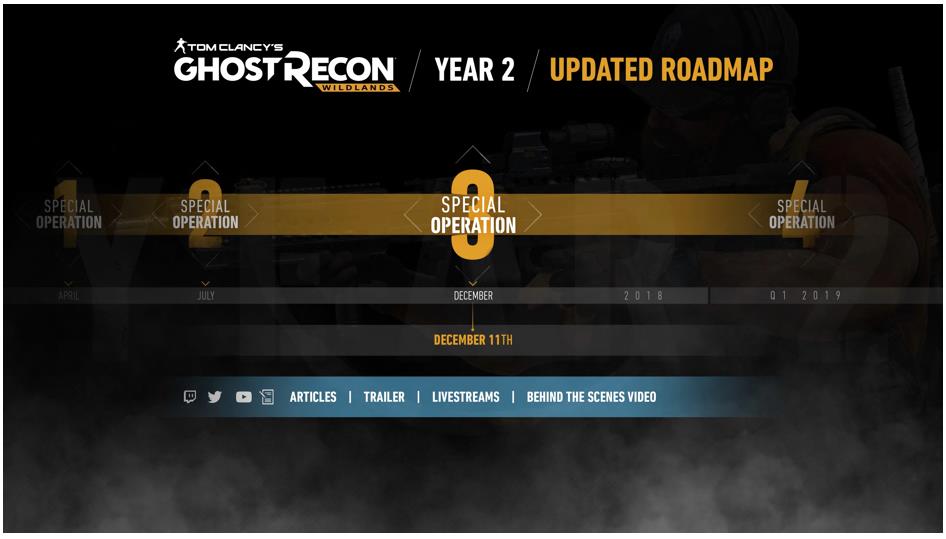