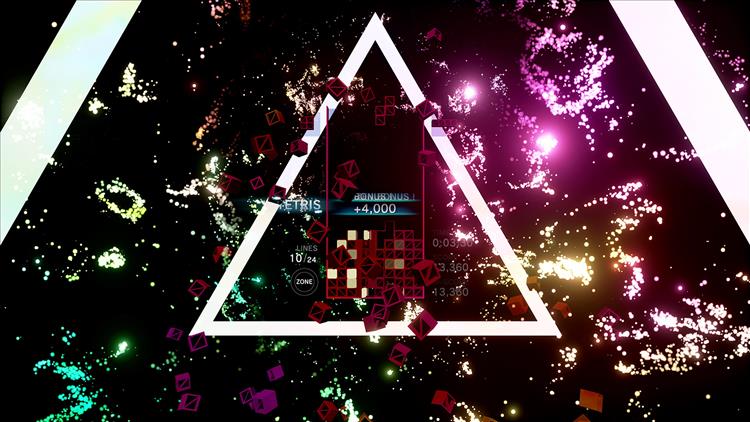 A video game that lets you play as a prisoner or a guard at a Nazi death camp has been put on hold indefinitely. Comicbook.com breaks down all the video game cameos in the Ralph Breaks the Internet movie. And film director Peter Jackson loves video games but won't make a game based on his upcoming Mortal Engines unless the movie is a success first.

Sean Colleli
I'm getting deeper into Far Cry 5. My wife Brandi likes watching me play because she's from, *ahem,* the country and says the game is basically "about her family." Take from that what you will, but she's enjoying my city slicker astonishment at the prepper caches and how you get free XP points by collecting the hunting magazines within. I also ran right over a cow last night while chasing some cultists, which Brandi confirms is a very real risk when joyriding out in the sticks. I know it wasn't a real cow but I still felt kind of bad about that.

Dave Gamble
I've been doing a lot of wish fulfillment via the Rift. It all started when I was walking through Sam's Club with She Who Pays the Bills when she saw $50 Steam gift cards selling for $47. She has only the faintest understanding of what Steam is and the role it plays in my life, but she gets a $3 discount. "Want one?"  Of course I did. I spent it the moment I got home, which was a surprise for her as she has no idea whatsoever how many things I have in my Steam Wishlist. In this case, I went for rFactor 2. Yes, I already have Project CARS, PC2, Assetto Corsa, a half dozen old Codemaster's F1 games, Automobilista, DiRT 3, DiRT Rally, iRacing and a host of lesser racing sims, but RF2 has something none of the others have, except iRacing: Lime Rock Park. The iRacing version is great, of course, but I prefer to race against AI. RF2 brings a reasonably good Lime Rock track, VR, and better-than-PC2 AI to race against. I'm having a great time with it.

I had a little left over from the Steam card which I transferred into cash by applying some man-budgeting. Man-budgeting is when I have money allocated to something else which I ultimately don't buy and just re-allocate to something completely different. In this case, I took $10 to the DCS store to buy a DLC Spitfire campaign. I recently rediscovered the Spitfire after watching the Battle of Britain movie again, and I'm now left wondering why I stopped flying it in the first place. Granted, the interior looks like something out of a farm tractor factory, and the Rolls Royce Merlin can be as temperamental as a mishandled hand grenade, but oh, does it ever fly like a dream! It's also quite nimble down low and can easily out-turn a Bf-109, which begs the question "Why do DCS Bf-109 pilots always get into a turning fight with Spitfires?" I can usually get in behind one unnoticed and take my first shot. If I miss, which is 90% of the time, the Luftwaffe guy starts a tight turn, descending the whole time to keep his energy up. Once he gets low enough that he can't descend anymore, he will make a zoom climb into the sun, hoping that I will lose sight of him. That works, sometimes. If it doesn't, well, I get to paint another swastika on the side of my plane. Oddly, I don't feel the same kind of mild remorse that I do when I put a bullet through the head of a cute blond in Far Cry 5—with the Spitfire, shooting at a German fighter doesn't feel anything like killing a man. It seems more like winning a race or some other type of contest between machines. It's surprisingly dispassionate. I have yet to decide if that's a good thing or a bad thing.

Fortunately, very fortunately, all of that will be set aside later today when I take possession of a hand-me-up PS4. It's "hand-me-up" because it's coming from my daughter. She's a gamer, and she (smartly!) married another gamer. They found a PS4 Pro 1TB bundled with Red Dead Redemption 2 for $399, which apparently was a good enough price for them to decide to upgrade their older PS4 to get the 1TB drive and whatever else comes with a newer model. They already owned RDR2 (of course! I brought her up right!), so I'm in line for the old PS4 and the RDR2 disc. That will be the end of everything—eating, sleeping, chores, etc.—for the next month or so. As with the first RDR, I am going into it with every intention of being a good guy. That didn't work out very well the first time I tried it, but I think it's worth trying again.

Charles Husemann
Red Dead Redemption 2 is waiting patiently for me on my PS4 but, for the life of me, I can't get motivated to play it. I know the game is great and it's going to be an amazing experience but I'm waiting a bit longer until Rockstar gets all of the quirks and bugs sorted. Until then I'm continuing my quest for my first prestige in Black Ops 4. I just unlocked the Cordite submachine gun which is a spray-and-pray lover's dream. Outside of that I'm hoping for the motivation to finish Rise of the Tomb Raider but more than likely it's going to be a BLOPS 4 weekend for me.

Randy Kalista
I went to Wikipedia's 2018 in Video Gaming page just to see what was even coming out this week. My head is so buried in Red Dead Redemption 2 that I'm staying up late with it, waking up early with it, and having my dreams narrated by it. Look, I grew up in Oregon. It was a country mile to the bus stop, a 45-minute ride to school, and that was into a town of only 9,000 people. That's not how I'm currently living. But moving into the woods, perhaps onto something backed up against BLM land, that's the dream. So, playing a game where an outside-the-law group of ruffians wax poetic about living the country life and bookmarking essayists talking about the idea of America—those are all things that get me very excited about continuing my already-too-long playthrough. There's a quote that goes, "Great minds discuss ideas; average minds discuss events; small minds discuss people." Taking that under consideration, cautiously, I can't help but empathize with a character like Dutch van der Linde, who's paralyzed with ideas, but has also been turned into an internet meme for not having a plan.

The only thing capable of shaking me from this stupor is, maybe, Tetris Effect. That's the only game right now that I'd pay full console prices for just to have on my phone. But it's not mobile. Tetris Effect is a game that I want to have in my pocket, ready to hijack the next five or 10 minutes of whatever else I should be doing during the workday, not be a thing I have to sit down for in my living room after all my chores are done.

Dan Keener
I am....unsure what I will be playing. With Red Dead Redemption 2 not out on PC yet, and with Fallout 76—still undecided despite 10+ hours of B.E.T.A. time in it—not due for another week, I may have to go back to a couple of standbys. We played a little GN staff PayDay 2 multiplayer last week and had a blast, so there is that option, but I may also jump back into Elite Dangerous, just to refamiliarize myself with the controls, earn a little cash and see where my ships are at throughout the galaxy.

Nicholas Leon
I've restarted the story in Red Dead Redemption 2. I played hard to get through it for review, completing the story in its entirety the day it launched, and now I'd like to get back into it, but take it slower. There is a lot to do in that game, and chatting up with some friends online, there seem to have been some really cool items I missed out on the first time I played it.