As we mentioned earlier, Bethesda announced that they were adding two more Fallout 76 B.E.T.A. sessions this week to the schedule, and have now updated it to state these will be the final two.  That makes sense with the game launching in little more than a week, but don't think that the team isn't done making improvements.  In a post just earlier today, it was announced that a new patch will be going in today and the Bethesda team is encouraging people to update their game before the next session.  I can tell you that as soon as I opened the Bethesda Launcher, it started downloading (as I do not have any restrictions on auto-download), so you can expect the same if you have it on PC.  Once the full patch list is published by Bethesda, we will post it here. 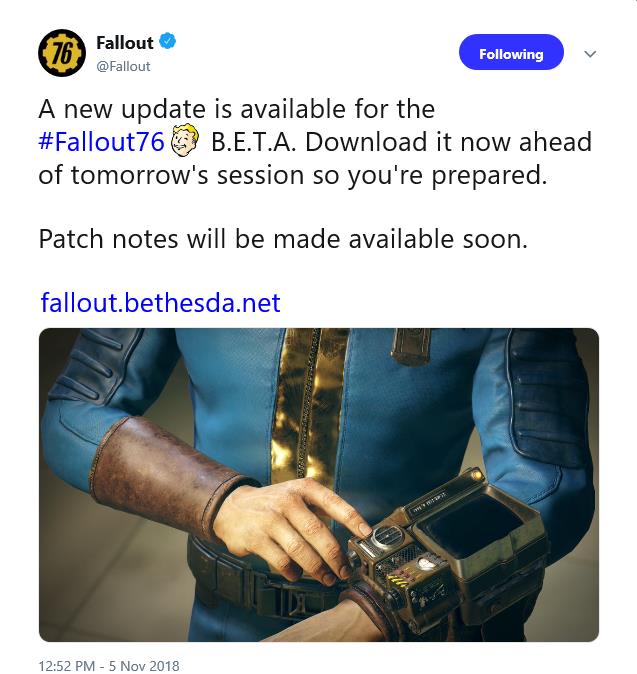